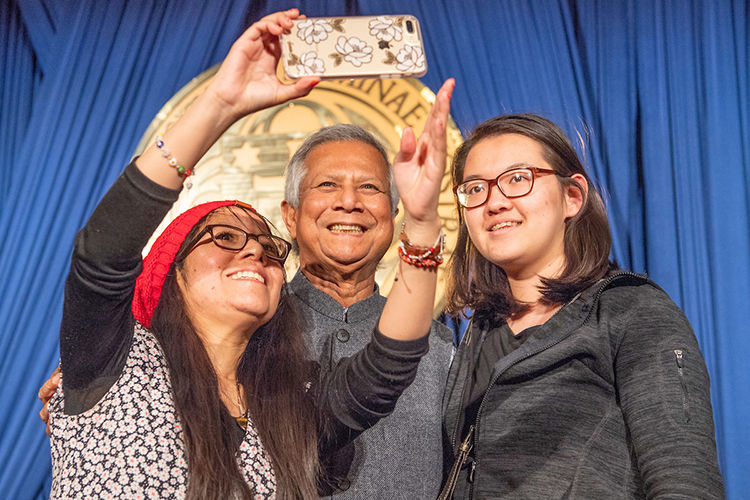 The selfie being snapped in this photo may not be worthy of a Nobel Prize — but its subject is.

Nobel laureate Muhammad Yunus (center) came to campus last week to give a keynote address as part of the Notre Dame Forum, which this year focused on the theme of globalization. Yunus won the Nobel Peace Prize in 2006 for his pioneering work in microcredit and microfinance. The Bangladeshi social entrepreneur is known as the “banker to the poor,” and talked at Notre Dame about his efforts in poverty alleviation and sustainability.

While on campus, Yunus also received the Kellogg Institute's Ford Family Notre Dame Award for International Development and Solidarity . . . and took some time from his busy schedule to pose for photos with audience members and fans.