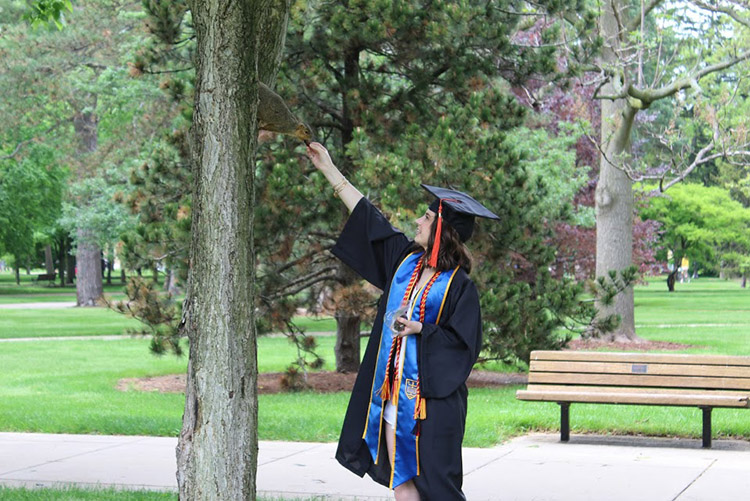 Another commencement weekend has come and gone, signaling the start of a new chapter for more than 3,000 Domers. But the graduates and their families aren’t the only ones who’ve had a big week. Somewhere on campus right now is at least one very happy squirrel.

Sarah Drumm ’18 developed a habit of sneaking leftovers to the campus squirrels over her four years at ND —  “I know feeding them makes me an enabler,” she says, “but they’re just so friendly!” — and when she had a spare brownie in her lunch on graduation day, it only seemed right to pass it off to a nearby critter. After her family snapped a candid shot of the encounter, she learned she’s not the only Drumm with an affinity for the creatures: Two older siblings who went to Notre Dame also loved feeding the squirrels, and possess almost identical photos that were taken of them in their own caps and gowns.

The computer science major and Cincinnati native is headed to a software consulting job in Chicago for her next step. As for the squirrel? We have a feeling its next task is tracking down some of those leftover graduation sheet cakes.