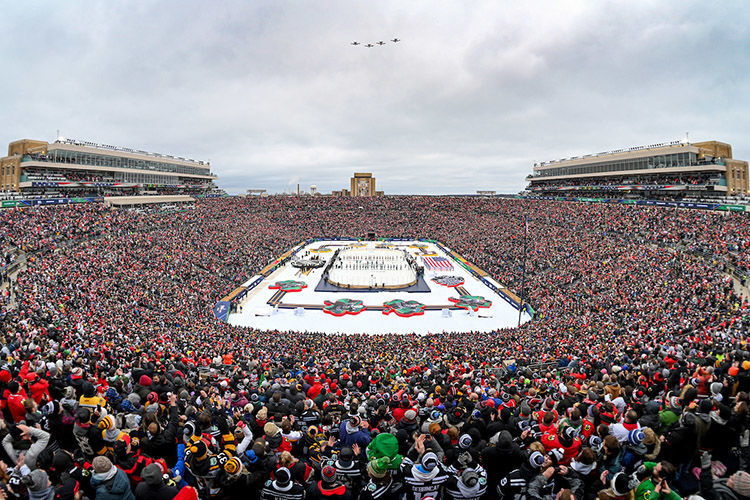 While our football players were preparing for their postseason efforts over Christmas break, their home turf was getting ready for something else entirely — a hockey game played in the middle of the field.

The NHL Winter Classic moved into Notre Dame Stadium on New Year’s Day, when the Chicago Blackhawks faced off against the Boston Bruins before a sold-out crowd. In addition to gameplay that fans have called some of the most exciting in the Winter Classic’s 12-year history, the match featured a halftime performance from rock quartet Weezer and, as pictured here, a flyover by four A-10 aircraft.

In this matchup, the Bruins emerged with a 4-2 victory. As for that other big game played over New Year’s weekend? Well . . . at least there was that cool moment with the eagle.