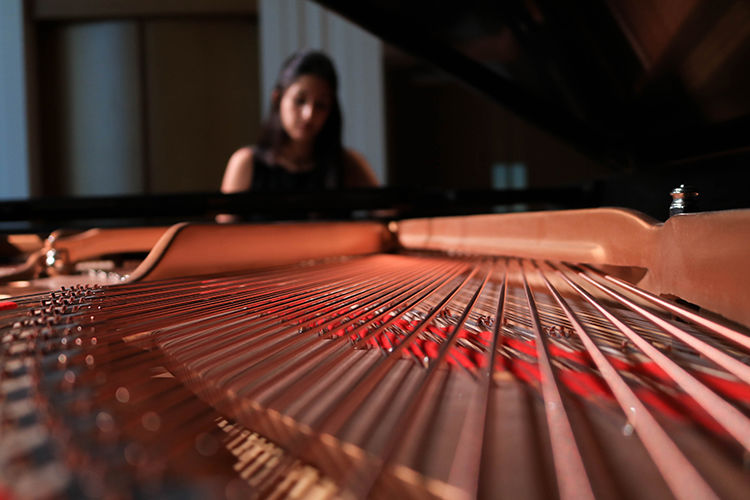 Who says student recital posters have to be boring? Seniors Maria Vigil and Dani Meersman sure don't.

In preparation for her final-year piano showcase — scheduled for April 14 in the new O'Neill Family Hall's LaBar Recital Hall — music and pre-health major Vigil turned to Meersman, a studio art major with a photography concentration, to give her promo materials a bit of added oomph. This was one of the shots created during the pair's rehearsal session/photo shoot.

Vigil's recital will be one of the first student performances held in LaBar. Vigil says that the new space reflects an important commitment to the arts at Notre Dame, and Meersman adds that it also has great lighting — "which is always a photographer's dream." For more on Vigil's recital and other upcoming student concerts, click here.

Meersman is the latest in a series of student photographers who are illustrating student life this semester for Photo of the Week. A Mishawaka native and Lyons Hall resident, she has served as a program photographer for the Dublin Global Gateway and as the managing editor of visuals for the 2017-18 Dome yearbook.