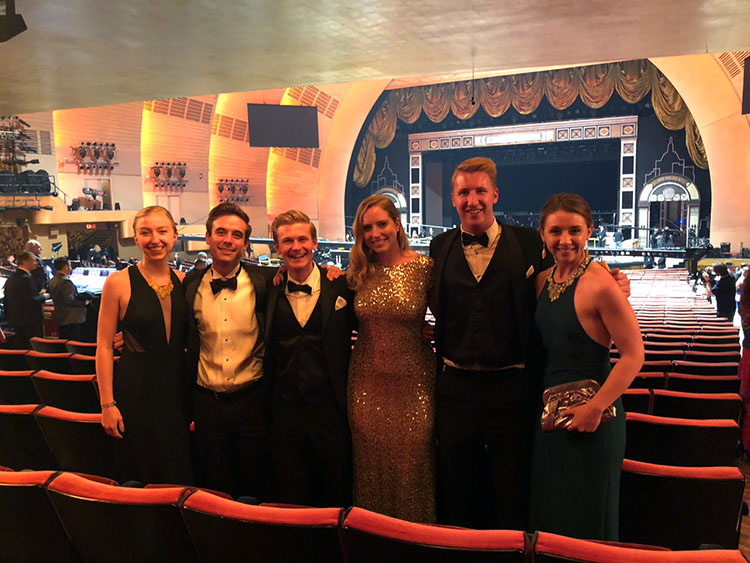 At this year’s Tony Awards, a special hashtag — #TonyDreaming — encouraged the public to get in on the spirit of the night by sharing photos of their own long-ago theater performances. But for these six Domers, those Tony dreams came true.

The group (from left, Evie Bauman ’16, Joel Ostdiek ’16, Jacob Schrimpf ’16, Theresa Saad ’17, Paul Stevenson ’19, and Lesley Stevenson ’16) served as “seat fillers” at the June 10 ceremony, shuffling in to fill empty seats whenever attendees left their chairs to present or accept awards or use the restroom. The show’s producers need to have a full-looking house whenever the cameras pan to the audience, so seat fillers are expected to dress and act the part of the Broadway elite and blend in with their temporary seatmates. Seat fillers can even get close-up screen time during the broadcast — as Bauman did when Nathan Lane walked past her to accept the “best featured actor” award for his performance as Roy Cohn in Angels in America.

Playing dress-up and flexing their acting muscles came naturally to this crew. All were involved in the performing arts at Notre Dame, from marching band and campus choirs to PEMCo and FTT. So who knows? Maybe next year they’ll be back as nominees.