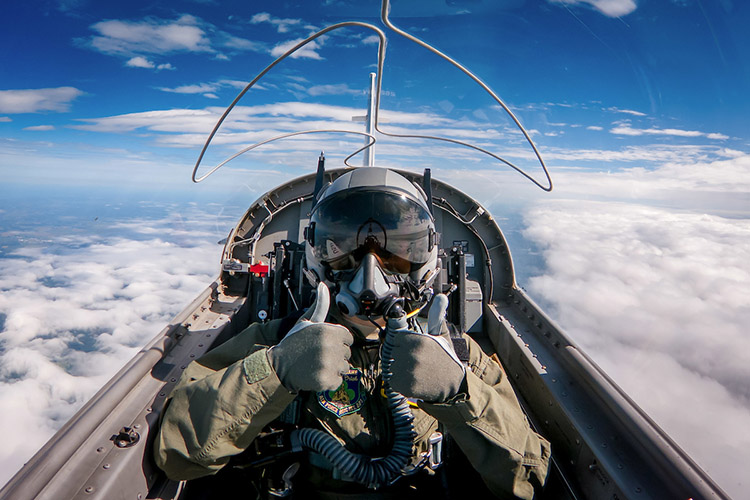 When the Air Force came to campus earlier this month for a football-stadium flyover, University photographer Matt Cashore ’94 expected that they’d say no to his first question: "Can I hop in?" But, to his surprise, he got a "yes" out of his second query: "Can I put a GoPro in the plane?"

Cashore has used remotely-placed GoPro cameras to make photos before — from the inside of a hockey net, for instance, or the backboard of a basketball hoop — but he wasn't sure how it would go when he positioned the equipment inside a moving T-6 trainer aircraft. Before the pilots took off, first for the flyover and then for an Air Force ROTC training exercise the next day, Cashore attached the GoPro to the glass top of one of the planes via suction cup and used the camera’s time-lapse mode to trigger the shutter. He captured one image per second during the flyover and one image every five seconds during the ROTC flight, which makes for a lot of photos of not-so-interesting moments like taxi and the wait for takeoff. "I just had to hope that the timing worked out to capture the right thing at the right time," he says.

In the case of this shot of sophomore AFROTC cadet Jill Ruane, we’d say it worked.