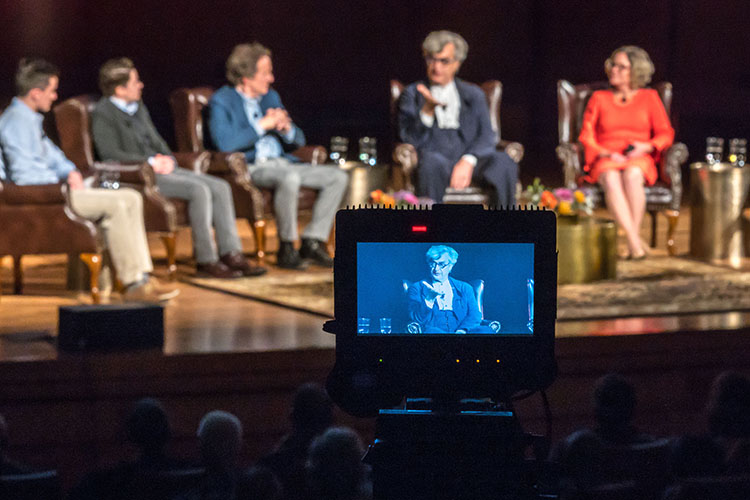 A few weeks ago, we told you about the first event in the 2018 Notre Dame Forum, a conversation on writing featuring the award-winning novelist Marilynne Robinson. On Wednesday, October 7, the German filmmaker Wim Wenders came to campus for the forum’s second major event, held at the DeBartolo Performing Arts Center: a screening of Wenders’ new documentary, Pope Francis: A Man of His Word, and a Q&A with the director.

The film draws from eight hours of one-on-one interviews with the pontiff, in which he gives his answers directly into the camera — creating the impression for viewers that Francis is speaking directly to them. After the screening, Wenders told his Notre Dame audience, “My hope is that some of the courage and positive energy and deep belief of Pope Francis rubs off, and that being eye to eye with him somehow gets to you.”

For now, those of us who haven’t seen the film will have to settle for being eye to eye with the filmmaker — as captured in this image-within-an-image by University photographer Matt Cashore ’94.