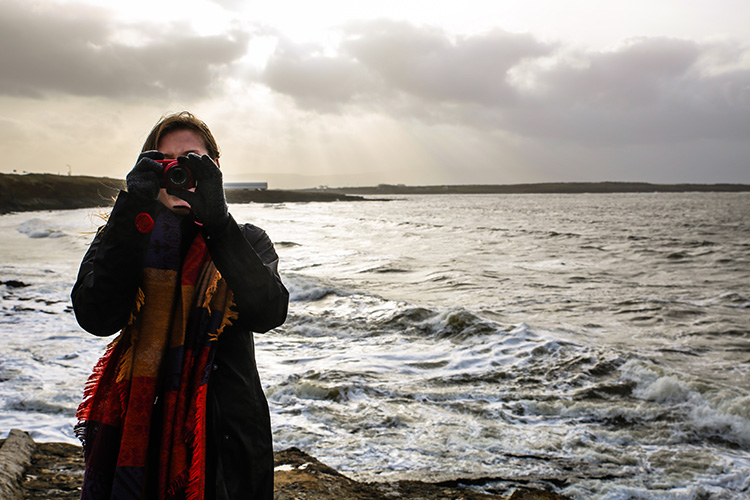 Say cáis! Thanks to the Dublin Global Gateway, our photo this week comes all the way from the Emerald Isle — where “cheese” is “cáis” in the native Irish.

The latest batch of Notre Dame students to study in Ireland launched their semester a few weeks ago. This week they headed west for the Yeats Winter School conference in County Sligo. When they weren’t sitting in on lectures and panel discussions, the group toured the countryside that inspired so much of William Butler Yeats’ poetry. This photo comes from their stop at Rosses Point, a coastal town where the poet spent his childhood holidays.

In addition to welcoming new students, Notre Dame’s Dublin program marks its 20th anniversary in 2018 with a just-announced anniversary celebration, slated for August 13-17. Want to join in the fun? Learn more about the celebration here.