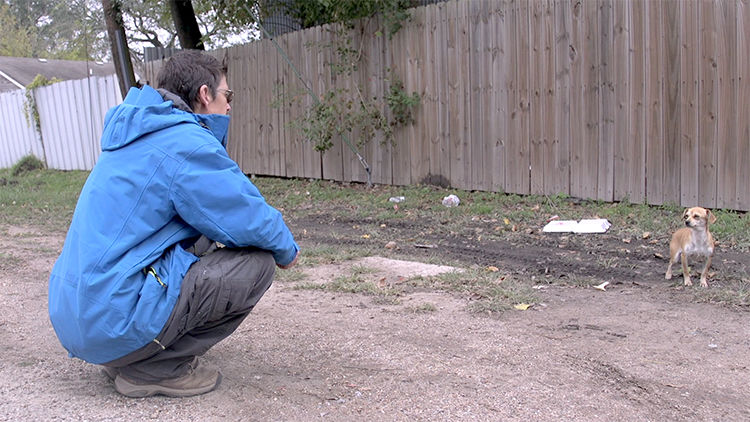 As last weekend began, several campus happenings kicked off along with it: a week of frigid temperatures, the final days of January, and Notre Dame’s 30th annual Student Film Festival.

Three decades in, the goal of the fest remains the same as when it began: to showcase student film work to an audience other than the creators’ Film, Television and Theatre Department classmates. This year, more than 150 student projects created over the course of a school year were pared down to around 10 selected for viewing at the DeBartolo Performing Arts Center.

The projects represented a wide range of directorial styles and genres, varying from suspenseful horror stories to documentary-style nonfiction pieces. The Audience Choice Award, appointing the festival’s fan-favorite picture, was given to a documentary film this year: Shelter Me, created by senior Zach Lawson.

Our photo this week depicts a still from Shelter Me, a film that follows animal photographer Nanette Martin. Martin specializes in professionally photographing sheltered and homeless pets and animals across the country. Her aim is to assist in the adoption of the animals she photographs by making them look just that — adoptable. Her work, entirely funded by donations, has been featured in PurinaOne commercials and, via Lawson, has now made its way to the Notre Dame screen.