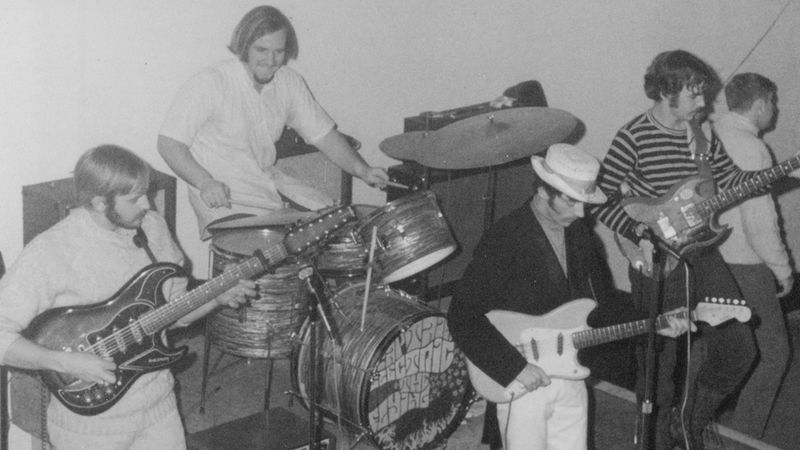 I must have been the luckiest kid on the block when, back in high school in New York City, my buddies let me into their band, the Malibooz. “Yeah, you can play bass,” said Johnny Z.

“Great, what’s bass?” I’d had a few piano lessons, with mixed results. But in a week or so I was playing “Help Me Rhonda” and “Nadine.” Now here I am, 52 years later, still playing in bands and wishing I’d never sold that ’63 Fender Precision bass, which today is worth as much as a decent used car.

We played high school dances, the Riverdale VFW (always a hot spot) and even recorded a demo in 1965, after gigging at the New York World’s Fair. On the seventh floor of NYC’s famous Brill Building, a chunky, loud Jewish producer listened and said, “Where’d you record this, in a toilet?” Little did we know that, upstairs, people like Carole King were writing Top 40 hits. With a new Beatles or Stones No.1 hit coming out weekly, every kid I knew wanted to play in a band. That’s where the action was, the lure of the hit record, and the best buddy times imaginable. Not only could you meet girls, you were paid to party.

In my freshman year at Notre Dame, 1965, I quickly located several other ne’er-do-wells and we formed The Plague, challenging the ever-popular Shaggs for campus gigs. Then came The Soul Survivors in ’66, with the great Norm Zeller ’70 on Les Paul. “Love Potion No. 9,” “I Heard It through the Grapevine” and “Wild Thing” blasting off Sorin porch before games. And of course, we earned honorary membership in a then-fledgling ND underground of malcontents.

Fate intervened, however, when Geoff Gillette ’70 (an alien Shagg) approached me to form what would become Captain Electric and the Flying Lapels in the fall of 1967, a moment that time simply cannot repeat. With Gus Duffy ’64, ’68, an itinerant ND architecture grad, and Barney Schultz, a local powerhouse drummer, we began to play tunes by Buffalo Springfield and Jefferson Airplane, and experiment with an odd selection of refreshments new on the scene. We felt the magic that very first get-together.

Soon thereafter, with a light show by ND’s Mike Rider ’68 and John Flemming ’68, we opened the Delphic Oracle, a legendary psychedelic nightclub in a converted pizza joint on LaSalle Street. We played a lot of Beatles and Who songs and packed the place weekends. Money rolled in. This was a bit much for South Bend — letters appeared in the paper! The same town fathers who closed us down (not enough toilets) built us a much bigger club called Edison Light, where we performed with Rotary Connection and the Butterfield Blues Band.

Our manager, Ed Kurtz ’68, somehow got Cream to swing through South Bend — a huge turning point for all of us. Seeing Jack Bruce, Ginger Baker and Eric Clapton at the South Bend Morris Civic (only 300 people showed up) made your skin tremble. We’d never seen anything as powerful, as confident or as loud. Additional shows at Chicago’s Kinetic Playground planted the power of Led Zeppelin, the Grateful Dead, Santana and the Who’s Tommy firmly in our souls.

I discarded the Fender P-bass and would play Gibson EB-0s for years thereafter, just like Jack Bruce. We branched out and began gigging all over Michiana, into Ohio, Michigan and even in South Dakota. Captain Electric was on a full roll. The next year, 1968, we recorded an album, having written a rock opera for ABC Dunhill. This was the best piece of original music I ever helped assemble. Live performances brought audiences to their feet. Based on Beethoven’s Ninth, The Symphony still sounds pretty good today. We’ve always regretted it didn’t get a wider listening, as we were shuffled aside by the rush of new groups and new albums at the height of 1960s rock.

No matter. After a breather, we rejoined for two more years in Laurel Canyon, playing for nickels and dimes at every red and black bar in L.A. six nights a week. Canyon days, pretty girls and passing Jackson Browne, Joni Mitchell and David Crosby in the grocery store aisles. Even though we were running 50th in a race of 60, those were priceless times I’ll never forget. 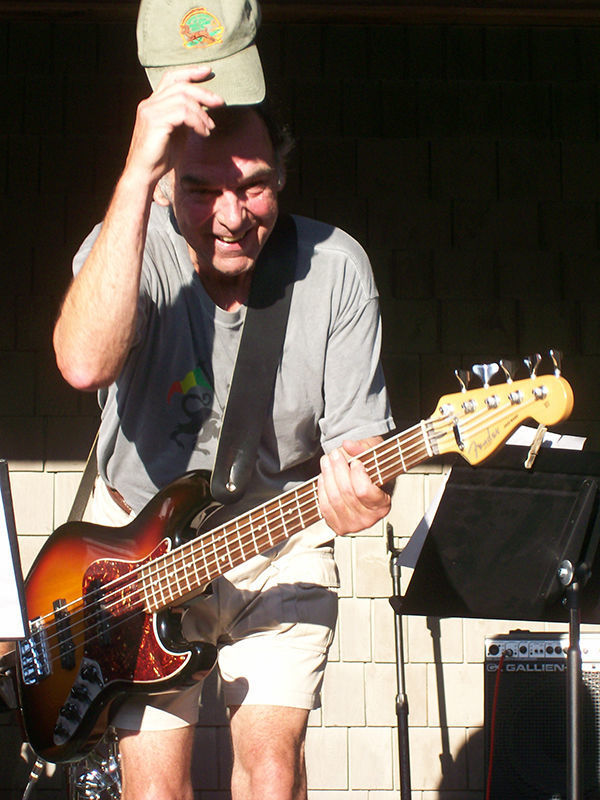 There was some disappointment when we broke up in 1971, but we’d made four years headway down a hard road. Gus, Geoff and I remain close friends, always in touch, never looking back without a laugh, and I’d like to think our loyalty, hard work and small triumphs remain as guideposts still.

In the 1980s I played rhythm guitar in Rhode Island’s Bad Habits, a dance band with three female vocalists. In the ’90s it was Cat’s Cradle, an unlikely jam trio with electric violin, electric bass and acoustic guitar: folk-fusion! Most recently I played with Sea Train, a Maine dance band with two female lead vocalists, one playing the sax and the other keys. This group played some of the best music I ever had the luck to be a part of. During a San Francisco reunion (there have been many) in 2013, I accidently bought a used Alembic Elan 5-string bass. It’s a beautiful instrument that’s had me starting all over again, with a whole new string to explore.

Nothing’s better than watching people dance and have fun. There’s always more to share, from on stage and off, and — given the choice — I’d prefer to go down trying.

Dennis Lopez can be reached at playbackplease@hotmail.com. His first book, Journeyman: A Tradesman’s Tale, a rambunctious account of his 40 years in residential building, mostly on Block Island and Martha’s Vineyard, is available on Amazon Books.