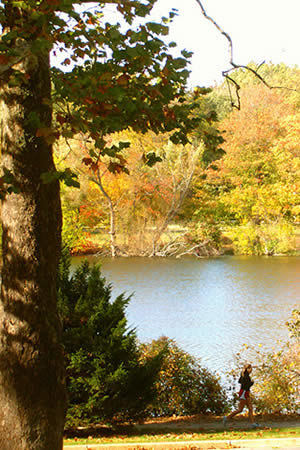 I was about two months pregnant with our twin girls when my husband and I had our first discussion about where they would go to college. Since we are both graduates of Notre Dame, I answered: “They are going to be Domers, of course.” He said, “What if they want to go to USC?” My response: “We’ll disown them.”

Of course, we wouldn’t do that. We will foster and support our children’s dreams no matter what paths they take. My husband was surprised, however, at my curt response. I have pondered that moment for quite some time, wondering where its quick response originated. Was it just a pure disgust for the Trojans? Perhaps a bit. Was it the first of many attempts to keep the chicks close to the nest? The first tinge of fear of that empty nest syndrome with which every parent must eventually deal? I think instead that it is just an absolute love and adoration of a place that has given me so much hope, knowledge, love and wonderful memories. Why would anyone want to be anywhere else?

This love was instilled from my father, a Notre Dame professor going on 35 years. This love resides not because ND football was on in our house every autumn Saturday while I lived at home. Not because I remember sitting on my father’s shoulders waving pompons at the Friday night football pep rallies. Not because we lived close enough to campus that I woke up hearing the band playing on Saturday mornings. While all this added to it, it was more the quiet things that Dad did while I was growing up. Those memories are sewn into the fabric of our family and make me so proud to be not only a Domer, but, even more so, his daughter.

I remember spending summer evenings walking around the campus lakes at sunset. I remember fishing for bluegills on the island of St. Mary’s Lake long before they put up the gate to ward off mischief. I remember baking bread for Sunday Eucharist at the Basilica. I remember going to parties at Galvin Life Sciences to celebrate another graduate student becoming a Ph.D. My favorite part was always when the new doctor would pop open a bottle of champagne, making a dent in the ceiling with the cork. She would stand on the table and sign the divot, adding her name to an ever-growing family of scientists and doctors, a promise she wrote in ink, vowing to make the world a better place.

I remember the 30-plus Thanksgivings when we sat down at a table surrounded by not only our own family but by graduate students who couldn’t make it home to their families for the holiday, and other faculty members who became much more aunts and uncles to me than Mommy and Daddy’s co-workers. Two graduate students have returned to my parents’ home for 13 consecutive Thanksgivings now, bringing their own children to meet their Notre Dame family. We were there for their marriage to one another and additions of two beautiful children. Some years, it is the only time that we all see one another. We are family now, though, and families spend holidays together.

Yes, by the time I stepped foot into the shadow of the Dome as a college freshman, I already had a lifetime of ND memories tucked into my heart. It was those memories that led my collegiate path to Notre Dame. I was actually considering taking up roots at another college in Indiana. My mother and I made it as far as campus visitation day when giddy future students gather in the large auditorium to dream of their futures. Everyone cheered and sang as the band marched in to the other school’s fight song. Everyone but me.

My mother looked over at me with concern as she saw the tears in my eyes. I said with a calm resolve, “It’s not the Notre Dame Victory March.” And with that, we drove home, and I mailed in my confirmation to attend the University of Notre Dame.

No moment made me more proud to be a part of the Notre Dame family than last year when my grandmother, living in Pennsylvania, fell and needed to have hip surgery. She called my father from the hospital room, and through her pain, surprisingly, he could hear her smile. She explained that when the surgeon came in to talk to her, he immediately recognized her last name. He then told the story of a Dr. John Duman, who taught him physiology at the University of Notre Dame. He spoke about this class being one of his favorite and how much he learned from and respected my father. And, of course, in true Domer Dynasty fashion, he added that his daughter was now at Notre Dame and planned to take my father’s class.

The next day, as my grandmother was wheeled into surgery, the surgeon reassured her that she had nothing to worry about; he had gone home the night before and reviewed the notes from my father’s class, having kept them for more than 20 years.

Perhaps these types of stories happen at other universities. I am sure that many alums return to campuses across the country with swelling hearts and overwhelming recollections of happy memories that shaped their lives and souls. If Notre Dame taught me nothing else, it is that there is an entire beautiful world out there just waiting for me to enter it. So I know that most likely, for my daughters, this world will stretch beyond the borders of South Bend. Looking back on that conversation with my husband, however, I promise two things to both my girls and to my father:

— I will show them all the wonders of Notre Dame, just as my family showed me. (They had a good start with their first trip to the Grotto at two weeks of age.)

— I will try to use these memories of love and family to create a grounded Catholic foundation in which my children can grow and flourish, just as my parents shared with me.

And if in 18 years, after all this, they still want to go to USC, well, I will buy a plane ticket to L.A., put on a smile and a Fighting Irish T-shirt, and try to give them as much guidance and love as my parents gave me. I will pray that they find a professor there who would invite them into her home for Thanksgiving, should they not be able to make it home to ours.

I just hope that they don’t make me wear a “Proud USC Mother” sweatshirt.