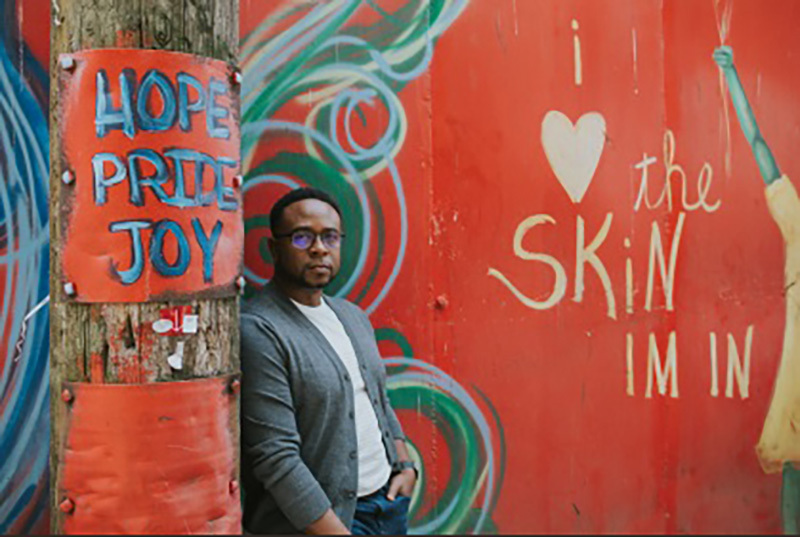 Education has been a constant throughout Jemar Tisby’s life, whether he’s filling the role of student, teacher or even principal. Tisby ’02 joined Teach for America after graduating from Notre Dame, then earned a master’s degree in divinity at Reformed Theological Seminary, Jackson and a doctorate in history at the University of Mississippi. In recent years, Tisby has turned to a new form of education, becoming a New York Times bestselling author and national speaker on the intersection of race and religion.

You just published a young readers’ edition of your most recent book, How to Fight Racism. How is that conversation different with kids?

It’s super hard to explain racism because it makes no sense on a certain level. Biologically speaking, we’re way more alike than different; the only physical difference is the amount of melanin in our skin. Spiritually speaking, it makes no sense that we would stratify people along racial lines if we are all equally made in the image of God and all in need of salvation through Jesus Christ.

The first struggle [for young readers] is just to explain what racism is. How do you take this construction that has its own inner logic, but is not based on anything static or eternal or natural? How do you explain that to a young person?

I use a lot of stories, a lot of personal illustrations from my own life and growing up. I draw on my experience as a middle school teacher and talk to kids in ways that they can understand. We also have some special features of the book, like a glossary and a parents’ guide to help make it more accessible.

What made you want to create a book specifically for young readers?

It was an intimidating prospect because you have to be so careful, so deliberate. And yet, I do believe we are living in the civil rights movement of our day. If we are going to take advantage of this opportunity for transformation, then it’s going to be an all-hands-on-deck, intergenerational thing. I have an 11-year-old son and I want him to grow up knowing the reality of racism. As Black males, we often don’t have a choice. We are thrust into situations unfairly where race is a factor, so I want him to be prepared. At the same time, I want him to feel a sense of agency that he can do something about the state of the world and that he does have the power to influence his own community.

I want all kids to realize that about themselves.

You’ve worked at middle schools as a teacher and a principal. How do those roles differ?

As the principal, your primary leadership is as a culture leader. That’s true in the classroom as well, but I realized this in a new way as a principal. Culture overrides curriculum every time.

You can have an excellent curriculum, but if your culture is negative — if your culture is one where students think they can’t achieve — then the best curriculum in the world isn’t going to make a difference. What has to be in place is a culture where kids feel physically, emotionally and intellectually safe, so that they can take risks and try and fail and learn along the way.

Are there any specific cultural changes in the classroom that you think are most important in creating equality?

We should cultivate a culture of curiosity rather than criticism around our differences, training ourselves and our students to ask questions instead of leveling judgment or saying “that’s different” and therefore negative or lesser. That’s one crucial aspect of it.

The second aspect is to treat kids like the human beings they actually are, and not coddle them by pretending as if race doesn’t matter. I understand the well-intentioned but misguided impulse of adults to say, “I don’t want race to matter in the world, so I will not teach kids about race or racism.”

But that’s not reality. That is putting our heads in the sand and hoping and wishing for a different reality. If we want race to be less determinative of life outcomes and our ability to flourish, then we need young people to understand as early as is appropriate that race does matter. And often, it has mattered in pernicious ways. But it doesn’t always have to be that way. I think it’s more helpful to tell kids about the harm that racism has done.  Don’t teach them to be colorblind, but teach them to be color-conscious in such a way that they can see injustice and seek to correct it.

How do you think social media has changed the conversation, not just around race, but around education, activism, religion?

It has accelerated the sorting of people. It hasn’t necessarily created new ideological camps, but it allows people to dive deeper into the echo chamber of their own side, which then has the effect of increasing their allegiance to their particular ideology. That just gets reinforced and reinforced and reinforced on social media. And then, when people hold different views, it’s not about the particular views or policy proposals. It’s about the fact that they’re the other side and therefore, they are my enemy.

In terms of a positive effect, it has created an egalitarian information economy. It’s not completely level, because of the way algorithms work and the fact that social media is a business. But it has allowed for people whose voices have been historically muted or silenced to have a voice. We saw this used by Black Lives Matter activists to great effect on social media to raise awareness about police brutality.

You can now get around those traditional gatekeepers, who have historically had the power to silence people. If an organization or an institution or a leader is acting badly, people can speak up on social media, whereas, before if their only recourse was to go through that institution, they might have been railroaded and silenced.

Interview by Julianna Conley, a senior majoring in sociology and pre-health studies with a minor in journalism, ethics, and democracy. She is the magazine’s spring 2022 intern.