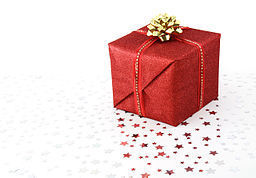 Santa was really generous back in the 1990s and early 2000s, at least to my brother and me. We woke up early every Christmas morning and bounded downstairs to peek at the mountain of gifts at the base of the chimney and beneath the Christmas tree, counting down the minutes until 8 a.m. when we could wake Mom and Dad up to open them.

One Christmas morning we woke up to find a roller coaster that spanned the length of our living room. Another year, after months of being told that video games weren’t allowed in our house, Santa delivered a Nintendo 64. And we could hardly believe the trampoline that somehow made its way down the chimney after that.

Not all toys are created equal, however, and we occasionally ended up with some of the elves’ mistakes. As every parent knows, toys aren’t always what they seem on TV — and St. Nick doesn’t always know what’s best.

Furby. For as difficult as it was to acquire these little guys in the late ’90s, I really expected more from Furby. The commercials showed gleeful children “teaching” English to the fuzzy creatures, but all mine ever wanted to do was eat and sleep. And both of these processes were pretty disturbing — feeding Furby meant sticking my finger in its beak and pressing on its tongue, and it fell asleep snoring with its eyes open. This dream toy turned out to be more of a nightmare, especially when it woke up in the middle of the night and demanded to be fed.

Easy Bake Oven. This classic toy should have been a dream come true for a kid with a sweet tooth like mine whose mom didn’t bake. The commercial showed dozens of beautiful little cakes and cookies, all baked in a stylish pink and white oven. But the pan always got stuck, the light bulb inside barely cooked the little delights and the portion sizes were so small it wasn’t worth the effort or the wait.

Cut N Style Barbie. Only slightly less creepy than the disembodied Barbie Styling Head, Cut N Style Barbie taught little girls everywhere that if they cut their hair it would instantly reappear. Like the commercial said, you could cut her hair “over and over and over and over…” — but only if you had an unlimited supply of extensions to stick onto the velcro patch on the back of her head. And I didn’t, so my Barbie rocked a permanent long-on-top, shaved-in-back look.

Glo Worm. Part stuffed animal, part nightlight, Glo Worm seemed like the perfect toy for kids who loved cuddly plush toys and still slept with a light on. By the time Glo Worm resurfaced in the mid-’90s, I was far too old to ask for one, but I pasted a cut-out picture of a pink Glo Worm to my construction paper Christmas list anyway. When the coveted toy finally arrived, I was disappointed to learn that A) its hard head made it terrible for snuggling and B) it was clearly meant for preschoolers.

Coyote fur earmuffs. I would have gladly taken coal over this Christmas gift, which I’m 90 percent sure actually made me cry. Santa — or Dad — should have known that a child who loved animals as much as I did would be horrified by something made from their skin. Instead of returning them, Dad tried to convince me that the coyote was already dead so I might as well get some use out of the earmuffs. I refused and ended up with yet another brightly colored fleece headband instead.

But in the end, it didn’t really matter what the presents were. From Barbies to Beanie Babies, Pokemon to Pretty Pretty Princess, my favorite part about the giant pile of glittering gifts was sharing that excitement and wonder with my brother. We’re both in college now, but come Christmas morning I’ll still tiptoe down the hall to his room, knock softly and whisper, “Merry Christmas” before I drag him out of bed to come inspect what’s under the tree. Or he’ll do the same to me.

Meg Morrison, this magazine’s summer and autumn intern, is the author of the “Dublin Days” blog, available at Blogs. Contact her at mmorri12@nd.edu.