As a child of the Midwest, I am a firm believer that in order to appreciate something fully, you must also experience it in its worst form.

In other words, you can’t truly savor a gorgeous summer day without first suffering through the sort of bone-chilling weather we had a few weeks ago. In the same way, though perhaps a bit more morbid, grief is only ever born of deep and genuine love.

I take the same approach to my long-distance relationship. 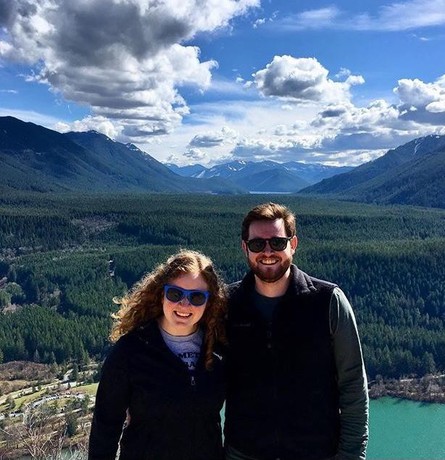 The author and his girlfriend hiking near Seattle. Courtesy photo

Caroline and I started dating in late September of 2015, our senior year at Notre Dame. We graduated eight months later and have not lived in the same place since. In fact, we haven’t even been close. Since graduation, Caroline has lived in Portland, where she studied for her masters in the art of teaching, and Seattle, where she is in her third year as an English Language Arts teacher at a Catholic middle school. In that same time, I’ve lived in south Florida for a few months, Ireland for a year, back home in Chicago for about six months, and now in Wooster, Ohio, where I’ve begun my career as a journalist at a local newspaper.

So, in more than three years together, we have lived in the same place for all of eight months. But that time together, though relatively brief, was glorious. We formed the foundation of our relationship while sharing the last of our senior year with each other, making countless warm memories that have helped sustain our relationship during our time apart.

And though it may not have seemed so at the time, I can see now that the end of senior year was blissfully carefree. Caroline and I had our own responsibilities, of course, and our uncertain future loomed, but we were together and we were in love, so none of that mattered. It was like summer.

The other two and half years, while we’ve been dating long-distance, have been the winter of our relationship.

But much like Caroline and I can appreciate the unique gifts of each season — her as a Vermonter and me as a Chicagoan — we have learned to look for the silver linings in our long-distance relationship.

The same way that Caroline looks forward to cross-country skiing each winter, she told me not too long ago that she likes living in different, diverse places because it means we have more stories to tell each other and deeper connections to make in our relationship. And while I personally prefer ice skating to skiing in the wintertime, I’ve also come to love that living apart from Caroline gives us a broader range of experiences to share, allowing us simultaneously to learn from one another and teach each other about our lives in our own little slice of the world.

But winter isn’t all skiing through evergreen-lined trails and skating on crisp sheets of ice. It’s cold and dark and sometimes downright depressing. And long-distance relationships are challenging. They require hard work, trust, commitment and clear, honest and occasionally even blunt communication.

But those are some of the same characteristics that are essential to any healthy, successful relationship. And the realities of sharing a life with someone from more than a thousand miles away mean you have to be more deliberate and thoughtful about every aspect of your relationship. So, I really do believe that being so far apart for so long ultimately will make Caroline and me stronger and more loving partners for each other.

This belief also helps us affirm our decision to commit ourselves fully to each other and to our own vocations — her as a teacher, me as a journalist. That decision has led us, for now, to different physical locations, but our love and respect for each other and our passions have kept us together. 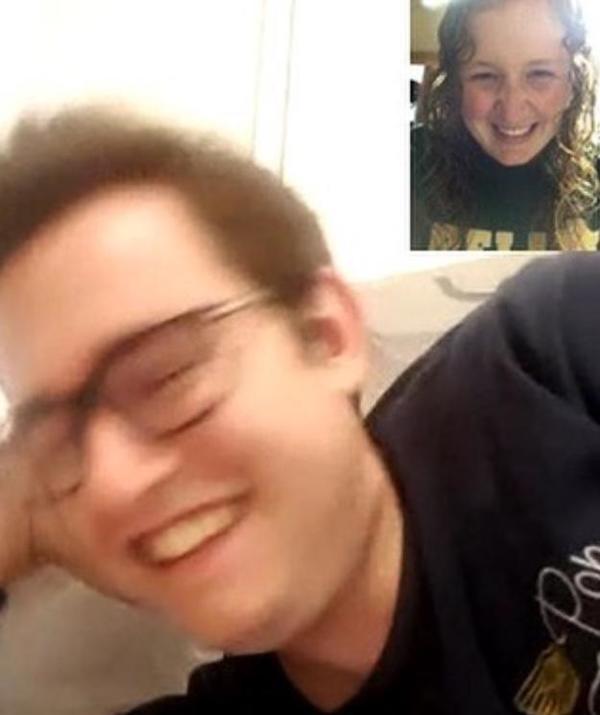 I know how dreadfully sentimental that sounds, but it’s true. Quite simply, Caroline and I would not still be together if we were not deeply and truly in love. And for me, this love that sustains us in our long-distance relationship begins and ends with Caroline. In the midst of this winter of our relationship, she is my invincible summer. I have given her my heart, and she carries it with her everywhere she goes, so that I may be there with her. Along the way, she protects my heart, holding it close to her own, and sharing with me all of the joys and sorrows she experiences on her journey.

Just last week, a few minutes after I got to work on Monday morning, she called to tell me, gleefully, that a blanket of snow had covered Seattle overnight, and school was canceled. After we hung up, I returned to my desk and my mind turned to the tasks I would have to complete in the week ahead. But my heart was with Caroline, reveling in the pure joy and wonderment of a snow day.

And as this actual winter surrenders to spring, and spring eventually gives way to summer, our relationship is preparing to change seasons, too. Caroline plans to move to Ohio at the end of the school year. She’s already begun applying for teaching jobs in the Wooster area, and for the first time in more than two years, we can talk concretely about the future of our relationship.

We’re not naive. Caroline and I know that living once again in the same place, especially a place still relatively unfamiliar to both of us, will have its challenges. For one thing, we’ll have to get used to spending so much time together after three years of seeing each other for a few days at a time every couple of months. But I hope that won’t really be a problem. After all, we’ll have a lot of catching up to do.

Still, for the first time as a couple, Caroline and I will have to balance jobs and friends and rent and real, adult responsibilities with spending actual time with each other, not just an hour or two on FaceTime each night. Unlike the end of our senior year, we’ll be living in the proverbial real world, navigating it together after years of making our own way. And though that might not be quite as difficult as a long-distance relationship, it will, no doubt, be tough in its own way, the same way that all relationships present unique challenges.

But we’ll be together, and we’ll be in love, so none of that will really matter. And it will be summer.