The campus community mourned the deaths of two students during the autumn semester. Ziqi Zhang, 19, a spirited Saint Mary’s College sophomore from China who took engineering classes at Notre Dame, died October 18 after colliding with a vehicle while riding her bicycle near the Saint Mary’s entrance on Indiana 933. The body of Colorado native Michael Thigpen, 23, a rock-climbing enthusiast and first-year student in the global health master’s degree program, was found in his off-campus home on November 13. The county coroner ruled Thigpen’s death a suicide. 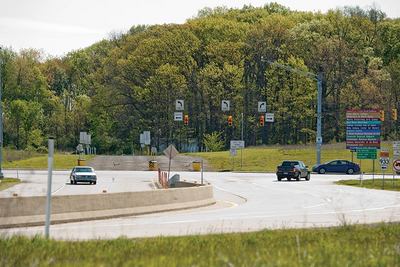 A plan to widen Douglas Road to four lanes and beautify the gateway to campus for motorists coming off the Indiana Toll Road by August also would more smoothly connect vehicle traffic with destinations on campus’ northern edge, proponents say. University officials also cite future growth — the indicated route would improve access to 120 acres of University-owned land north of the lakes — as a reason for the proposal, as well as the safety of employees who currently cross the two-lane Douglas Road. Under the plan, which faced a vote by the St. Joseph County commissioners as this magazine went to press, Notre Dame would pay to build the re-routed segment of Douglas along with bicycle and pedestrian paths that will eventually link campus to exercise trails leading all the way into Michigan. The county would be responsible for plowing and maintenance. Some area residents raised tranquility and safety concerns over the design that would shift Douglas — and expected increases in vehicle traffic — several hundred feet closer to University Village, Notre Dame’s housing complex for married students and families. But project advocates in the University architect and community relations offices say the installation of HAWK crossing sig- nals at key pedestrian rights-of-way will maximize pedestrian safety. 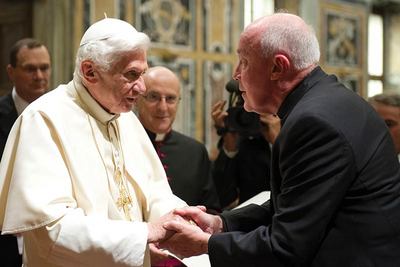 A “pretty obscure academic” is how Father Brian E. Daley, S.J., has thought of himself throughout four decades of studying the writings, sayings and lives of the earliest Christians. So imagine his surprise when the Catherine F. Huisking Professor of Theology was summoned to Rome in October to receive the 2012 Ratzinger Prize for Theology. Obscure no more, Daley received the “Nobel” of his field from the Holy Father himself, who praised the Rhodes Scholar and Jesuit’s work on the development of Christian doctrine by the likes of Saints Augustine and Maximus the Confessor as “exemplary for the transmission of knowledge that unites science and wisdom” and as helpful to discussions of Christian unity and relations between Catholic and Orthodox Christians. 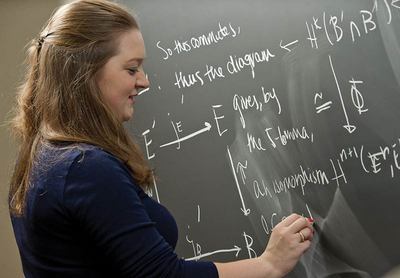 Murphykate Montee doesn’t do anything halfway. The senior honors mathematics and music double major from Sturgeon Bay, Wisconsin, played the grisly, pie-baking Mrs. Lovett in Opera Notre Dame’s 2012 production of Sweeney Todd and this coming April will sing the part of Sister Blanche of the Agony of Christ, the featured soprano role in Francis Poulenc’s Dialogues des carmélites. She’s also found time to write or co-write three articles on knot theory and related problems in topology and become Notre Dame’s first recipient of the Alice T. Schafer Mathematics Prize, a national award bestowed upon one undergraduate woman each year. At exam time, Montee was filling out grad school applications.

What began as a tease to the director of student programs at the American Pavilion of the Cannes International Film Festival led to eight current and former ND Film, Television and Theatre students rubbing shoulders with Alec Baldwin, Ewan McGregor and Tilda Swinton on the French Riviera — and making a documentary film about it. When Myriam Despujoulets made a presentation on campus in autumn 2011 to potential festival interns, FTT assistant professor Aaron Magnan-Park noted that she didn’t use a film and suggested she grant Notre Dame students exclusive rights to capture the American Pavilion internship experience at Cannes. She greenlighted the idea, and executive producer Magnan-Park and his team secured support from 10 different campus sponsors and began planning for the 17-day shoot last May. The result includes The Festival, a 12-minute look at the premiere screenings, red-carpet sightings and career-launching opportunities of Cannes, along with four featurettes on individual student programs and, naturally, a trailer. 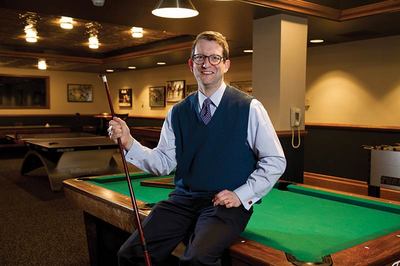 Not having a campus office has left John Soares with a broader view of office hours as a teaching tool, much to his students’ benefit — and his. In an essay published by The Chronicle of Higher Education, the adjunct assistant professor of history mentioned unusual but accommodating campus venues that help him drive home points he makes to students in courses on national security and the Cold War, such as the Air Force ROTC library, the hockey rink and the lounge outside the Browning Cinema. Soares’ favorite? The Brother Gorch Pool Hall in LaFortune, where he illustrates the analogy that historian William Appleman Williams once made between the satisfactions to be won by the difficult rethinking of America’s imperial foreign policy and the “demanding brand of pool” the historian had played “in the working-class bar he frequented while writing [his] book.”