Notre Dame Magazine is launching a Young Alumni Essay Contest. This competition is open to those who received a University of Notre Dame bachelor’s degree in the years 2004 through 2013.

The magazine’s editors, who will judge the contest, are looking for original, previously unpublished, creative nonfiction essays. The editors are seeking evocative first-person works that would appeal to a college-educated audience. Submissions — up to two per eligible contestant — can range in length from 800 to 1,500 words and must be the work of a sole author.

The first-place winner will receive a cash prize of $500; second place will receive $250. The winning essays will be published in Notre Dame Magazine. Should the judges decide to award one or more honorable mentions, the winner(s) will receive $50 and publication in magazine.nd.edu.

Email entries will be accepted from now through Sept. 1, 2013. See magazine.nd.edu/news/40048 for contest rules and instructions on how and where to submit an essay.

Ave Maria Press has launched a series called CatholicMom.com Books. Lisa M. Hendey ’85, founder of the website CatholicMom.com, will help select new authors and books for the series, which will include one or two books a year, and write a foreword for each title. So far the series has included Hendey’s The Handbook for Catholic Moms and A Book of Saints for Catholic Moms, along with A Catholic Mom’s Companion to Pregnancy by Sarah Reinhard, Imitating Mary: Ten Marian Virtues for the Modern Mom, by Marge Fenelon and The Catholic Baby Name Book, by Patrice Fagnant-MacArthur.

When Karly Knipe was about a week old, a Chinese government official found her in a cardboard box left on the ground by the gates of a government building in the Shaanxi Province of China — a discovery neither uncommon nor surprising. 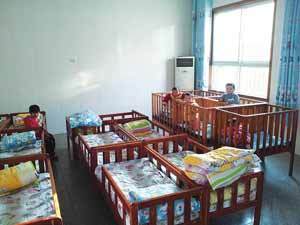 Fast forward nine years: Karly’s a happy, healthy and vivacious fourth-grader living in Orlando, Florida, with three siblings and her parents, Jeff Knipe ’87 and his wife, Debbie, who adopted Karly just after her first birthday.

“I’ll never forget when they first handed her to us,” says Debbie, recalling that moment at the orphanage. “The babies are so happy just to be held and loved because that’s not a normal thing in the orphanage where there are just too many babies.”

And so was born A Mother’s Love (amotherslovechina.com), a nonprofit organization committed to improving the lives of orphans in China.

Founded in 2005 by the Knipes and a handful of friends touched by the plight of Chinese orphans, the group had an original goal of raising “maybe $1,000 or so” during a church service. A different plan seemed to already have been set in motion. During that one church service, Debbie and five friends raised $40,000.

“We couldn’t believe it. This wasn’t something we chose,” says Jeff. “We just knew it was something God wanted us to do.”

Working alongside other Christian organizations, A Mother’s Love provides funding for life-changing surgeries for orphans; educational opportunities; playground equipment, libraries and nutritional programs. The group also offers foster care and adoption awareness, and support for other families interested in adoption.

One of the first gifts the Knipes made to Karly’s orphanage was a playground they funded and had installed — a gesture that opened the door and allowed them to be the only Westerners allowed there.

“When I’m older, I’m going to do something, too,” says Karly. “I’m either going to tell the world to adopt or I’m going to adopt a child myself.”

Lower back pain, headache, arthritis: These, says Dr. Paul J. Christo ’90, are the big three of America’s pain complaints. He should know. The director of the Blaustein Treatment Center at Johns Hopkins Hospital is a pain medication specialist, an expert on what hurts and what to do about it.

Christo shares that knowledge in his weekly radio talk show “Aches and Gains,” which he began in February 2011. “The thrust of my show is how to overcome pain,” he says. “I wanted it geared to real solutions, how people are dealing with pain.”

Some of those people are celebrities. Joe Montana ’79 talked about his knee pain; 1998 Olympic gold medalist Nikki Stone discussed lower back pain; country music artist Clay Walker talked about dealing with MS. Other guests on the show might be patients of Christo’s. After chatting with the guest, Christo often will interview a physician who deals with the particular condition that is the focus of that week’s show.

“Aches and Gains” doesn’t focus exclusively on Western medicine. “The treatments I offer are a mix,” he says. “I’ve been quite open-minded and realize alternative and complementary treatments have value.” Those suggested treatments, Christo says, might include acupuncture, hypnosis or music therapy. Even owning a pet, he says, might help reduce pain.

The doctor doesn’t claim that the methods discussed on the show will make pain disappear. “Overcoming doesn’t necessarily mean making it all go away,” he says. “I wish I could do that.” What overcoming can mean, he says, is making people feel better.

The show airs from 8 to 9 a.m. Saturdays on Sirius/XM Family Talk 131. Archives of “Aches and Gains” are also available online at paulchristomd.com.

She’s not a fan of plastic dishware, disposable diapers or nonstick pans. “I’ve always been a little bit of an eco-freak,” says Maureen Smithe Brusznicki ’02. The mother of three — Evelyn, 5; Mack, 3; and Vivian, 1 — has translated that concern into a popular blog: homemademothering.com. 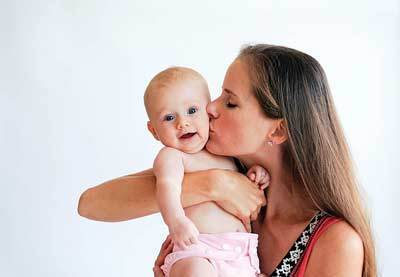 “It is definitely a journal of my experience as a young mother,” the Chicago-based author says. “It talks about just what I’ve been interested in my whole life.”

Started in April 2009, the blog covers such topics as healthy eats; green cleaning; child care and frugality. One day Brusznicki might share a recipe for homemade dusting spray or an edible treat such as Quinoa with Broccoli and Grapes or Granmary’s Potato Chip Cookies. Another day she might write about a craft project that grabbed the attention of her two older children or offer tips on how to clean an “icky microwave” without using chemical products.

Her latest venture represents a step into the business world, as a year ago Brusznicki launched Terra Baby (terrababy.com), an online retail shop for cloth diapers. “Before my first daughter was born, I was very interested in cloth diapering,” she says. Four years and three kids later, her first-hand experience has sold her on the concept. And it was her husband, Chris Brusznicki ’02, himself an entrepreneur, who sold her on the idea of starting a business, she says.

Disposable diapers were introduced in the late 1940s but were not in common use until the 1960s. The idea of using cloth diapers is often dismissed by today’s parents, so the Terra Baby site offers a video and various tips on proper diapering. “It’s not really a big deal,” Maureen says about using the brightly colored products, which eschew safety pins for snaps.

The cloth diaper bottom line, she says, is that is that they are healthier for babies, cheaper and better for the environment.

The astronaut spent almost five months — from late October to mid-March — on the International Space Station (ISS). It was his second trip to the low-orbit artificial satellite but his first long stay. The process of getting there, he says by phone from Houston, ranks as really fun. 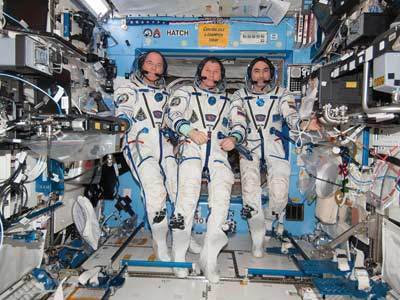 “When they light the rocket and you’re flying away from the launch pad, that’s Type 1 fun; that’s like roller-coaster fun, like whee!”

And “when you’re coming aboard the space station and you’re floating there, that’s Type 1 fun.”

Type 2 fun can apply to such things as spacewalks, which, Ford says, “are really hard on astronauts.” Ford had to spend hours of practice at NASA’s neutral buoyancy laboratory but never took an actual walk. “My fingernails fell off during the training,” he says, because of the pressurized gloves he had to wear.

His 145 days on the space station mixed the two types of fun with a lot of work and some difficult times. “There are some days that it can be really frustrating,” he says. “It can be lonely, it can be confusing, it can, frankly, be very physically challenging.”

One of the coolest, to Ford, was watching a spacecraft change from being a speck in the sky to a full-size vehicle as it rendezvoused with the ISS. For the self-described “pilot and machine guy,” witnessing the result of work by scientists, mathematicians and engineers “would almost bring tears to my eyes. . . . It’s magic — it’s one of the magic things we’ve done with technology.”

Another magical thing, he says, is something most people might find repugnant. “What we drink today we already drank like three days ago.” Yes, that on-board coffee he still raves about is mixed with reprocessed urine and humidity out of the air. “There’s really nothing wrong with it,” he says. “I think it’s a pretty interesting process; the space station’s got that down.”

His work-intensive days above the stratosphere also included taking lots of photos. He guesses he shot around 18,000 but is still unhappy about the one that got away. Even though he could pick out the lakes on the Notre Dame campus, South Bend’s constantly cloudy skies meant he never got a good shot of the Golden Dome.

On his return to Earth from the sterile confines of the space lab, Ford says he gained a new appreciation for nature and for what cloudy skies can bring. “Rain is awesome,” he says.

Carol Schaal is managing editor of this magazine. Susan Guibert is an assistant director in the Notre Dame office of public relations.