If you want to build a successful career in the music business, no handy maps show the way. Brian Powers ’12 and Nicholas Gunty ’12 are taking a winding path that has featured a visit to Africa, shows around the Midwest, two CDs, a soundtrack to a documentary and a virtual presence on a YouTube video series.

“We’re starting to receive a good amount of recognition,” says Powers, who performs with Gunty under the band name Frances Luke Accord.

The folk/rock musicians, who both grew up in South Bend, started their journey performing for events at Notre Dame. Social activist Kevin Dugan ’01, then the ND lacrosse operations director, invited the duo to collaborate on a recording with the Barefoot Truth Children’s Choir in Uganda. The choir is associated with the school run by Fields of Growth International, a nonprofit founded by Dugan. 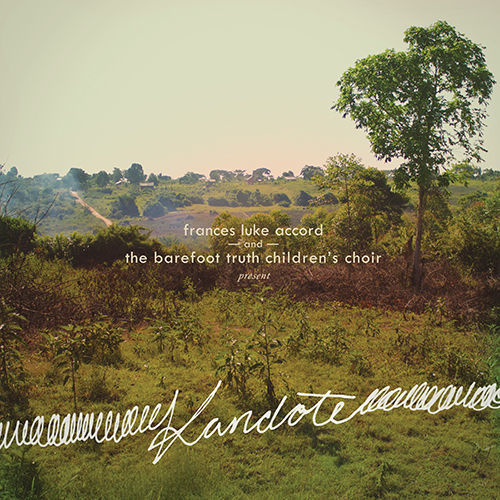 Following their December 2011 trip to Uganda, Powers and Gunty produced the CD Kandote, which is Luganda for “and I dream.” Profits from sales of the collaborative album are returned to the choir members to pay their school fees of about $70 a year. Songs from the CD are featured in a film about the Uganda men’s national lacrosse team, which was produced by Dugan and is also called Kandote.

After their graduation from Notre Dame, Powers and Gunty both found employment in the Chicago area. They decided to continue to pursue their musical dream and set up a recording studio in their second-floor Avondale, Illinois, apartment. The people who live downstairs, says Powers, “have never said anything, shockingly.”

Along with the CD Kandote, the folk duo has released Queen for Me, which can be downloaded at franceslukeaccord.com/music. While they continue touring, the singers, songwriters and instrumentalists also are exploring another path — producing and hosting a video series recorded in their apartment called Fluke Takes.

The series features “live audio and video of new original music,” and, comments Powers, has attracted the attention of a number of artists from around the Midwest who would like to appear in an episode.

Should the music of Frances Luke Accord and the duo’s side projects ever result in a major financial windfall, Powers and Gunty already have plans for how to spend the money. They would like to host an American tour for the Barefoot Truth Children’s Choir.

“We obviously understand that this is highly unlikely,” says Powers, “but everyone has to have a dream, right?”

While the job is a worthy endeavor, “fundraiser for nonprofits” is not what Bob Marovich ’85 wants on his tombstone. “I want to be remembered for making a difference, showing more about gospel music,” he says. “It’s my legacy.”

Marovich has been reviving those precious memories for years, through his weekly WLUW-FM radio show, Gospel Memories; his blog, Journal of Gospel Music; his work with the Black Gospel Music Restoration Project; his upcoming book on the history of gospel music in Chicago; hundreds of articles; and his personal archive of gospel recordings and memorabilia.

The work is so important to him — he spends at least 40 hours a week on various gospel music projects — that Marovich dropped to part-time status as a grant writer about seven years ago to dedicate more time to his passion. “I’ve not found a way to make a living 100 percent from gospel music,” he says with a laugh. 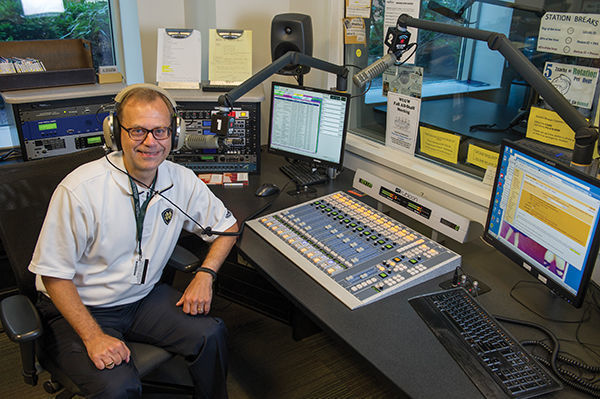 He clearly remembers that oh happy day when he first heard the music: “I was at Notre Dame in my Alumni Hall dorm room. I turned on the radio and heard a gospel song.”

He calls gospel music “one of America’s original art forms” and has a special fondness for the classic African-American style. “It’s such an exuberant music,” Marovich says. “Gospel grabbed my attention because it was church music that contained the [soul] sound I always enjoyed.”

The black gospel old-time religion melding of praise and worship is also present today in urban adult contemporary, Christian rap/hip-hop, gospel fusion, gospel jazz and some Christian country music. Now, after being part of the gospel music community for more than a decade, the Chicago resident says, “Gospel songs and performances speak to me in a different way. They express the hopes and frustrations of people in a way I do not hear in any other kind of music, sacred or secular. The passion and emotion are pure poetry.”

In July, 10 years after he started The Black Gospel Blog at the suggestion of his wife, Laurel Delaney, Marovich launched his new blog, Journal of Gospel Music: The definitive online source for gospel music of yesterday, today and tomorrow. It includes news, reviews, interviews with recording artists, and links to Marovich’s radio show. The website’s Music Hour features recorded audio samples of music he’s reviewed.

As he feverishly continues to build on his legacy, the 51-year-old Marovich hopes that tombstone etching will wait, because right now he ain’t got no time to die.

When he first heard about the escape, says John D. Lukacs ’99, he didn’t believe it. It was 2001, and Lukacs was interviewing Mario “Motts” Tonelli ’39 for a USA Today article. Lukacs wanted to bring the story of the Chicago politician, former college and pro football player, decorated Army hero, and survivor of the Bataan Death March and three years as a Japanese prisoner-of-war to a national audience.

The newspaper feature and a video Lukacs produced on Tonelli, which aired on ESPN’s College GameDay in 2002, resulted in a friendship between the two men. In their almost weekly conversations, Tonelli insisted Lukacs should research and write about the 1943 escape of 10 American POWs and two Filipino convicts from Davao, the Imperial Japanese Army prison camp in the southern Philippines where Tonelli himself had been imprisoned. Lukacs remained skeptical. How, he wondered, could anyone escape an island prison in enemy-controlled territory? And, the history buff thought, why haven’t I heard this amazing story before?

It wasn’t until after Tonelli died of cancer in January 2003 that Lukacs was able to check out his friend’s story of the Davao escape. What he discovered resulted in the publication of Lukacs’ first book, Escape from Davao: The Forgotten Story of the Most Daring Prison Break of the Pacific War, in 2010, and the release of his first documentary, 4-4-43, last year.

“If not for Motts,” says Lukacs, “this film and the book it was based on probably wouldn’t have come about.” 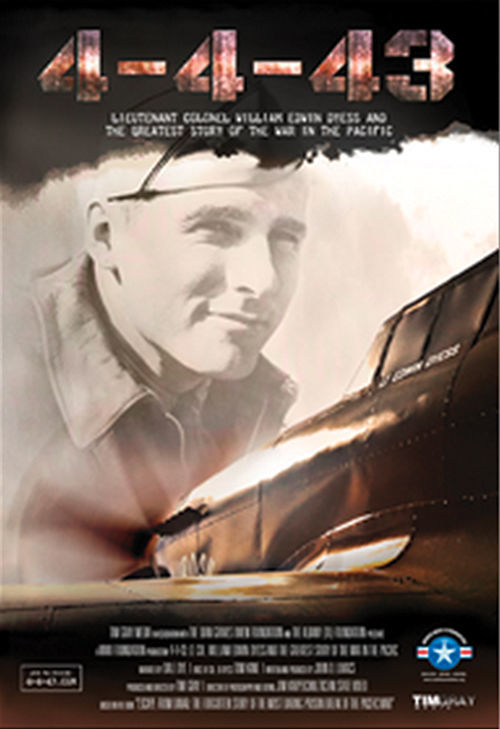 Lukacs, a resident of western Pennsylvania who spent a decade after his ND graduation working in sports journalism, says, “Nothing has proved as fulfilling as writing and resurrecting lost history. . . . There was also a strong preservation feel to the idea.” When putting together the book and subsequent film, he talked to three surviving escapees and relatives of deceased escapees, and investigated evidence that included vintage newsreels, radio broadcasts and other archival reports of the World War II penal colony escape.

The story Lukacs relays in both book and film of how the American POWs, led by Lieutenant Colonel William Edwin Dyess, and their two Filipino colleagues managed to sneak away from the prison plantation of Davao and eventually make their way through the surrounding jungles to safety actually begins earlier. He details Japan’s invasion of the Philippines, the 1942 Battle of Bataan, the U.S. surrender there and the horrors of the Bataan Death March.

The movie, which was an official selection of the 2014 GI Film Festival, is available through 4-4-43.com.