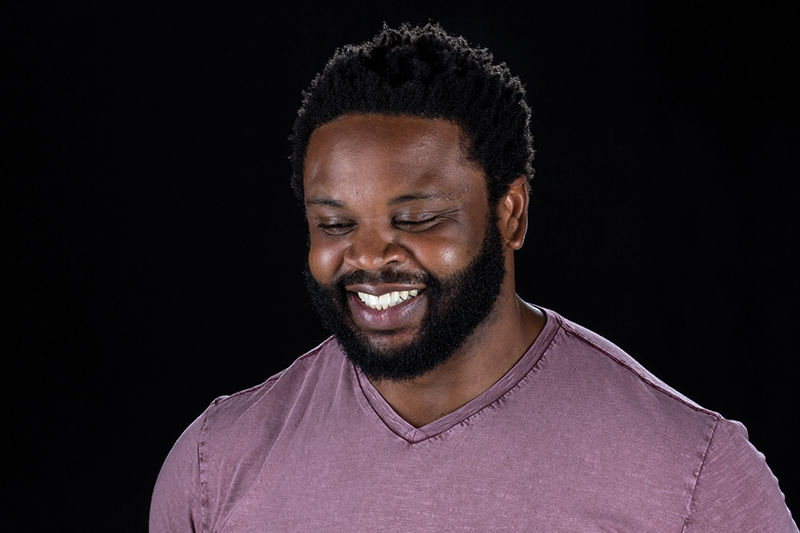 Jeremy Sample ’95 speaks with a tone bordering on surprise, as though he is telling for the first time the story of his professional detour into stunt performance — a career that led to work on the recent hit films Black Panther and Selma.

After a decade of working a tech job in New York, the former Fighting Irish linebacker says he felt “tied to a desk, putting together a project plan,” his days following a rigid structure he found confining. While considering his options, he connected with Stephen Pope ’94 and learned that his old friend had become a movie stunt coordinator. Pope was looking for an African-American actor at the time, so he encouraged Sample to give it a try.

“Coach Holtz would always say, ‘Life is nothing more than a series of decisions,’” Sample recalls. His reaction to the stuntman idea? “Sure. If I’m going to start my life over, this seemed like the obvious choice.”

That was 13 years and more than 100 screen credits ago. Early on, Sample counted former race car drivers and martial artists among his mentors, learning from them how to strike the balance between believable danger and personal safety. Football eased his transition.

“My first night on set I spent time with these guys learning fight choreography and I thought, ‘This is nothing different than football, where you step with this foot, you attack like this,’” Sample says. “It’s the same deal. Someone gives you instructions, your coach says, ‘This is how I want it done,’ and then you execute it.”

Staging riots and wrecks requires calculated risks, asserting control while portraying the uncontrollable, making practiced choreography look like unpredictable instinct. Parallels with his sport guided Sample whether he was taking a slap to the face or flying through the air.

These days Sample also works as a stunt coordinator, collaborating with directors on their visions for their movies, from imagining the action based on a single script-reading to creating scenes in all their chaotic excitement.

“There are no two days that are the same, but in my world there are good days and there are great days on set. There are never any bad days,” Sample says. “We have the privilege to work on major theatrical productions and get paid to drive cars, be set on fire or participate in riots. It’s never boring.”

He lights up talking about Selma, the 2014 film about the voting-rights marches of 1965. Born in Memphis, Tennessee, with family in Mississippi, Sample thinks about that movie, in which he coordinated and performed stunts, as the intersection of his professional and personal lives.

“It became a passion piece for me because my parents grew up during the civil rights movement, and a lot of the stories I got growing up were about my grandparents and great-grandparents,” Sample says. “I went to see it on Christmas Day with my younger brother, and to see the reaction of people when they see your action on the screen and it causes them to cry — you can just hear an entire theatre of people crying during this physical point on the screen — you know that you helped to tell that story and you got it right.”

Sample sums up stunt acting as storytelling. The way a writer uses words, an artist uses paint or a composer uses music, a stunt performer uses action to give audiences a visceral, emotional experience.

'We have the privilege to work on major theatrical productions and get paid to drive cars, be set on fire or participate in riots. It's never boring.'

“I don’t ask for much in life, I really don’t,” Sample says, laughing. “When Black Panther was announced, I was like, ‘Please, please let me get on this film.’ I thought, if there’s one movie I need to be in as an African-American stuntperson, this one has to be it, because there aren’t a lot of characters being marketed to African-Americans on that scale.”

Sample’s other credits include stunt work on the 2015 Best Picture Oscar-winner, Birdman; last year’s adaptation of James Baldwin’s If Beale Street Could Talk; and TV series such as Boardwalk Empire and the forthcoming Central Park Five. He compares himself to a juggler, keeping multiple projects aloft at the same time — and hoping he doesn’t drop any. 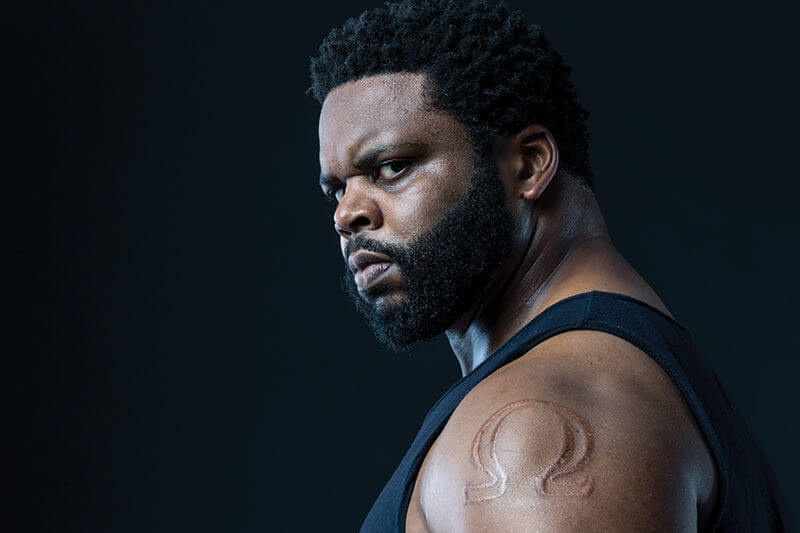 Over the holidays, Sample took time to visit family and relax at his home in Harlem. He relished ordinary appointments and everyday nuisances.

Soon he was back to work on multiple projects — the juggling act he envisions continuing as long as his body allows it.

“I think I’ll be a performer up until I can’t perform anymore,” he says. “You can’t hit the ground forever.”