Sometime earlier this year when we were planning our Fun issue, editor Kerry Temple ’74 smiled and said, “Clowns.”

We’ve gotta have a clown in there somewhere, he said. But how do you find a real, live clown among the 150,000-plus alumni in the Notre Dame family? We laughed it off and agreed it would never happen. Too much trouble. Too many other things to do. 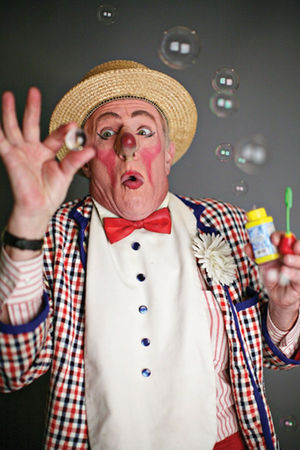 But our “other” Kerry, the art director, Kerry Prugh, gave it a try. A simple Google search, probably something like “Notre Dame alumni clown.” Of course, you’ve got to be careful searching for something like that. But it worked.

Up popped the name of Albert Alter ’69 — and the result was Making Laughter, a stand-alone photo feature that appeared with a short caption on page 59 of the spring 2016 Fun issue. It described Alter’s career as a clown, his recent work to bring joy to theaters, schools, prisons and a children’s hospital near his home in Portland, Oregon.

A few weeks went by and, our minds on other things, a little moment of serendipity happened our way. Flipping through our library-bound collection of Notre Dame Magazine back issues, looking for something completely different, editor Temple caught the name of Albert Alter. Coulda missed it in 1,001 ways. But there was Alter, five years out of school, sitting on a rock and contemplating his future on page 19 of our October 1974 number — with the caption explaining he hoped one day to be admitted to clown school.

There he was back then. Albert Alter, maybe 26 years old, contemplating his future at Ringling Bros. and Barnum & Bailey Clown College. Hoping to be admitted to its two-month training course. Waiting to see if his dream might just come true. 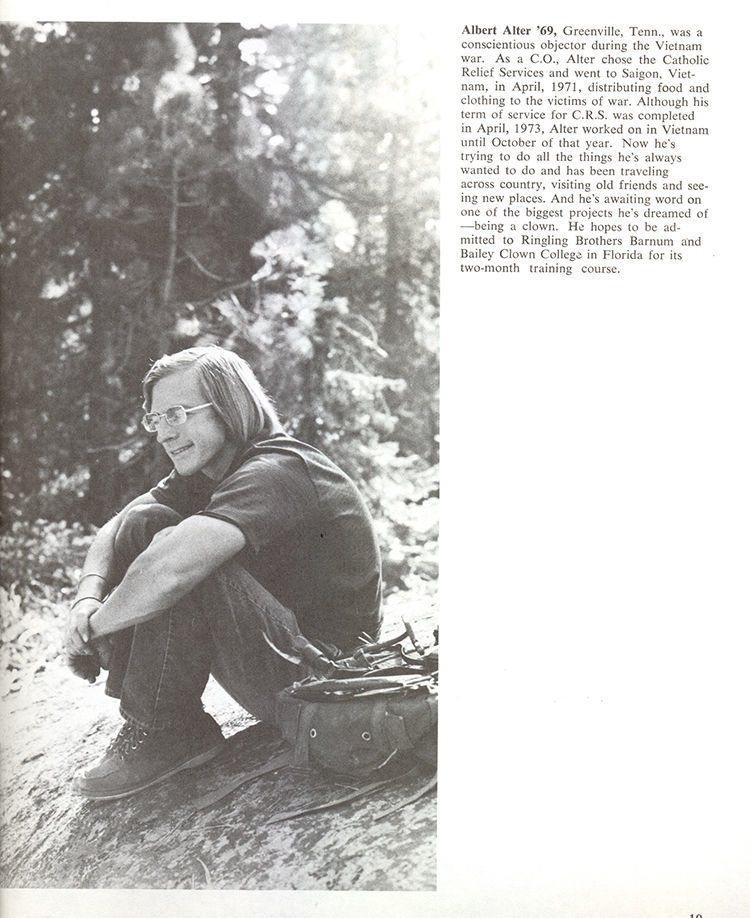