Editor’s Note: “We hunger and rage for justice,” the speaker said, but there is something beyond that, a quality of grace and mercy almost beyond our imagining. In our latest Magazine Classic, the late Brian Doyle ’78 recounts the response of a man of the cloth to one of life’s ultimate questions.

A while ago I was in a room with a small older man and a number of college students. The room was small and the students were many. The older man was the color of copper. The students were all different colors from rose to smoke to midnight. There were so many students that some sat on the floor and on windowsills and on a desk behind the older man. The older man had been a bishop in a country far away and he spoke with a swing and rhythm in his cadence that took a while to get used to. Also he laughed a lot, so between his giggling and his lilt it took us a few minutes to catch his music clearly, but after that we were all on the same page.

He answered questions. There were a lot of questions. Many were about life in Africa and the quiet revolution he had fomented and seen happen almost miraculously, but some were about the revolutions he still fomented — emotional and spiritual revolutions, more than political ones, as he said, laughing. He said really his whole life was one long revolution. He said his whole life as a man of the cloth had begun when he was 12 years old and walking down the street with his mother, and a priest stopped and took off his hat to his mother, a gesture of respect in every culture on earth, which means, Here is my head, take it if you want, he said, laughing. He said this kind act made him very interested in the priest’s tribe. What sort of tribe was this that respected people of all colors? And so he became a priest, but not the sort of priest we had here at our college, who could not get married, he said; he became the sort of priest who could get married, and that was fun! 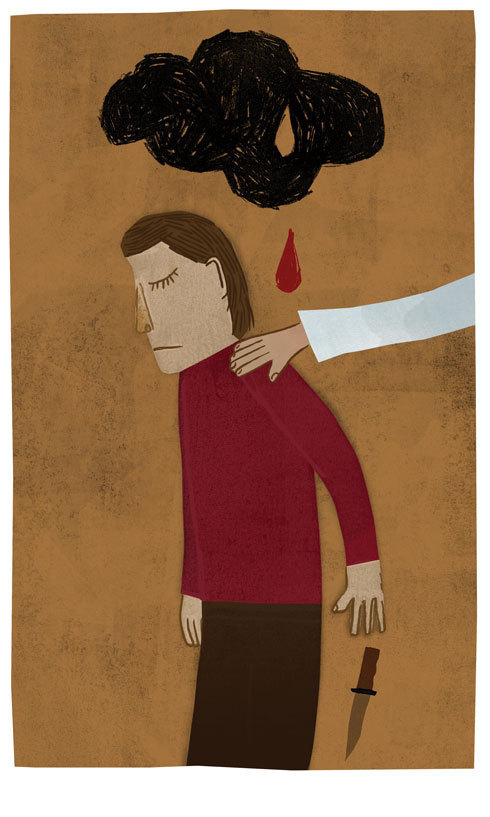 He laughed and we all laughed, but then a student raised her hand and very quietly asked him this question: What is the point of evolution?

He stopped laughing and looked closely to see who had asked this question, and then he walked as close as he could get to her in the press of bodies, and he said, Sister, that is a good question. I have thought a great deal about that question. I do not know the answer. But I will tell you a story. With my own eyes I have seen murderers kneel down and beg forgiveness from the mothers and fathers of children they murdered, and I have seen mothers step forward and reach down and cup the faces of the murderers in their hands and say I forgive you. I saw this happen not once but many times. I saw this with my own eyes, and no one can gainsay me. I saw children forgive the murders of their parents, sisters the slaying of their brothers, wives the slaying of their husbands. I saw this happen. I do not know how it can happen. I cannot make sense of such grace and mercy. It doesn’t make sense. Maybe that is the secret. We hunger and rage for justice, but there is something past justice that can happen and sometimes it does happen. I have seen it with my own eyes. I do not know if I would be large enough in heart to forgive such things, and me a man of the cloth, who swore his life to the idea! But I am small and forgiveness is vast. I have seen these things with my own eyes, and I cannot forget what I saw. That is my answer to your question. What is the point of human beings? That is the point. I think we are here to get to there. That is what I think. I could be wrong. So many times I have been wrong! But I do not think I am wrong about this. No.

A few minutes later Desmond Mpilo Tutu, archbishop emeritus of the Anglican Church of Southern Africa, whose middle name means hope in his native language, was hustled off by his handlers to give a cheerful, headlong, laughing, piercing talk before a crowd of thousands, but before he left he bowed to the students and said, Pray for me, I need it!, and everyone laughed. A few minutes later the room was empty, but I have never been able to forget what he said, and now I hope you never forget either. Maybe we will get there sooner rather than later if we remember those words.

Brian Doyle is the editor of Portland Magazine at the University of Portland and the author most recently of a collection of “proems” called A Shimmer of Something, from Liturgical Press.