It was a handwritten letter, signed by Sister Brigid M. Carey, and it came from Laguna Woods, California.

The letter read: “The paper I have enclosed was composed at Notre Dame by Michael Ury when he was on retreat in 1986. Michael died this past year of cancer. Naturally his family was devastated. His mother is in a nursing home that I visit. She asked me if I could see that this was published. I thought of no better place than ND. Our Lady would want to bring comfort to a loving mother.”

The “paper” is a typewritten, 28-line poem, and it is signed by Mike Ury, who concludes the poem with, “Good luck on finals! God will see you through. May your every day be a Christmas! Keenan-Farley Retreat 1986-87.”

He drew a little smiley face. 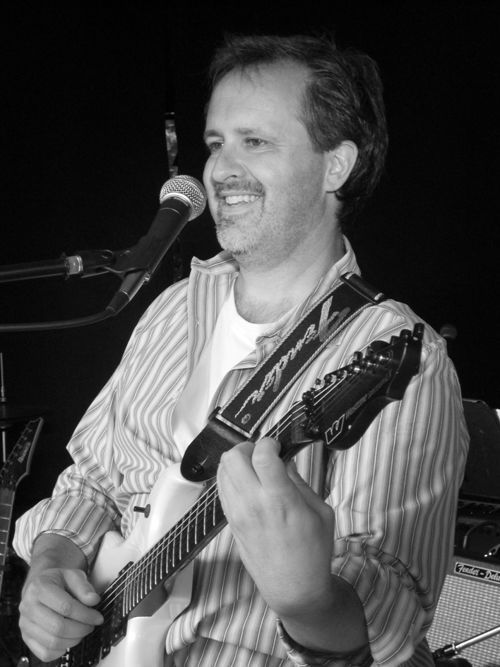 The letter came in late March. I get lots of correspondence. I don’t know what to do with it all. People have stories to tell, parents and friends to remember, a life to mark, a poem to share. I am always moved by the testimony, the power and meaning of each human life. But I cannot often relay the message to our readers.

This one felt different. It wasn’t just the poem; it was how real the sign-off seemed.

Good luck on finals.
God will see you through.
Make every day be Christmas.

I could see the freshman, so earnest in the thrall of a spiritual retreat, penning verse in his quiet dorm room. I could look over his shoulder. The desk top is bathed in light, his face in shadow, his hand poised in thought.

I wanted to know about Michael Ury — the teenager who wrote about his death and now was gone, before the age of 50.

The alumni directory had a Michael Zoltan Ury. Hastings, Minnesota. Music major. Computers, information systems, network administrator. Could this be him? Keenan Hall — probably the right Michael Ury. But the directory gave no sign of his being deceased.

And I could find no obituary for Michael Zoltan Ury. But an online search turned up other clues, even photos — if indeed this was my Michael Ury.

Hanratty & Associates. Ury.com Consulting Services. Software solutions. The Minnesota Association of Christian Home Educators. An entertainment supervisor at Knott’s Camp Snoopy and at Valleyfair Family Amusement Park. President of the local Toastmasters club. A musician who performed and sang and was funny enough to do some stand-up comedy.

I learned, too, that Michael Ury had myelofibrosis, a rare form of leukemia, diagnosed in 2011, and needed a bone marrow transplant, and that he had suffered from chronic anemia since 2002.

A person was coming into focus, and years of ill health and burdensome medical bills. He had a wife and son, and probably knew fear and love and courage and the pain of slow death. But I didn’t know for sure.

So I wrote a letter, addressed to both Michael and Kim, because I didn’t know if Michael Ury’s story had an ending.

I had the right Michael Ury. He died April 27, 2013. His field was computers and IT business solutions, operations management. Kim, his widow, explained that he loved music and woodworking and talking about politics. He had a great sense of humor and was a genuinely funny guy. He was always making people laugh, and at restaurants and stores he would seek out managers to tell them how great a waitress or clerk had been.

He would load up his 1999 Blazer with cables and tools and help people escape the kinds of jams that come with Minnesota winters. 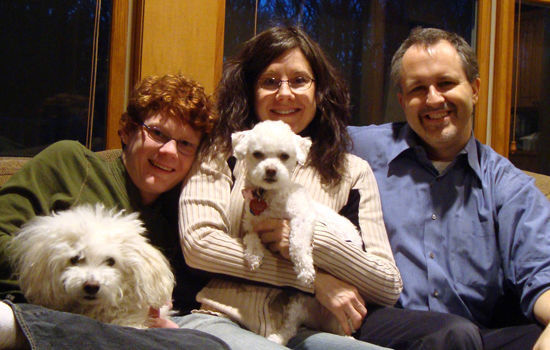 Kim contacted Bruce Guay. Michael had been Bruce’s roommate for three of his four years in Keenan. Guay remembers Ury as “a good person, with a good heart, who cared — genuinely — about everybody he met.” He wasn’t known widely but he was the hall mailman for three years and switched his majors between math and music several times. “Michael Ury,” he wrote, “never thought a bad thought about anyone, even if he was mad at them, or if they had somehow wronged him. Never.”

It was Ury who first heard of Guay’s love for Jackie, listening patiently at 4 a.m. despite the next day’s important math exam. Bruce and Jackie are married; Bruce is a doctor and they live in Naperville, Illinois.

Kim said Michael was dedicated family man, that he loved being with their son, Mitchell Smisek, teaching and joking with him. “They had many similar interests, including science and Star Wars.”

And people loved him. Even kids wanted to help with mounting medical costs. Bella McCauley, one of Michael’s public speaking/youth leadership students, saved her allowance, had a lemonade stand and told others about Michael. Jerusha Betzold collected change and taped it to a homemade get-well card, drew him pictures and made him things. In 2012, Sean Burns, then 8, and his 7-year-old brother, Mitchell, did an 80-mile bike ride to raise money for the man they knew through a homeschooling program. 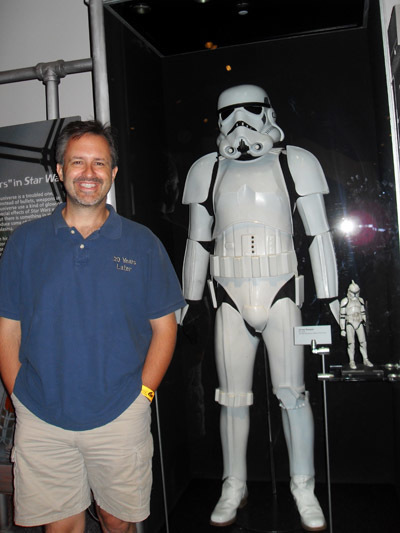 But a decade of chronic anemia took its toll and the myelofibrosis made it impossible to work. “It became extremely difficult for him to do things that most of us take for granted,” Kim wrote. “He eventually became transfusion dependent and was sleeping most of the time.”

Already at an advanced stage, his bone marrow had stopped working. He had little time left to live and a stem cell transplant was the only option to save his life. With a 50 percent chance of survival, he entered the hospital in January 2013. The transplant was a success and there was no trace of cancer. But he got severe case of graft versus host disease, infections and other complications that eventually took his life.

“He had a horrible time in the hospital,” she wrote, “basically suffered for three months. He also got shingles, was in a coma for a while, intubated, etc., but I don’t know if that’s necessary for the story — other than to say he really fought hard to stay alive.”

A year has passed since Michael Ury’s death. Here now is a kind of obituary, and the poem he wrote as a freshman in Keenan Hall — one to make you think about a boy and a man and life well lived.

Many many years ago my dreams had turned to fright.
I dreamt my life had come to pass, my death come in the night.
My soul, it then rose up to God, but I could not get in.
I asked the Lord what I had done, I asked to hear my sin.
He motioned me to come to Him; He then displayed a scene.
The sun shown down upon my face; the grass and trees were green.
I then turned round to my surprise and saw my funeral there.
But no one seemed to blink or cry; no one seemed to care.
I asked the Lord what this had meant; a tear rolled down His cheek.
He said that love needs two strong sides, and one cannot be weak.
Oh Lord, I said, this cannot be, my love was strong for them.
I loved them all from sun to sun, no matter where or when.
The Lord turned round and said to me, “Your love was not so true.
The only reason you loved them, was first that they loved you.
How selfish is this thought you hold: that they begin to care.
You can easily take the love, or simply leave it there.”
I then realized the mistake I made; I knelt beside and grabbed His hand.
He asked me why I cry, I said, “I cry for I understand.
A second chance is all I ask, and on this flower I do swear,
That I shall give all the love I can and an equal amount of care.”
The Lord rose up and went away; I asked him not to leave.
I’m not dead I heard Him say, so please don’t weep or grieve.
I wished to hear Him speak again; I loved the words He spoke.
The yearning made me start to cry; the tears formed as I awoke.
I sat right up and looked around; the dream had felt so real.
And then I felt something else, It’s the Lord that I now feel.
I died that night, but now I know what love and care are for.
I know because the Lord had left the flower on which I swore.

Mike Ury,
Good luck on finals! God will see you through. May your every day be a Christmas!
Keenan-Farley Retreat 1986-87.