Call this little parable a lesson in human nature. See if it helps illuminate what’s happening in America these days. I think it does.

The story begins in the Joyce Center where, in December 1972, two ticket windows were readied to sell student tickets for the Orange Bowl game between Notre Dame and Nebraska.

Tickets were to go on sale at 8:30 a.m., and when I arrived at 7:30, I found two lines had formed. Stepping to the end of the line put me about 20 people away from one of the two windows. Several thousand tickets were allocated for the student sale, and each student could buy six tickets by showing six student IDs. No problem, even though we all knew not all those tickets would be used by Notre Dame students.

The mood was good-natured, almost festive. Occasionally someone whistled the USC fight song (“Fight on — for USC. Fight on, fight on. . . .”) and others joined in. We had lost to the Trojans a few days before and they scored 45 points and we had heard that song enough for it to linger in our ears on this cold December morning. We all shared in the dismal defeat as well as the happy prospects of New Year’s in Miami.

Precisely at 8:30 the shades on the two windows slid open and the ticket sales commenced. We shuffled forward as tickets were sold.

Then at about 9 a.m. the shutter on a rarely used third window — some 15 feet away — went up and a third ticket-seller opened for business.

Chaos did not break out immediately, but it didn’t take long for people to switch lines, for order to dissolve as the lines blurred and people maneuvered in front of others, who then got resentful, mad and pushy. Those late arriving, seeing the mass of bodies shoving forward, didn’t go to the rear but wedged their way in from the flanks. Before very long there were no lines, just a mob of people angling, pushing, shoving and growling at each other. 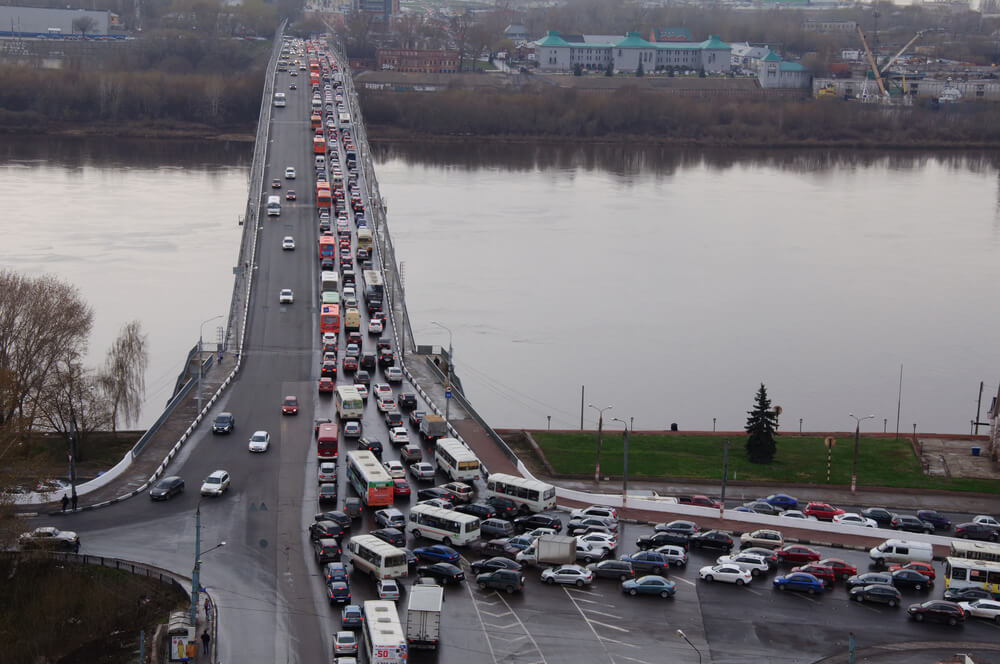 The experience made an impression on me. There it was in microcosm. A system breaks down and people fear supplies will run out, so they abandon their sense of solidarity. The scheme no longer seems fair, fueling the desire to get what we want for ourselves — which leads to aggression and greed and seething resentments toward others.

It’s every man for himself now, survival of the fittest. Everyone is a rival, a threat, the Other. Even Notre Dame students jettison their fellowship to get what they want for themselves.

I do not know how the melee turned out. I, too, pushed and squeezed to the front, got mine, then skipped out the door. But I have recalled it often, this outbreak of human nature.

I have thought about it when reading about caged animals and how they turn on each other when crowded in captivity. When I see goats at a feed trough or frenzied shoppers at a store on Black Friday. Or when I hear of rival gangs or tribes going to war over turf or dwindling resources.

I have thought about this through the years as humans have overrun the planet and climate change accelerates the reduction of arable lands and as water, forests, fuels and other resources get consumed. How will we get along when there is even less to go around, and people get greedier and more crowded together, hungrier and more desperate? Will instincts overrun our nobler natures?

I also remember those ticket lines every time I sit in my car out on the highway, when three lanes merge into two, or two become one, and I sit there, inching along, bumper to bumper, while others sail past, refusing to take their rightful place in line, and speed by for as long as they can, then bully in at the last possible chance.

Who do they think they are?

They must think they’re special, deserving, smarter than those waiting in line. They must think they are too good to sit with the rest of us. So they game the system, get what they want, work it to their selfish advantage — just like all those people who arrogantly, greedily seek wealth, power and prestige at the expense of others.

They really make me mad, those people in those cars that do that. And I am sure I am right in my stereotyping, in my judgments and resentments. Those people. Those others.

It’s easier to be gracious when life flows along, and we’re not stuck in traffic, or when the system provides for the equitable distribution of tickets.

There have been periods in American history when economic growth and prosperity encouraged sharing, generosity, universal well-being. We all could work and enjoy the harvest. This wasn’t true all the time — or for everyone — but enough so that American life seemed often to be ascendant, hopeful, promising. We believed in our institutions to keep things fair and right; we could all get a piece of the pie. That was America.

But it doesn’t feel like that so much these days. Things do not feel so expansive, so prosperous; too many people are losing ground, are feeling thwarted and threatened. Plants closing, jobs shipped overseas, the one percent and all the rest of us. And the systems – whether government, education, or the economic engines like manufacturing, Wall Street and profit-driven corporations – feel broken, rigged or indifferent to society’s human elements.

Life doesn’t seem fair, things aren’t equitable, and then there are all those people coming here unwanted, taking what’s rightfully ours, threatening our way of life. You’ve got to look out for yourself, take care of your own. We build up our schools, our neighborhoods, and turn away from theirs. We form our own social circles, with people like us, vacating loyalties to the whole, the nation’s fabric, any concept that we’re all of us together.

Bad things happen when we sequester ourselves like this. The people we don’t know become the Other, and in these troubled, tense and divisive days we villainize those who are not like us. We stereotype and think the worst of them. They stop being people like us, but enemies, rivals – just like those drivers flying by who I was sure I knew, given storylines based on my own prejudices and resentments.

We can all make a list of people who do not act the way we want them to, who do not share our beliefs, who seem to be taking something away from us. They are immigrants and refugees, Republicans or Democrats, Muslims or the evangelical right. Investment bankers, the NRA or the liberal media. Those pushing their lifestyles on the rest of us, those pouring fossil-fuel pollution into the environment. The lobbyists, the police, the privileged rich and lazy poor. The divides breed hostility, especially when times are tough and we stop seeing the human in those we think are threats to us.

Those students who waited in line with me, whistling the USC fight song of all things, were the same people with whom I would skirmish for tickets minutes later because the system failed to maintain order and I lost track of who we were and what we had in common.

I really wish Americans today would remember that — the part about what we have in common.

Kerry Temple is editor of this magazine. While he admits it was a long time ago, he recalls learning later that morning that there had been plenty of tickets to go around. He is certain that the Nebraska game was one of the worst he has ever sat through — a 40-6 drubbing.