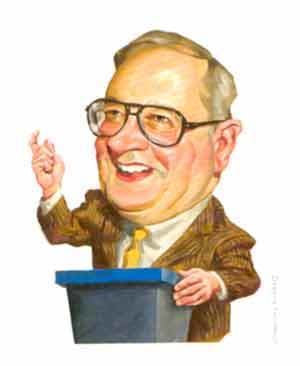 So. Where to start?

Fishing up at Land O’Lakes?

The annual croquet party on his Longfellow lawn?

Or the wit and insight he offered readers of the South Bend Tribune in his “Thoughts While Shaving” op-ed pieces?

His love of baseball and the Twins and listening to his family’s old Philco radio?

His love of family, for his children, Rick, Christy and Marc, and his wife Annette?

Or the time — back in the day — when he finally lost patience with Notre Dame Magazine and the publications department for letting the phone ring more than three times before being answered? So he marched from the third floor to the fourth of the old Main Building to answer his own call and present his case.

Or the time his daughter Christy revealed on public radio — much to the delight of the national “Car Talk” listening audience — that the major breakdown of the family car was, yes, probably related to her putting tape over the engine light because she found its glowing countenance so annoying?

Dick Conklin died this past Tuesday (May 28). He had just turned 77 and he had had a heart attack last week, but still the news of his death came as one of those sudden blows that stops you in your tracks. And so you sit and stare out the window, and one of the reasons you do is because it is hard to imagine Notre Dame without Dick Conklin.

Even though he retired a decade ago, his influence, his voice and his standards remained. He stayed gently in touch from his retirement life in Mendota Heights, Minn.

Dick Conklin was one of the giants here — and a legend for many of us, given his contributions and the stories and the force of his personality.

Dick was a proud graduate of St. Thomas College in St. Paul, Minn., who earned a master’s from Notre Dame in 1959. After working in newspapers in St. Louis and Minneapolis, he came to work at Notre Dame in 1967 and soon managed the University’s press relations activities.

For the next 35 years, as the Hesburgh era flourished and the University matured, emerging as a leader in American higher education and as a Catholic institution on a global scale, Conklin was the central player in University communications. He wrote and edited, guided most every form of University communique — from newsletters to multimedia productions, from press releases to phone calls with national media. He took the lead in planning presidential visits and advised on fundraising events.

He knew the importance of a university’s public face, the power of its image and presence, and he wrote the script for much of Notre Dame’s ascendance. Very little came from here that didn’t pass by him or through him, that didn’t get the scrutiny of his keen editor’s eye. He was meticulous about grammar, vocabulary, the use of the language, and he would call you out if he didn’t like something.

He also had the big picture. He fully understood the Notre Dame ethos and he made it his life to promote the University, to convey the vision and to keep it on mission. He advised deans and faculty, directors and vice presidents.

In my 35 years here I have known no one who was smarter, more loyal, more savvy, who had better judgment about the place, who could better read all the signs and currents and risks and opportunities — the politics of this complicated, nuanced, lightning-rod institution.

Few worked more closely with Hesburgh; few had such access to the behind-the-scenes deliberations within the president’s office.

Dick was as fine a writer as this place has ever known. Much of the writing about Notre Dame that bore no byline came from his pen and it spoke eloquently of a university that was sharp, intelligent and sophisticated and yet replete with heart and soul.

Dick was intense and focused, yet had a glimmering sense of humor. He had the rumples of a newspaperman, the quirks of a faculty member and the demeanor of a stern patriarch. And yet — at least during the two years he was my boss (1979-80) — on a staff member’s birthday the office door was shut and locked at 5 p.m. and a wine tasting ensued. He earned the affection of most who knew him.

Back in 1976, when I first sought a job at this place, my letter and resume were sent to Dick Conklin. He has since been a guide, a boss, a counselor, a colleague and a friend. In my work life I have gone by things he told me, and I continue to marvel at the wisdom and discernment he offered in emails and as a member of the magazine’s editorial advisory board.

I surely won’t be the only person who misses him. And Notre Dame does, too. But for me, I doubt he’ll ever be gone from here. I will always feel him looking over my shoulder.