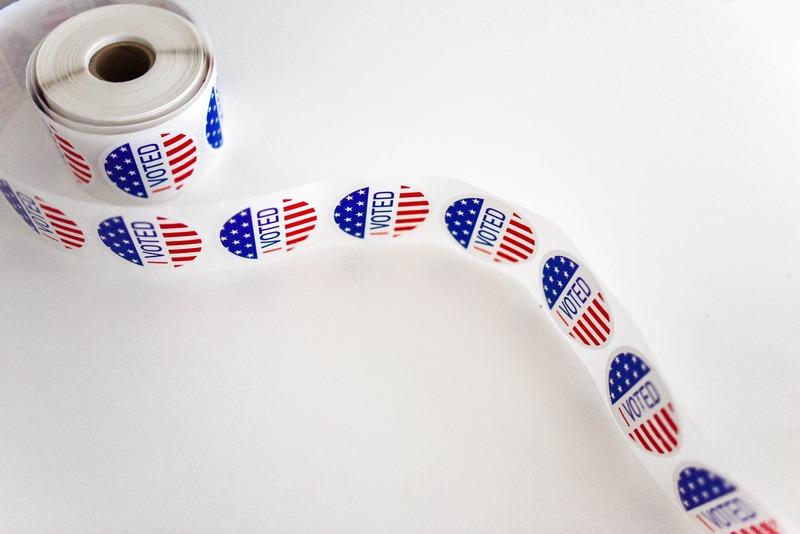 I confess that I have abstained from most of the elections of my lifetime.

At times, I have stayed home out of a general lack of faith in politics and politicians. Other times, I knew too little about the candidates and thought it wrong to make coin-flip choices (often based on nothing more than the sound of a name). I felt no kinship with either party, so party loyalty has never moved me to cast a ballot. And, after all, I have never known a case where a single vote mattered — although I do recall my mother grudgingly voting for that rascal Edwin Edwards to cancel my father’s vote for Grand Wizard David Duke in the 1991 Louisiana gubernatorial race.

Whether ignorant, naïve or wise, I have operated under the notion that all was well and good with my days and steered clear of the political realm. Yes, issues mattered, decisions riled me, corruption infuriated me, but I never expected politicians or elected officials to make it better. Things seemed fine in my family, workplace and neighborhood without government interference.

So for most of my life I stayed away — and was happier than I am now.

On a few occasions, I have been sufficiently inspired to cast my vote, and so I have troubled myself to locate my polling place and embrace not a civic duty but the opportunity to express my allegiance to someone I thought would represent my interests and do what’s best for the planet and its people, would further the causes I believe in.

But that good feeling, too, has passed.

There has been an unusual amount in the media of late about the importance of voting this year — to affirm that minority lives matter, to amplify the voices of women, to elect leaders who’ll seriously consider ways to reduce mass shootings. And there have been counter rallies to encourage folks to hold the line against the “others,” those who threaten our American way of life, and to keep the economy humming and to exert the might of our muscle.

Some have said it’s a referendum on the president, on the future of our country and what kind of place it will be. Battle lines are drawn; it’s us versus them, good guys and bad guys.

There has also been an unsettling amount of attention paid to the election process itself: the legitimacy of the system, the ethics and effects of gerrymandering, the alleged suppression of voters — the kinds of concerns that undermine confidence in our ability to have free and fair elections that truly represent the will of the majority. A foundational American covenant at risk.

I am wearied and defeated by the clashing of angry voices, the utterly demoralizing barrage of political ads and the depressing assault of bad news. Pipe bombs in the mail and shootings at schools, churches and synagogues. The endless tragedy of Afghanistan. Racial divides. The widening (unjust and volatile) chasm between rich and poor. The unconscionable war in Syria that has left 500,000 dead since 2012 and a human landscape ravaged. Refugees fleeing for their lives, seeking asylum in humane places. Saudi Arabia’s incursion into Yemen. Famine, fires and storms. Environmental destruction. Drug addiction. Beleaguered teachers and battered schools. Children languishing in poverty and war. The Catholic Church reeling from the sins of its fathers. The world on a course to ruin. Hatred, anger, fear. Fearful, angry voices stoking more hatred, anger and fear.

Can we vote our way out of this?

Does my vote really matter?

Can one life make a difference?

There was a time I believed in the power of goodness. In my youth, American idealism became real in the Civil Rights Act and integrated schools in my Louisiana hometown. Grassroots protests turned the tide on Vietnam. A strong, independent press thwarted a president’s abuse of power amid the scandal of Watergate. I still look for ascendant arrows of light, but the darkness feels overwhelming, swallowing.

For my own peace of mind, I have tried to tune out the TV news, to ration what I read in the papers, to siphon what good spirits I can. But I still wonder what my parents (even as lifelong, devout Republicans) would think of the nation today. My father who served in World War II; my mother — child of the Depression, young husband overseas — who believed so fervently in the nobility and honor of America, the land of the free, home of the brave, its leadership a Mount Rushmore of greatness. How far we have fallen. The disgraceful public discourse and shameless deceits.

If it were just me, none of this would really matter. My life is good; I am 66. But I worry about the world my children and grandchildren inherit. What kind of future awaits them?

I often walk at night. I like the solitude, the shadows and soft-lit windows. I like the night sky — the vast overarching splash of pinhole stars. I stopped the other night, as I often do, and gazed upward. A breeze swept over my face. So unfathomably big and high and deep. The infinity of space, the incomprehensible meaning of time. And our little planet.

We have mucked it up. God only knows.

And I cannot save it. I can hardly cope with it all. But I can sweep the porch and clean the welcome mat, heat up some coffee, try to make my neighborhood a better place, my little corner, my own concentric circles a welcoming, friendly sphere of influence. That’s about all I can do.

And I can vote.

I can and should do a lot more than vote. But a vote is a good place to start, a good first step on the road out of here.