In these days since hearing that Mike DeCicco died, an old-time phrase keeps running through my head. “He was a Notre Dame man.”

Back in the day, in the decades before I arrived in 1970, the term “Notre Dame man” carried good weight. It was a meaningful attainment at that single-sex school, in a culture that prized masculinity and suggested its own definition of manhood and the attributes required.

Mike DeCicco embodied all that.

In this day and time it’s risky to put forward such a concept. It’s out of date and sexist and carries freight from days gone by. I’ve been here long enough to know how precarious talk of the past is.

But when I think of Mike DeCicco, that’s what I think of. 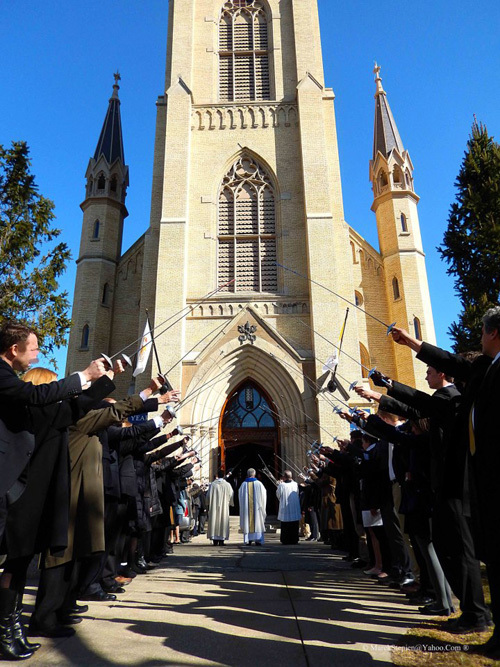 DeCicco died last week. He was 85. He served Notre Dame in some capacity for 41 years.

He came from Newark as a student in 1945 and fenced foil, sabre and epee, the last Notre Dame fencer to compete in all three weapons. His 29-1 foil record as a junior put him in the NCAA championships and his career 45-4 foil record still ranks fourth on Notre Dame’s all-time list.

He was an engineering student who graduated in 1949, later worked toward a master’s and a doctorate, who devised methods to improve air conditioning and heating, and who holds several patents. He understood the value of education. But he knew sports could produce their own bounty.

One former fencer described him as the Knute Rockne of fencing. His impact was not only national but global. His teams crossed the Iron Curtain. He coached teams in Olympic and other world championship competitions. Foreign coaches came here to coach with him; his former players went on to coach many others.

When women finally entered Notre Dame’s undergraduate population in 1972, this “Notre Dame man” was instrumental in providing them with athletic opportunities. He formed and coached the women’s varsity fencing team from 1977 until 1986. He laid the foundation for women’s teams that would win national championships.

But if you ask those who fenced for him, they’ll say his greatest contributions could be found in the relationships he formed, the mentoring he did, the personal attention he gave, the love he bestowed.

That’s why hundreds showed up for his funeral April 3 at the Basilica of the Sacred Heart. And why they spoke genuinely and emotionally about him. And why — just outside the doors to the basilica — they formed an arch with their weapons, giving the beloved coach a final salute.

But fencing — and DeCicco’s effects on his fencers — tells only part of the DeCicco story. His influence on Notre Dame athletics and collegiate sports is even broader.

Notre Dame’s program became the model for countless other schools and positioned the university as the leader in showing how athletics and academics could be mutually supportive and beneficial to the student athletes. Generations of students owe him and his staff for their education and careers.

DeCicco really cared about the students. It was personal with him.

One of my most vivid memories of him is my first — probably 25 years ago.

I was interviewing him for Notre Dame Magazine, a story about the athletes and the education they get here. He was pleasant, helpful, informative. Then I said I had noticed that a good percentage of the football players had the same major and I asked if that department was a place to shelter them. He was instantly mad — mad enough, I thought at the time (and braced myself), for him to come right over the top of his desk at me.

But he didn’t. He paused then provided a reasonable explanation and I explained my inquiry and we went right along as if there’d been no bump at all. 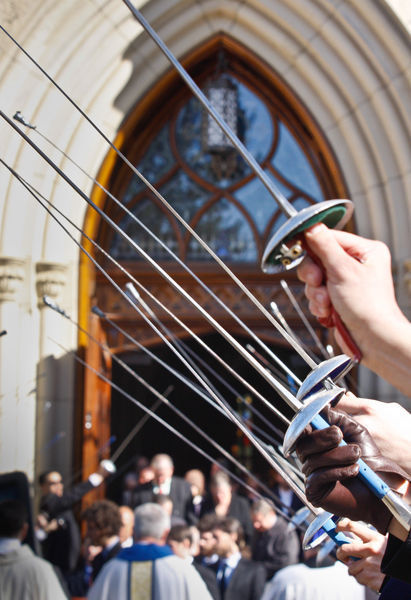 DeCicco was always gracious and friendly. The last time I saw him was last summer at Dairy Queen. He stopped for a moment and spoke to my family. We had a cordial exchange, and I thought then, as he limped gingerly out the door, “There goes a Notre Dame man.”

Since I came here to work in 1977, I have met men and women who have stood for the place, who have represented the best of Notre Dame, who show the rest of us how to be, how to perpetuate the legacy.

At one time — there’s no denying it — these giants were almost always men. That’s no longer true, of course. But Mike DeCicco was one of those giants, one who had made major contributions by the time I got here. He carried the tradition, enhanced it, and passed it on to others.

He showed those who came after how you do it: how you excel at whatever you do — and still treat others with a gentle stroke of humanity, even as you give them a firm push in the right direction.