Father Robert Griffin, CSC, was a friend, a writer and a Catholic priest. He wrote regularly for this magazine, and we talked about many things in those years and all those times we lunched together. But one of my favorites has never been told here.

I’ll tell it now and explain why later. 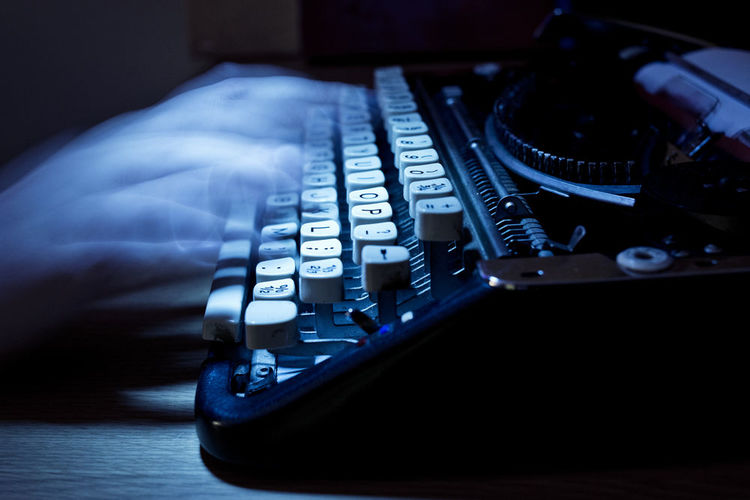 Griff was preparing a young boy for his First Communion — as he did and had done for my family and others. It meant meeting individually with the children of friends, for a month or six weeks, then celebrating a private Mass for family members and close friends. So each week he visited this particular young boy, an only child, and the two talked alone, the parents nearby in a room at their home.

The boy, Griff told me later, would talk about the man in his closet. The boy had a closet in his bedroom, and he spoke of the man who stayed in his closet and would occasionally come out and talk to him, at night, when the boy was alone.

This went on for a while, and Griff — finally thinking the man wasn’t merely an imaginary friend — asked the boy to describe the man, to tell him more. The boy said the man did not scare him; it was just that he seemed sad and lonesome. So the two talked.

Eventually Griff asked the parents about it; the boy had said nothing to them. But they were shocked and fearful in Griff’s disclosure.

The previous owner of the house — a man who aptly fit the boy’s description — had hanged himself in that closet. The boy’s bedroom had been the man’s bedroom.

Griff, a native of Maine, had the soul of a New Englander, and an Irishman’s imagination. He respected ghost stories as a man of faith who wondered at the mysteries all around us. Unexplainable phenomena. Miracles. Banshees and barking black dogs.

I believe in ghost stories, too. I’ve heard others — personal accounts, the kinds that give you a slight chill, the kinds that convince you there is more to this earthly realm than we know or understand.

I believe in UFOs, too. There’s too much evidence to discount the sightings, photos and recordings on radar screens around the world. Maybe, too, the Bermuda Triangle. What’s going on there?

When I was in high school, I saw photos of the Loch Ness Monster and Sasquatch. There’d been a sighting of a Yeti-like creature up in southern Arkansas, not far from my Louisiana home. So one Saturday night my friends and I took off for Fouke, Arkansas, to do our own investigation. But when we crossed the state line, we realized we had no idea where Boggy Creek was — the swampy terrain haunted by this local Bigfoot creature. We turned around and went over to Mitch’s to shoot pool instead.

There are many things we humans believe in — many things that defy reason, that stretch the imagination, that make us question, explore and doubt. Psychics. Astrology. Crop circles. The Appalachian brown lights. Some have scientific associations — the search for intelligent life elsewhere in the universe, black holes, dark matter, multi-dimensional universes. Some are of a religious nature — angels, miracles, exorcisms, apparitions — with faith healings a crossover step between the two.

Or life after death. It’s something most of us accept with little doubt — despite no scientific proof of a post-life existence. Unless one believes in ghosts, haunted houses, or the anecdotal accounts of near-death experiences and examples of the near-deceased encountering wraiths from beyond the grave, speaking to them as if present in the room. I’ve heard those stories, too.

And then there are the things that seem outright bogus and silly — contacting the dead in a séance, thinking a Ouija board speaks truth, fearing the sinister power of voodoo, claiming that Elvis or Tupac or Amelia Earhart lives.

But why do some things seem outrageously far-fetched to some of us while other phenomena — ones that also go beyond the pale of rationality — seem legitimately acceptable to others? We are cafeteria skeptics on a daily basis.

In our spring issue we’re planning to devote a special section to unexplained mysteries, to things we believe, and don’t believe. The idea is not to prove or disprove, to convince or debunk. It’s mainly to explore and think about, to speculate, to ask what if. To trade stories and entertain. To wonder at this world we live in.

There’s a lot — I believe — that we just don’t know. A lot that happens that we can’t explain. And, curious, I have always loved hearing stories that stretch my thoughts. I don’t mind leaving some questions unresolved.

So help us out with this. Send us your stories. Tell us a ghost story that’s real to you. Tell us about a UFO sighting. A near-death experience. An encounter with something you believe but just can’t explain.

And heck, go ahead and send ’em to me.

We’ll filter them as we can into the spring print edition and online. We need them by mid-January to be considered for print. March 15 is the deadline for online consideration.

Just tell us the story. Give us some good, fun reading.