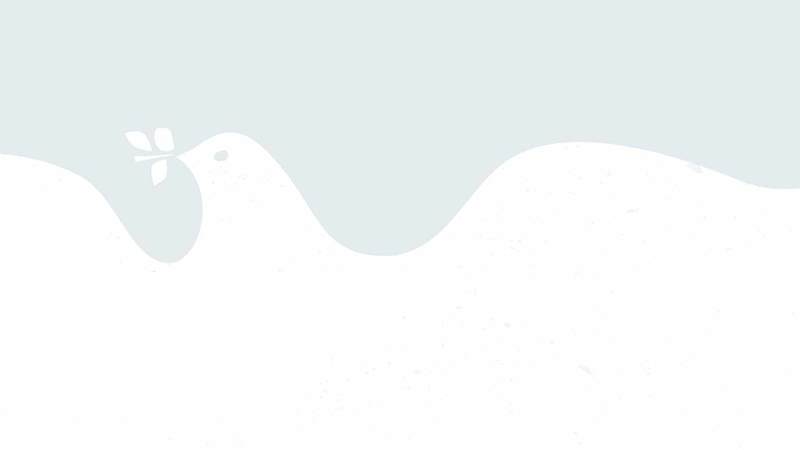 Commencement at Notre Dame. Pomp. Circumstance. And a little tension, because the speaker was somewhat controversial. But this wasn’t four years ago with President Obama — it was 30 years ago, the commencement of my graduating class.

Joseph Bernardin, cardinal archbishop of Chicago, spoke at the 1983 ceremony shortly after the release of the U.S. bishops’ pastoral letter on nuclear weapons, the writing of which Bernardin had led. “The Challenge of Peace: God’s Promise and Our Response” brought a moral and religious perspective to the debate over nuclear weapons and called for a more pacifist approach. Drawing on Church documents, the letter urged the United States to adopt a “no first use” policy on nuclear weapons and to halt their testing, production and deployment. It drew both praise and criticism from Catholics.

Put my dad in the latter camp. A Navy ensign during World War II for whom veterans’ issues and military policy were lifelong concerns, he wasn’t thrilled with the speaker. Also, Dad had served as the national commander of the Veterans of Foreign Wars a decade and a half earlier, during the height of the Vietnam War, a time when U.S. Catholic leaders were a bit more quiescent on such issues of war. What the hell did bishops know about national security? he complained.

“The Challenge of Peace” letter became one of many explications of Church teachings received by a divided audience. Depending on the topic, one side or the other would say the bishops were out of step with the modern world, asserting principles that were unrealistic and difficult to apply given current conditions. This disconnect between the bishops and the experience of their flock reminds me of what my dad said when his practice didn’t live up to his principles: “Do as I say, not as I do.” It’s an imprecise analogy, but it gets at the difficulty that real life poses for moral behavior. No one goes through life with clean hands.

With his monotone delivery of what was, befitting the topic, a generally humorless speech, Cardinal Bernardin put it right out there: “The threat of nuclear war is greater than ever before.” Talk about a great graduation day theme! No easy bromides about bright futures and hard work. No jokes about entering the real world. He laid out the general argument of the pastoral letter and received ovations from the audience.

Finally he brought things back to a charge to the graduates. The bishops’ letter, he said, described the times we were graduating into as a “new moment” that “resides in the vivid awareness people have of the danger of our times.” It "raises questions that you will have to deal with in the months and years ahead. There is no way you can responsibly avoid them.”

In the seats, I had been through a different kind of new moment. I had known little about Church teachings on peace and justice until I came to Notre Dame. My longtime pastor had focused more on Mary and miracles than on what the Church says about how we should treat each other. But at Notre Dame, I grew to understand that charity demands a broad concern for humanity. Specifically, I learned that there was a religious dimension to the nuclear threat, which might be summarized, if simplistically and incompletely, with “Thou shalt not kill,” “just war theory” and “Whatsoever you do.” Attention to nukes had ratcheted up, both nationally and at Notre Dame. Some of my classes addressed it; a nuclear freeze movement existed on campus; and Father Theodore Hesburgh, CSC, then Notre Dame’s president, was on the international stage on the issue. “Vivid awareness” certainly existed at Notre Dame.

And with good reason. There had been more tense moments in the four-decade-old nuclear age, but the 1980s had turned up the heat. In May 1983, the Doomsday Clock of The Bulletin of Atomic Scientists, which measures “how close humanity is to catastrophic destruction” (represented by midnight), stood at four minutes to midnight, having moved from seven minutes in 1981. It ticked another minute closer in 1984.

Contrary to the broadly social and moral approach to nuclear issues that I was learning, Dad came from a more personal perspective. In the summer of 1945 he had served briefly on the U.S.S. Indianapolis at the time it was delivering pieces of the first atomic bomb. Ignorant of the secret contents of the containers, Dad told me, the seamen sat on them (evoking visions of Dr. Strangelove), joking that they held toilet paper for General MacArthur. Dad got off the ship when the bomb parts did, three days before Japanese torpedoes sunk the Indianapolis, dumping hundreds of sailors into shark-infested waters.

Not long after the bombing, Dad visited Hiroshima. Decades later, as a boy, I saw his photos of dark rubble landscape punctuated by black crumbling structures. With an imagination fueled by war movies, an adolescent’s Cold War patriotism and, after all, a hawkish father, I fear I was mostly wowed by the bomb’s awesome capabilities and ignored the people who had lived there. It was later that I learned to start worrying.

The sort of touristy nature of those photos became troubling to me over time, but I don’t think Dad felt using atomic bombs was a solution the world should revisit. He believed in nuclear deterrence, but he was no mad bomber. I remember as a teenager going with him to borrow something from a local doctor. It was late in the Vietnam War, and inevitably the adult conversation went there. The doc thought that all we needed to do was get a small nuclear bomb — he demonstrated the size with his hands, shaping them around a softball-size space — and drop it on Hanoi. On the drive home, Dad dismissed the comment as a little wacko. He might have wanted the nuclear option but was hardly itching to use it.

He had no doubt about the bomb’s first use, however. Serving in the Pacific late in the war, he would have been in the initial wave of an invasion of Japan — an incursion he didn’t believe he would have survived. The atomic bombs prevented that invasion, he argued, and saved untold numbers of American and Japanese lives. Later debates raised questions about motivations behind the use of the bomb. For Dad, it was profoundly personal: The bomb saved his life.

It was personal for hundreds of thousands of soldiers and sailors, too. Among them was the literary critic Paul Fussell, who wrote of this bluntly and eloquently in an essay called, plainly enough, “Thank God for the Atom Bomb.” A soldier who fought in Europe and was en route to the Pacific invasion force when the bombs were dropped, Fussell described the horror of frontline combat and the inexhaustible determination of the enemy. He skewered critics of the bombings for dismissing their simple purpose of ending the war and saving lives, and for neglecting "the importance of experience, sheer, vulgar experience, in influencing, if not determining, one’s views about that use of the atom bomb.”

Unlike the critics, who “do not come from the ranks of society that produce infantrymen or pilots,” Fussell noted that many servicemen didn’t speak up because they suffered from “an eloquence problem: most of those with firsthand experience of the war at its worst were not elaborately educated people.”

With an elaborate education myself and, as my dad always hoped for my brothers and me, lacking the necessary war experience to qualify for membership in his veterans group, I probably first learned of Dad’s assignment to the planned invasion while arguing with him about nuclear weapons. What a great way to end a father-son argument! I think the prospect that he might have been killed struck me more than its unavoidable corollary: I would never have been born. For Dad — and for his descendants, for me — this made it a painfully existential issue, not to mention a somewhat selfish one. Hundreds of thousands of residents of Hiroshima and Nagasaki and their nonexistent descendants would no doubt have wished they could make a similar claim.

So Dad rejected the cardinal’s position. A lifelong Catholic, he could not do as the bishops said. Being more in Bernardin’s camp, I couldn’t support Dad’s prudential judgment. There’s a difference between accepting the necessity of the terrible decision that had been made nearly 40 years before Bernardin’s address and tolerating the potential of making it again. I couldn’t condone his position of the bomb as a necessary evil, but, lacking the experience that contributed to his taking it, I couldn’t condemn him. I don’t have the philosophical tools to navigate this argument. All I know is that it’s about my dad.

In the years since, I don’t know how well the 1983 graduating class has answered the questions the cardinal said we had to deal with. The collapse of Communism may have helped us avoid them for a while at least, although the Doomsday Clock, having swung out as far as 17 minutes in the early 1990s, is back to five minutes to midnight now as climate change and biological agents have joined a perhaps re-emerging nuclear threat from such places as Iran and North Korea in the midnight math. The questions seemed to change, maybe becoming more introspective over time, and the awareness became less vivid.

Like so many graduates of so many commencements, I didn’t remember much about the speech until I looked back at it recently. I know I was already becoming smug about being wiser than my father, and I recall a sense of youthful arrogance because my speaker irritated him. What I remember best is the standing ovation at the end of the speech. As I stood to applaud with the rest of the graduates and the crowd in the ACC, I scanned the audience. There was Dad, sitting on his hands.

Patrick Gallagher lives in Aberdeen, South Dakota, where he works for the Catholic school system.