The gap today between the police and the people has no rightful place in a democracy. We are better than that.

On October 5, 1979, I worked my last tour in the 32nd Precinct in Harlem. My final entry in the precinct log was this: “Thank you, police officers, for your integrity, your courage, your humor and your ability to get the job done. Thank you, people of Harlem, for teaching me that human dignity, endurance, generosity and kindness can survive, even flourish, in the harsh, hostile streets of urban poverty. For being my wellspring of motivation, my silent source of enthusiasm for the last six years, I thank you both. Thank you, Harlem.” 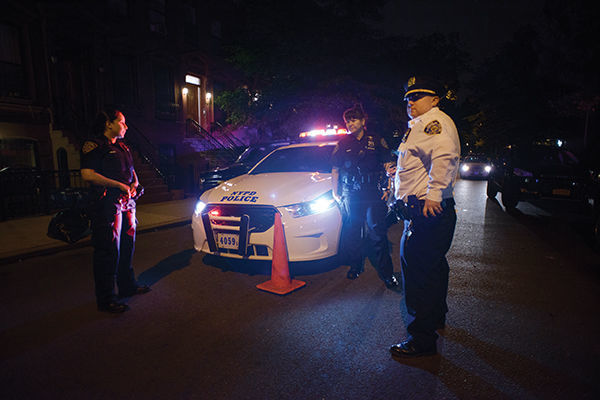 What accounted for this change in beliefs? I saw two major reasons.

As if that weren’t enough, officers interact with criminals in their worst moments: committing crimes, sometimes terrible crimes; fleeing and placing officers and civilians at risk of injury; fighting to avoid arrest; spitting, kicking, biting, grabbing for your gun or your eyes. In those moments, anything that will set them free is fair play.

The negatives take a toll on the soul; the officer’s perception of reality can become defined by the world of negatives. A trap is set. An erroneous perception of “the public does not support us” takes hold and leads to cynicism, apathy and burnout. In the noble profession of “protecting and serving,” burnout betrays both the people and the officers themselves.

The second reason I see is what I call the seductive shell — the patrol car. It can become an unsuspected enemy. It isolates the police from the people. The car shields an officer from those “others” who dwell outside it. Venturing forth from the shell usually happens in response to a problem, so a sinister conditioning may take hold in an officer’s mind. Leave the shell: problems. Stay in the shell: no problems. It’s safer in the shell. The shell whispers to the officers, “It’s us versus them, and that’s what this job is all about.”

I believe structural change within the police world is needed to address these challenges. It would require positive, personal contact between the officers and the people they serve, and a team approach to solving the problems the two groups identify together.

Back in Harlem in 1974 we initiated the “Cop of the Block” program. It wasn’t a typical community-policing program because all our officers continued to handle 911 calls. In retrospect, that was a critical decision. Too often, community-policing programs reassign officers from patrol cars to foot patrol, creating a different “us versus them” mentality — this time within the ranks of the police. Officers who respond to 911 calls are justifiably annoyed that officers who “just talk to people” are not available to back them up in emergencies.

By contrast, Cop of the Block kept all officers assigned to patrol cars, but gave them the daunting task of starting eight block associations. They had to initiate the first monthly meeting. After that, they had to respond to the issues raised at meetings chaired by each association’s elected president.

In New York City, the block is the town. Next block, next town. In some precincts, depending on the population density and available police personnel, the “block” assignment for the officer might expand to as many as 20 city blocks. These officers attended meetings of representatives from each block.

For many officers, distributing the fliers that invited residents to form these associations meant meeting hundreds of people for the first time. Those fliers became the perfect gap-reducer — identifying the officer and stating his or her commitment to listen and respond proactively to the problems people saw on their own blocks. Handing out the flier meant one-to-one contact. Human being to human being.

We soon learned the importance of listening — the perfect trust-builder. In a democracy, listening is leadership.

One block, one story: First meeting on 127th Street. Cold winter night. Freezing basement of a storefront church. Fifty people came out, all of them keeping their coats and hats on for the entire hour.

I mentioned that the block had twice as many burglaries as any other block and suggested this might be the worst problem. Using her cane, a woman in her 80s stood up. “Nope,” she said. “That’s not it. The dice game.

“That’s the worst. Used to babysit most of them and now they’re drinking, cursing, fighting, wasting their lives. Don’t ever want to see that. Want to remember them as the boys I loved as best I could. Hurts me too much to see them now. I walk the other way. Three blocks longer to get the groceries, but I do it! That dice game is ruining this block!”

Silence in that cold basement, the silence of truth and sadness and love. I asked how many other people thought the dice game was the biggest problem. Maybe 40 hands went up. The dice game was gone the next day and never returned. The team’s first win.

Many wins followed. United, we were a tough team to beat. Within a year, robberies declined 28 percent, grand larcenies 27 percent and burglaries 31 percent. The meetings also initiated projects: block cleanups, block parties, a summer basketball tournament, a Broadway excursion for children, a Christmas cake sale to provide gifts to families, a dance to raise money to send children to summer camp. Walls splattered with graffiti were painted, stoop lights suddenly remained on at night.

Bottom line? The blocks were safer, looked better and, most important, the people got to know each other better. Block pride flourished. Block friendliness increased.

Police job satisfaction was another win. In my experience, most patrol officers don’t see themselves as making a difference. With the passage of time the ideals of the academy take the 911 negativity pounding. It’s depressing. In a modified patrol structure like Cop of the Block, that perspective changed. A wave, a smile, where before there had been none, became a meaningful thank-you to the officers.

When 12-year-olds run to a patrol car and, basketball in hand, blurt out to the officers how happy they are about coming in second in the tournament, that’s the best in us. When officers are allowed to see and experience the best in human nature, everyone wins. The gap was gone. “Us versus them” became “we the people.”

Ed Stubbing is a retired sergeant of the New York Police Department. A version of this essay appeared first in The (Cleveland) Plain Dealer. He dedicates it to Bob Scanlon and Ralph Stanchi, “simply the best officers ever,” and to the “beautiful people of Harlem.” Contact him at luedstubbing@aol.com.