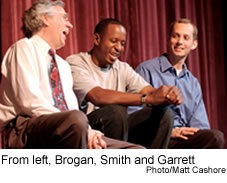 Andrew S. Hughes is a reporter in the features department at the South Bend (Indiana) Tribune. During academic breaks, he works as an announcer at Notre Dame’s public radio station, WSND-FM (88.9).