I am a writer by profession, but it is impossible for me to write the only thing I have ever needed to write. This memory is so ever-present, so palpable, that it is like a sepia film on the inside of my eyes, coloring everything in the world around me. Yet I have no idea how to describe it; I seem long ago to have lost the language that surrounds it. The face of the man who set the memory in motion is a lightless void. It is indescribable.

How do you write about a memory that you have willed with every fiber of your body into blackness, into the furthest recesses of your mind, where only you and it live in the silent dark? I tried for years not to write this, I did everything except put these words on paper. How do you start an essay like this? 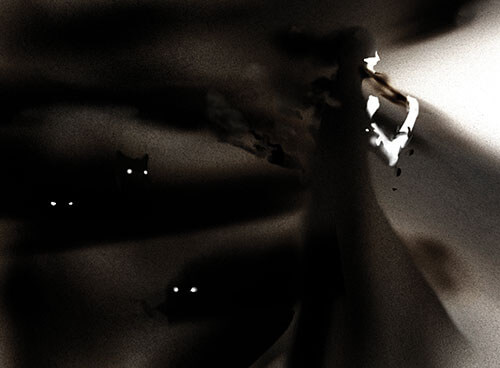 Here is how: When I was 16 years old I was drugged and raped while I fought in and out of consciousness.

It is 15 years later, and I live an outwardly enviable life. I have a loving husband and a beautiful baby boy, we are healthy, we are well-off, I have been the lucky recipient of prestigious schooling and accolades for my work. And I have not slept soundly or free of repulsive, recurring nightmares since I was 16. I have not taken a shower in 15 years without being dragged back into the shower I spent hours in after I was raped, trying to get clean. I am terrified of the dark. I am terrified of being alone. I am terrified of men. I am terrified of too many things. My rape lives with me. It follows me like a black dog with familiar fangs and a quiet, violent permanence through my days and through my nights, into every shower, into my most intimate moments.

Being raped is a violation that is fundamental, it is like eating the apple, it is a terrible knowledge you cannot give back. It colors everything. My rape is seared into my mind, irrevocably. I remember the horror of waking up to what was happening, the angle of the light under the door and the feel of the bed sheets — the shame blooming, blooming from the wound that had spread inside of me — more vividly and with more ferocity than I remember moments from my wedding and the birth of my son.

Why am I realizing this only 15 years later? I have a theory.

In the slow-motion hours and days after I was raped, I was forced, as most rape victims are, to make a terrible calculation. It is a familiar truism, but it is worth repeating: There is no such thing as a perfect rape victim. I was not attacked in a church parking lot on my way home from Sunday services. I was at a stranger’s house drinking alcohol on a school night. I had already had a somewhat troubled childhood. Rapists choose their victims for a reason. Had I consumed alcohol that night? Yes. Was I an easy target? Yes.

Do any of these details matter? No. There is only one salient fact here. Let me repeat it: When I was 16 years old I was drugged and raped while I fought in and out of consciousness. But here is the calculation a 16-year-old rape victim fighting for survival must make: What is the immediate upside to prosecuting my attacker, to speaking his crimes out loud? What will it cost me?

I was more fortunate than most. I had a strong support system and the fierce advocacy of a woman I owe my survival to, my high school vice principal, who did everything she could to get me to speak, to fight, to prosecute. But, right away, it became clear to me the price I would have to pay to do this. The first question — which was not phrased as a question but as a statement — from the only friend present at the house where I was raped when I told her what had happened was: Why didn’t I hear you scream. And she was a friend.

We live in a culture, still, that puts victims of rape on trial, and the trial begins long before anyone ever reaches a courtroom. Victims of rape know this. So do their rapists — they count on it. In my case, that question-phrased-as-a-statement was enough to deter my speaking. That insidious sliver of doubt was radioactive. I read the news; I was an intelligent young woman; I knew how much worse it would get, that to be raped and to say so out loud would be to invite attacks on my character, my clothing, my decisions, my mannerisms, my mistakes, my friends — on whether or not I had cried out at a sufficient decibel level while I was being raped.

I had just survived an attack. I did not feel strong enough to endure these assaults, too. And so the calculation seemed simple. Outside of a small circle of people — a circle that did not even include my own parents but that did, of course, include my rapist — I would keep this secret. It was safer that way.

But there was a foundational flaw in my calculus, and it is this: When you are a 16-year-old rape victim, and you are struggling to survive, you do not have the ability to foresee what silence will cost you. I am writing this now, 15 years later, to help change the calculus of future victims, to tell them this: Silence will cost you dearly.

My parents still have not been told what happened to me, though I know they fear that something did. I am a 32-year-old woman who is afraid of the dark and only now finally able to say this out loud, on record. I know what the costs of silence are, so let me tell you.

The decision not to speak — to put the unimaginable, unbearable burden of shame on yourself instead of on your attacker — is so much more than just a legal decision. To internalize a rape, to close up and to recede into the darkness, to refuse to say the truth out loud is to die a kind of death. It will make you susceptible to future violence and degradation, because you will be conditioned to feel that you deserve it. It will fill you with rage. It will follow you into showers, it will follow you into your relationships. It will haunt you everywhere you go.

Most terrible of all, it will make you forget the truth. And the truth is that none of the guilt is yours. None of the shame is yours. It all belongs to him.

Predators thrive in the dark, they count on the silence that comes with fear. They rape unconscious women because they think they can get away with it. And they often do. It has taken me 15 years, but I have had enough. I am finally telling the truth: When I was 16 years old I was drugged and raped as I fought in and out of consciousness and it was not my fault. I did not deserve it. And it is not my secret to live alone with anymore.

A story of redemption lives here, if you look closely. Hope springs anew, even out of the wounds of trauma.

When my son arrives at the moment in his life in which he realizes that something is not right in the world, when he first asks about the tragedies in the news, I will tell him, like Mister Rogers, to look for the helpers. It is so simple even a child can understand. Two Swedes on bikes at Stanford. My vice principal. The extraordinarily courageous survivors who tell the truth and, in so doing, come to the defense of the defenseless. My husband. One day, my son. There are helpers everywhere. They are all around.

There is now, in 2016, a resolute and life-giving chorus of women who are refusing to stay silent. Our rapists have taken enough; let them not take our voices, let our silence no longer obscure the truth of their crimes. I am joining the chorus and refusing to live in darkness. I am dragging this out into the light and finally telling the truth. For the truth begs to be told. Even from the rocks, from the detritus of the past, it cries out clearly.

I believe, without doubt, and with the full weight of my faith and my convictions, that the light outshines the darkness and that the truth prevails in the end. When I was 16 years old, trying to decipher the consequences of speaking, trying to discern who would be with me and who against me, I forgot this: The truth was always with me; God was always with me.

Let us be set free by the truth.

Jessica Ringsred lives with her husband and their son in Milwaukee, Wisconsin, where she writes for nonprofit organizations.