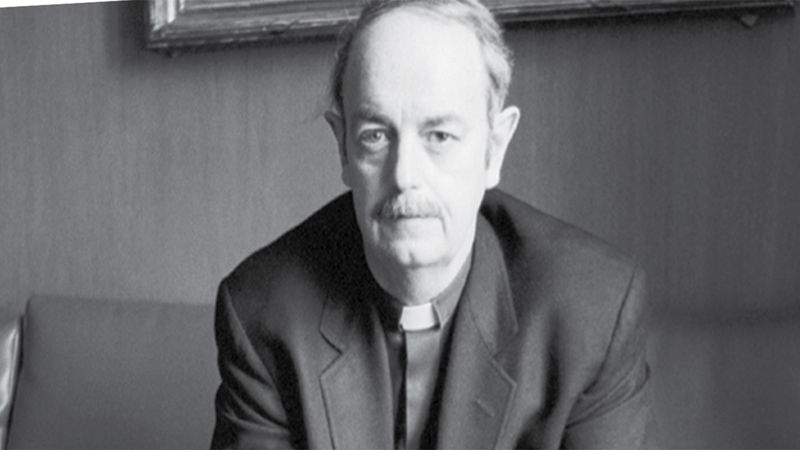 Rev. Robert F. Griffin, CSC, ’49, ’58M.A., once one of the University’s most renowned characters, wrote regularly for Notre Dame Magazine as well as a weekly column for The Observer. He wrote 51 essays for this magazine between 1972 and 1994, with 49 of these gathered into a collection edited by J. Robert Baker ’76, ’82M.A., ’93Ph.D., a professor of English at Fairmont State University, and Dennis Wm. Moran ’76Ph.D., managing editor of Notre Dame’s Review of Politics. Those are now published by the University of Notre Dame Press as The Pocket-Size God: Essays from Notre Dame Magazine. 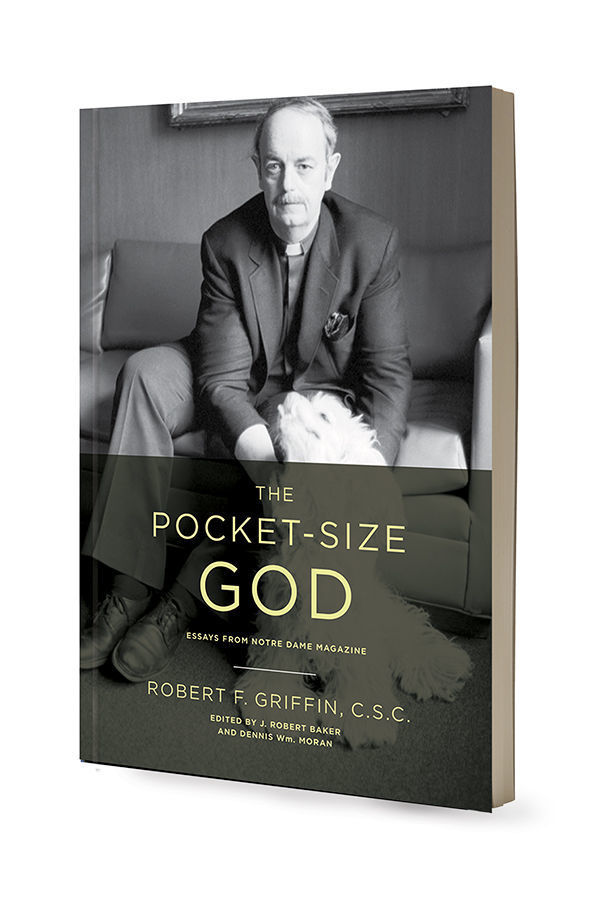 “Waiting for the Lord has been the story of my life,” he said, opening the final essay he wrote for this magazine, “Alter Christus,” five years before his death in 1999 at age 74.

In those many preceding essays and throughout a lifetime grappling with the comings and goings of God, the beloved priest shared his search with his many readers as well as the street people of Greenwich Village (where he served as a parish priest in academic-year off seasons), the lonesome and disenfranchised (as a wounded pastor who knew too well their dark nights) and generations of students faithfully and hungrily trying to reconcile the tenets of belief as they met the realities of life head on (as a rector, University chaplain, member of the Campus Ministry team and proprietor of Darby’s Place, an informal late-night refuge).

While Griff was also known for his SRO Masses in the Stanford-Keenan chapel, his constant companion, the cocker spaniel Darby O’Gill, and his Urchins’ Mass and radio show for the children of faculty and staff, the priest was at heart a writer who created lyrical prose that also carried depth and truth, humanity and mercy. Although he dealt squarely with his times, his deliberations on the sacred and profane are still relevant today.

That final magazine essay concludes: “In an age of anxiety, my mind stays busy waiting for the Lord on the peripheries, where he hangs out as a lonely God. I hope that I will be able to distinguish substance from shadows. This could happen as soon as the Lord I’m waiting for lets me catch up with him. On your death bed, I think, you have those clear days on which you can see forever.”