Approximately 150 cells floating in a sac of fluid and burrowed into my uterus are multiplying at an astounding rate toward viable life. Assuming I carry this pregnancy to term, it will be the first time I give birth. It won’t, however, be my first child.

I became a parent last year. Since then I’ve changed the diapers of a developmentally delayed 8-year-old. I’ve watched at midnight as another child was strapped to a stretcher outside of my home then driven off in the back of an ambulance. I’ve played impromptu hostess to three police officers during one crisis or another, as well as to dozens of social workers, lawyers and volunteers. I’ve gone to court twice, registered two kids for school and seen one transferred midway through the year. At too many meetings with too many administrators that dragged on too long, I’ve advocated on behalf of children with special and varied needs, often to no avail. I’ve repeatedly calmed down tantrum-prone kids who were intermittently irate and fluxing between extremes of laughter and tears. 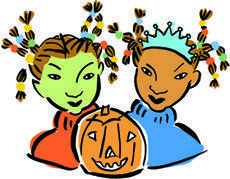 In total my husband and I have opened our home to seven foster children for lengths of time ranging from one day to more than six months (and counting).

At a foster parent training session, a social worker asked our motives: Why did we want to offer our homes and hearts to children who were strangers and eventually would leave?

Our reasons ranged from the practical to the moral. We could. We had an unused extra bedroom. We had a dual-income household. We had transportation and the ability to provide. We wanted to give: our time, money and love. We felt we could offer a safe home to children who needed one. We believed it was the right thing to do.

Many people seemed to find it difficult to understand why we would choose to be foster parents, especially at our ripe and fertile childbearing ages; why we continued to choose it after several early traumatic experiences; and, finally, why we chose to attempt parenting not one but two kids together on a long-term basis, especially considering their court-mandated goal was to eventually go home.

“The same way you did,” I replied.

“Neither are mine,” I said.

Living with other human beings — even suffering children who reflexively reject love — means they aren’t strangers long. Besides, loving these small strangers has yielded amazing results — results I’d go so far as to guess surpass in certain senses the safer love of flesh and blood. There is vulnerability in it, risk, danger; the rewards, though perhaps rarer and less certain, are consequently concentrated with meaning.

In the past year, my husband and I painted one daughter’s face green so she could be a witch on Halloween, then we took her and her princess sister trick-or-treating. We applauded when our child began to learn to play the sax. We collected artwork and displayed it throughout our home. We read to our kids and helped them learn to read. We stayed up working through addition, subtraction, multiplication, and quizzing on spelling words, the skeletal system and the body’s many muscles.

We were Santa. We took them sledding. I braided and curled our daughters’ hair, cooked for and with them. We had dance parties and made up bedtime stories. We told jokes, had birthday parties, took day trips to museums and pick-your-own farms, visited cousins in the country and laughed in hilarious fits. We sang them to sleep, kissed them goodnight and tucked them into blanket burritos, their ensuing giggles spurring our own delighted laughter.

We cheered on one daughter at the school’s annual Turkey Trot and a few weeks later waved to the other from the audience at the winter concert. Their faces opened with joy when they saw us there. As tears of love gushed in my eyes, I smiled at the irony that I was now one of those parents — about whom I’d previously only cracked jokes — who cried at their kids’ holiday pageants. Of course I also cried because I knew it was likely to be the only Turkey Trot and winter concert at which we’d be able to cheer for them.

Soon our daughters will leave us. I don’t know how I’ll breathe when they go or if I’ll want to. Technically, biologically, they are not my daughters. But I love them. We are family. Their impending departure is one reason my husband and I recently decided that they will be our last foster children, at least in the near-term.

Foster care has stripped us to our bones and taught us what we’re made of. Since beginning this journey, we’ve lost more friends than we’ve gained, but relationships have strengthened with friends and family members who have stood by us and embraced the kids as if they were our own.

Likewise, my marriage has grown stronger than ever because it’s been more challenged than ever. While my husband and I quickly learned to parent exceptionally challenging kids in exceptionally challenging circumstances, it has been harder to manage and accept the foster care system. After our relatively brief experience with it, we’ve concluded that at this time we’re unable to roll with it and its demands in the way that would be required of us to succeed and to maintain a functional and professional relationship with it — and a happy and healthy relationship with each other.

All of the system’s inconveniences and flaws, however, are on a different plane than the loss of loved children.

I knew intellectually from the day we accepted our daughters into our home that they would leave and they’d take our hearts with them.

That’s another reason that we’re choosing to stop: We don’t want to again assume the job’s myriad challenges in addition to another acute loss. By the time the year ends, we will have said goodbye to seven children. The loss of these two girls threatens to be our most painful yet.

People warned us about the loss, but we wouldn’t trade our experience. Loving these kids has been a microcosm of every life lesson worth learning and has only further illuminated the deal we make every time we choose to love: In exchange for elevated feeling and experience, we accept the crush we’ll endure when a relationship ends. As they all do.

But I don’t know how the kids sustain it. They are brave and resilient, I guess because they have to be and also perhaps because they are conditioned to be. They grow up locked into perpetual cycles of loss. They fall off the edge of the world then circle back, only to fall again. One way or another, they adapt. What other option do they have?

I aim to emulate them. Knowing them has yielded an unparalleled experience of family and has challenged me to accept and love the world as it is. I’m managing to abide the haunting sense that I’m abandoning them by striving to do what they do: accept things as they are, the way they need to be now for my husband and me. I keep my hope that they’ll be safe in other homes and families, and based on the number of amazing foster parents we’ve met, I have good reason to hope.

As for the kids we’ve been privileged to parent, I hope the work we’ve done somehow will yield in them more love. That they’ll carry a fragment of it with them and that it will help them through a day or two. I hope they know I will always be a mom to them and that they can call anytime. More than anything, I hope they will.

A friend recently told me that when you sustain a traumatic emotional loss — a broken heart — you can adjust, brace yourself, improve upon your fitness to survive: “Next time you don’t have to be the artery,” she said.

Since then I have been visualizing myself as the farthest corporeal point from the burst heart: the last capillary in my pinkie toe or, better yet, the hardened callous overgrowing my husband’s big toe. No feeling throbs in that dead gray flesh.

For now, we remain the artery, but we also prepare. To aid healing we build new life into our grief process. Our child — today only the size of a poppy seed — needs us to not bleed out. At the same time, he needs us to continue being vital conduits through which gush life, love and even loss.

Emily Dagostino has a master’s degree in journalism from Northwestern University. She wrote this essay in January and gave birth to a son in August. She can be reached at etdags22@yahoo.com.