My street in Brooklyn is the main pedestrian approach to the ironically misnamed Harmony Playground, a destination for the loudest and most histrionic of the neighborhood’s children. On weekends they pass in procession under my window, cossetted in their SUV-like strollers, screaming their heads off. Is everyone’s sippy cup just out of reach? Have they all dropped their sock monkeys? I can’t be sure. My wife, however, has nicknamed our street Tantrum Alley. 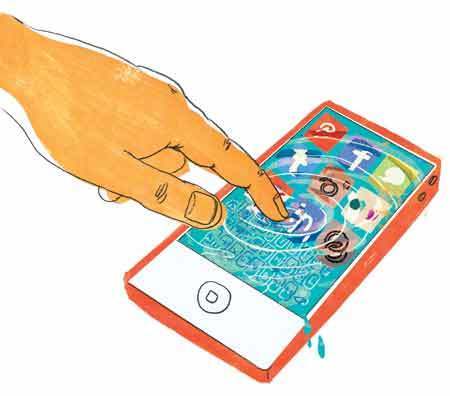 In his 1914 essay, “On Narcissism,” Sigmund Freud argued that all infants are narcissists, masters at manipulating their parents to get what they want. What he didn’t say is just how much noise they can make in the process. For Freud, the narcissism of kids was perfectly healthy and even necessary. Evolutionary biology backs him up. Born unable to care for themselves — compare human babies with the much more quickly self-sufficient offspring of other animals — babies learn to treat their parents like servants to ensure their own survival.

This accounts for the scene on Tantrum Alley and for the array of ingratiating qualities — the soul-lifting smile, the adorable babbling, the irresistible smell of baby head — that babies deploy to ensure our continued devotion. Or servitude, if you prefer.

So why does narcissism of the adult variety bother us so much? We see it everywhere. The shameless bragger. The bullying liar. The relentlessly self-absorbed conversationalist. Critics of Barack Obama like to call him “Narcissist-in-Chief.” Ben Affleck recently called all actors narcissists. Disgraced bicyclist Lance Armstrong went on Oprah to call himself a narcissist. As commonly used, the term is not so much a diagnosis as an all-purpose slap-down for anyone we think has become too full of himself. In fact, the term may have more currency in popular culture than it does in medicine. The fifth edition of the Diagnostic and Statistical Manual of Mental Disorders, from the American Psychiatric Association, not long ago dropped narcissism from its menu of personality disorders.

What most of us are talking about when we talk about narcissism is only distantly related to a doctor’s diagnostic criteria. It’s partly a matter of fairness.

What bothers us about narcissists is that they demand and claim more than their fair share of attention. In a time of economic anxiety, like ours, that kind of grasping tends to provoke a backlash. Thirty years ago, in the wake of another recession, the social critic Christopher Lasch wrote a best-selling jeremiad called The Culture of Narcissism. Lasch announced that America was populated by coldly calculating self-aggrandizers angling “for competitive advantage through emotional manipulation.” His critique resonated with readers stung by the hard times of the mid-1970s and bewildered by an ever more exhibitionist popular culture. (See the entry on “streaking” in Wikipedia, youngsters.)

A current of rampant individualism has always run through U.S. life and art. Think of Emerson’s essay “Self-Reliance,” a prose ode to the power of the genius in all of us; or Melville’s Moby-Dick, a story about how one monomaniac’s obsessive quest produces the demise of an entire (shipboard) society. But Lasch and others thought that economic forces had come to shape the American character in disturbing ways. The historian Warren Susman argued that a 19th century Culture of Character focused on duty and manners had given way to a 20th century Culture of Personality focused on charisma and attractiveness.

“The social role demanded of all in the new Culture of Personality was that of a performer,” Susman wrote. “Every American was to become a performing self.” The old defiant Emersonian nonconformity had been reduced to a shallowly gregarious patter designed to get us ahead.

The best place to see this dynamic at work today is, of course, on such social media sites as Facebook and Twitter and Instagram. The prevailing tone there is as glib, slick and self-promoting as was found in any Jazz Age self-help manual: “Try in every way to have a ready command of the manners which make people think, ‘He’s a mighty likable fellow.’” Or maybe the comparison is to the little kids on my street screaming for notice in their strollers: Pay attention! Look at me!

Social networks depend on the belief that we all have a story to tell, we all have some pictures to show and the world wants to hear from us. Sustaining that illusion requires at least a little narcissism. After all, who cares what I had for lunch? Who would possibly want to see a picture of it? But maybe the illusion is easier for some generations to sustain than for others. Here’s actress and writer Lena Dunham on her father’s view of Twitter: “He’s like, ‘Why would I want to tell anybody what I had for a snack, it’s private?’ And I’m like, ‘Why would you even have a snack if you didn’t tell anybody? Why bother eating?’”

This attitude turns digital self-display into an existential act: I tweet, therefore I am. And if I stop, I cease to exist, to at least some segment of my world. Not that this is necessarily evidence of pathological narcissism. The whole digital system of exchange, the digital-capitalist economy, demands we keep providing content. It demands that we — and note here the juvenile nature of the imperatives, straight out of the preschool lexicon — keep sharing and poking and liking.

If there is anything narcissistic about all this, it is that it is self-defeating. We think of narcissists as being obsessed with winning, but Narcissus himself could never win. He could never possess the prize he sought — his own image — because every time he stooped to approach it, it vanished in the ripples of the pond. It remained ever out of reach.

The digital economy depends on our continual engagement. If we stop providing content, the whole thing shuts down. The too-frequent Tweeter, the Facebook status-updater who needs to share every detail of every workout strikes us as narcissistic. He is playing the game we all play but is playing too intensely, trying too hard.

The problem is that trying harder doesn’t work, either. The effort cancels itself out. Art, performance, even worship all require silence as well as statement. And the true narcissist has probably discovered that silence, too, can be a source of strength, of power. That’s a truth the tantrum-throwing kids on my street have not yet learned, and it’s one forgotten in the glib new world of social networking.

Susan Sontag called silence “the artist’s ultimate other-worldly gesture.” It is the ultimate transcendence, which may be why silence is part of so many spiritual traditions.

“God is silent,” Woody Allen said. “Now if only man would shut up.”