It’s that time of our life again when my wife and I dream of dropping everything and spending a year abroad. Most wage earners cook up this fantasy about twice a day, in between steaming cups of reality brew, but our fantasy will soon be real. Next spring we’ll cram into suitcases our clothes and books and modest middle-age hopes, and we’ll embark, like we do every seven years, on the great perk of our profession — sabbatical.

We still have another year of teaching ahead of us, two long semesters of grading papers and surviving dismal committee meetings. But come next May, we’ll take off like monarch butterflies or the swallows of Capistrano, migrating far from the bullies and bootlickers at work. We’ll bid adieu to our home in the bland Midwest, with its bad food and nice people, and — volare — we will fly.

We have our college to thank. It will pay us two-thirds of our salaries to get out of town for the year and will kick in extra cash to cover travel expenses and housing in a foreign land. We just have to read and learn, do a little writing and eat some really good food, and promise to return when the year is over and get back to work.

“What a great hustle,” my dad remarked. 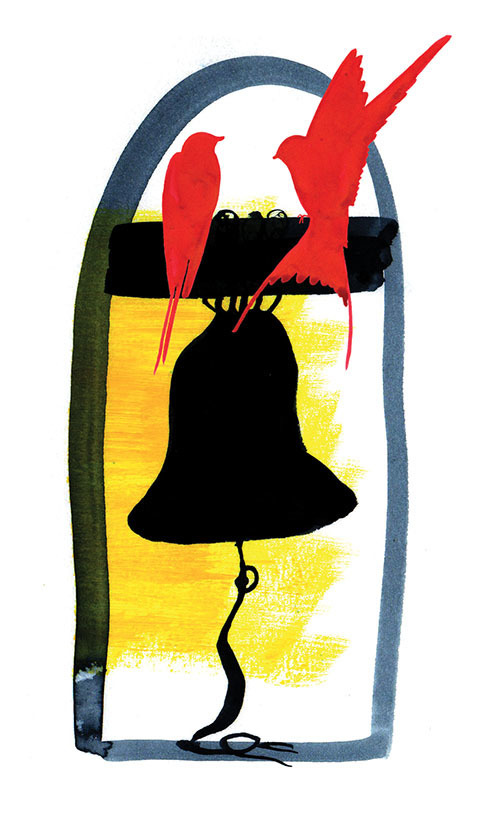 Maybe. Or what enlightened thinking. Harvard’s president, Charles W. Eliot, initiated sabbaticals in 1880. He noticed that granting leaves of absence to faculty, without pay, wasn’t working. Either professors weren’t coming back to Harvard happy — or they weren’t coming back at all. So Eliot started paying tenured faculty, every seven years, to take off and do their research. He figured sabbatical leaves would energize professors and give them a chance to grow intellectually. Plus, once they got back, professors could share their new learning with colleagues and students, and make Harvard a richer place. It worked. Faculty stuck around. Other universities quickly followed Harvard’s lead, and today the great majority of four-year colleges have some kind of paid sabbatical.

But where do we go? As writing teachers, my wife and I aren’t chained to any research lab or library, so we can go anywhere. The pampas of Argentina? The glories of Istanbul? What about southern France and its warm sunny valleys? Some might scorn this kind of thinking as vacation planning — and a few colleagues in the sciences accuse us of just that — but we in the arts and humanities have our classic retort. As Euripides said, “Experience, travel — these are an education in themselves.”

Yes, but we also have to be careful what we ask for. Six years ago, my wife and I took our sabbatical in Mexico. We chose Oaxaca for its art scene and indigenous cultures, its balmy weather and its mouthwatering sauce called mole. My wife scored an amazing rental wife on sabbaticalhomes.com. Sunny bungalow. Gorgeous views of the Sierra Madre. Swimming pool in the backyard. (Swimming pool!)

But everything went wrong in Oaxaca. First the pipes exploded in our walls and we couldn’t flush the toilet for weeks. Later I got zapped by a scorpion that had been making a home in my boot. Then came a labor strike that turned into a revolution. Protesters hijacked buses and hurled Molotov cocktails at police. Paramilitary squads responded with killings and kidnappings. Army men, decked in riot gear and machine guns, bombed the town square with tear gas that stung my eyes from a mile away.

Worst of all, though, just after New Year, I got hepatitis. My whole body turned as yellow as urine. Probably something I ate, said the Mexican doc. For three weeks I couldn’t get out of bed, just subsisted in a nauseous and narcoleptic haze. Finally, 40 pounds lighter, I got the OK to go outside in March. Just in time for the maid to start ripping us off.

We hadn’t wanted a maid. We could clean our own kitchen. But gringos could pay for help —and besides she “came with the house.” OK, fine, but then $20 bills went missing from a stash of greenbacks I’d hidden in my closet. Maybe I just counted wrong? So I wrote down the balance, checked a week later and, sure enough, another $20 had been filched. I couldn’t prove anything. Couldn’t fire her. She came with the house. Instead, my wife and I started keeping all our cash on us. A great idea until our camera disappeared and half our photos were lost.

Of course, it’s bad form to complain about sabbatical. So many people can’t even find work these days, much less nab a job with paid leave. We have a swell thing going. Having gained tenure, our only real job pressures are self-imposed. To finish that book. To write those essays. To learn those new songs on the guitar. Sabbatical buys us the time to create and wonder. We all know that some of our best work blossoms when we’re freed from the tyranny of routine.

So we will go. Despite all the new germs and new stinging insects, despite the new fears of violence and the old but still plentiful doses of anti-Americanism, we’ll plunge into a foreign adventure. It might be dangerous and it might be exhausting. And it could be that the best part of sabbatical is right now, before we leave. In our dreams, sabbatical is grand.