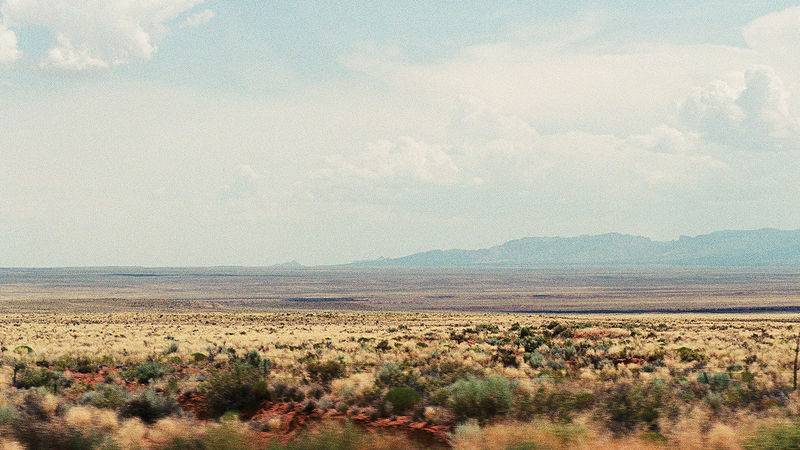 I was raised on cowboys and Indians, Kerouac and a library of sage oracles who said God lived in the mountains. So when I was 24, being done with any schooling and deserting my by-the-book past, I headed to parts unknown. I wanted to see and be in the West; my life lay before me: I-90 across South Dakota.

My little Ford Pinto was stocked for backpacking and youthful adventure; Cat Stevens sang “On the Road to Find Out.” There was no looking back.

In the summer of my 60th year, I drove again across the golden fields of rolling, sweeping South Dakota. I counted three dozen such drives I had made there over the years, heading either west or east, sometimes on the interstate, more often on the two lanes that swerve and dip and glide across the southern flank of the state. Yankton, Bonesteel, Okreek and Mission. Rosebud, Pine Ridge, Wanblee and Wounded Knee. I had not meant for this to happen, all these cross-country trips.

Some people, writes T.S. Eliot, measure out their lives in coffee spoons. Or trips home over the years. Reunions with friends. Rites of passage. Annual trips to the lake cottage marking the clan’s evolution through time. Milestones in the looking back.

When I was 60, driving from Indiana to Wyoming, I realized my life could be told in road-trip outline, with flashbacks prompting a recording, a recounting, a personal accounting, and evoking a montage of people and places I carry inside of me, ghosts who appear each time I cross the Fort Randall Dam or stop at the Dairy Queen in Winner or gas up in Murdo or Kadoka.

When I first crossed Lewis and Clark’s Missouri, where the landscape becomes the West, I was giddy in the glories of the open air, the vast sky, being sling-shot through space. And I joyed in a landscape I had seen only in movies — macho, gunslinger Westerns — and names familiar because of that and books like Black Elk Speaks and Bury My Heart at Wounded Knee.

But what also invigorated my soul was sailing on past Deadwood, Spearfish and Sundance, on past Devils Tower and Gillette, and seeing there in the distance, out on the horizon, a bluish wall of haze and undulation. I drove then flat out across the moonscape of eastern Wyoming until the mountains emerged, ascended, stood tall, as snow-capped peaks, big broad shoulders of stone and rock. The Bighorns. Valhalla to my young eyes.

My second trip west across South Dakota came later that summer when my Pinto held all my belongings. I had landed my first real job, at The Sheridan Press. The hand of God, I thought then, had lifted me from my Southern acculturation, my Louisiana home, and deposited me in the foothills of the Bighorn Mountains. I lived there for almost two years, till I was called away to do what I would do here for the next four decades.

But I kept coming back. And not just to Sheridan and the Bighorns, but to South Dakota, too. Backpacking in the Black Hills; a writers’ workshop in the Badlands; the time Don and I drove lickety-split eastward in a rental car after the plane we took out of Rapid City caught fire and we made an emergency landing there. Or the time I drove to meet my sister who’d flown out for some backpacking after our parents had died — more talking than walking, long conversations about our upbringing and the people our parents were. Back there also deep in the past was a nightmarish trip fueled by high-octane emotion. Painful memories, too, linger like smoldering embers; they ride along — unwanted but useful — throughout our days.

I made a few trips to Rosebud back then. I was looking for answers from those who knew where in the mountains God lived. And where, in the grassy plains, the thunderheads and stones used to make the sweat lodge hot. In ’88 I took a 9-year-old son along, hoping he would see for himself. That is the son I twice drove to Missoula, Montana, for him to go to college there — car rides made precious because we had so little time together in those days of separation.

When his younger brother was coming of age at 16, we went to the Bighorns to backpack and he, learner’s permit in his wallet, drove out and back most of the way, while disc-jockeying homemade music tapes to keep us entertained. Maybe five years later I called him on a Saturday morning and asked if he, just for the extemporaneous fun of it, wanted to drive out to Sheridan with me, where his older brother had just found his own job at The Sheridan Press. We left an hour later. There is nothing better than a road trip to induce a prolonged sitting side by side, to make memories and to occasion conversations unhurried in their admissions, maybe do some healing.

I made other trips west in my middle years — with friends, my wife, alone — and each time covered as much interior geography as longitudinal miles. The destination was often the Bighorns, hiking in the tracks I’d made when I was younger, my legs still blessedly strong but ligaments and joints less pliable, less cushioned. There are rocks in the Bighorns that are three and four billion years old. Wildflowers there in alpine meadows. Charging moose. And the Medicine Wheel — stones laid out in the pattern of a bicycle wheel, spokes aligned in a dozen directions — high in the Bighorns, predating written history, a cryptic monument to honor gods or chart celestial spheres or mark the passing of time. No one knows for sure, but human predilections all.

In this past summer of my 65th year, I drove a minivan and a family of five from Indiana to Wyoming. It was our second trip across South Dakota. The first — a quintessential Westward Ho! family vacation — had taken us as far as the Black Hills, with stops at 1880 Town, Custer State Park and Bear Country USA and plenty of time to clamber around the Badlands and hike Paha Sapa, the Black Hills, holy lands to those here first.

The kids are adolescent now, so it was time for a rite of initiation: to backpack in the Bighorns. We were up there pretty high one day and headed higher, on the trail to Florence Pass, a rocky cleft between two summits, waterfall, lake, a favorite spot. I had gone ahead. Then, having come to a windy headland, I turned and looked back down the green and stony valley. I could barely see my wife and trio of kids — a cluster of tiny, colorful dots far below, playing on a snowbank, maybe throwing rocks into a mountain lake. And I stayed and watched awhile, standing where I had at 24, a lifetime ago, before continuing on my way — but slower now and in no hurry.