Back in the 1980s, besides asking voters to “Win One for the Gipper,” Ronald Reagan often quoted a Russian proverb when he talked about slowing down the nuclear arms race and cooling off the Cold War. In translation, the Gipper-president’s three-word motto and mantra was “Trust, but verify.” 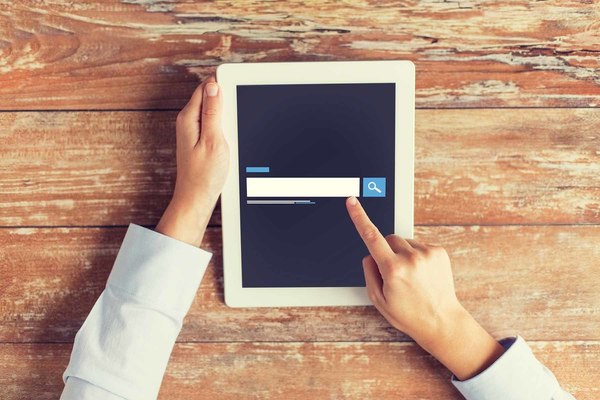 At one summit meeting with the president, Soviet General Secretary Mikhail Gorbachev turned to Reagan after he invoked the proverb, remarking, “You repeat that at every meeting.” Reagan replied with his sunny candor: “I like it.”

I like it, too, even outside the realm of international interaction and superpower disarmament. If we can adapt an ecclesiastical phrase in this instance, the maxim should become canon law in approaching any — yes, any — information on the internet.

During the past couple of years, you would think all the charges of “fake news,” credible or otherwise, would have made everyone with a computer, tablet or smartphone suspicious of whatever might be appearing on a screen with web access. Unfortunately, that’s not the case.

An academic study that appeared a few weeks ago came to this depressing conclusion: “The more we encounter fake news, the more likely we are to believe it.”

The delivery of misinformation extends beyond fabricated reports masquerading as real journalism. And here, for better or for worse, it’s time to get personal and to emphasize the importance of Reagan’s received Russian wisdom to “trust, but verify.”

If, in an idle moment, you’d happen to Google my name, the following thumbnail sketch would pop up on your screen in a Google-created box: “Robert Schmuhl is chairman of the Department of American Studies at the University of Notre Dame and author of Ireland’s Exiled Children: America and the Easter Rising and Thomas Jefferson: America’s Philosopher-King.”

Well — as the Gipper began so many sentences — I’m no longer “chairman” of the department (that servitude ended in 2015), and I’m not the author of the Jefferson book, just the editor of it. Two mistakes in one sentence.

Right below the box, which (I gratefully note) displays the covers of several of my books, there’s the word “Feedback.” Always the optimist, I’ve clicked on it a multitude of times in hopes of setting the record straight.

But, alas, no luck. The Google gods won’t accept my “feedback” and publish the necessary corrections.

To make matters worse, I Googled the name of the current chair of the department. What’s reported about him is so hopelessly out of date that it doesn’t include details about his last two faculty appointments — including his endowed chair at Notre Dame, which he received in 2013.

If a search engine with a reputation like Google’s points you in the wrong direction, what can the average person do to track down truthful information?

Why even request “feedback” if a response of rectification receives no attention?

During a court case that took place before the American Revolution, John Adams, a future president, remarked: “Facts are stubborn things; and whatever may be our wishes, our inclinations, or the dictates of our passions, they cannot alter the state of facts and evidence.”

In a conundrum, if not paradox, of our information age, facts often seem more stubborn to substantiate, largely because so many more potential sources are easily available. Ladies and gentlemen, start your search engines.

The best advice an aging academic can offer is to consult at least two credible outlets for any information that strikes you as questionable or misleading. Should any elements of whatever subject you’re pursuing seem in conflict or dispute, probing more deeply is the only alternative. In other words, keep digging.

Not long ago, in a final exam answer about how best to navigate one’s way in the new, often treacherous world of 24/7, multi-platform news, a student concluded that each of us today has to become something of an investigative journalist. The essay went on to say that it’s our responsibility as citizens to get to the bottom of subjects, whether relatively simple or devilishly complicated.

The student’s imaginative metaphor — each of us seeking the truth with diligence — was her way of articulating what Ronald Reagan considered vital in another realm.

Verification of information is the key to understanding what the columnist and author Walter Lippmann called “the world outside and the pictures in our heads.” Otherwise we run the risk of making judgments and forming opinions on the quicksand of untrustworthy, even erroneous, facts.

Robert Schmuhl is the Walter H. Annenberg-Edmund P. Joyce Professor of American Studies and Journalism at Notre Dame, where he’s taught since 1980. He’s the author, most recently, of Fifty Years with Father Hesburgh: On and Off the Record (Notre Dame Press).