Having spent most of my life in small Danish towns, I’ve only once experienced someone actually wanting to do me harm — and that was in a bar during my teenage years when I made a ‘Your Mama’ joke aimed at someone whose mama was a sore topic. He forgave me, fortunately.

Now, however, I live in a country and a town where crime is a regular feature of the news. My wife and I had only lived in our home a few weeks before a police officer knocked on our door to ask if we had heard gunshots. That was a first for me, but I shouldn’t be surprised. There seem to be so many more police officers here than what I am used to. 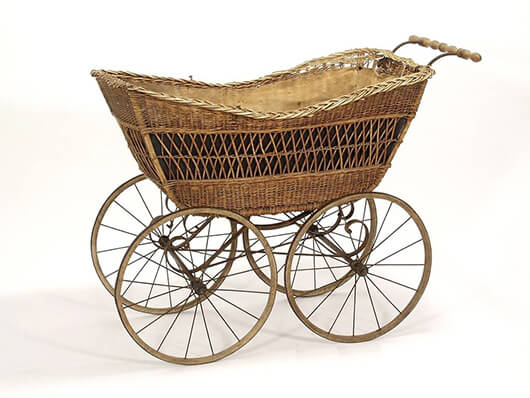 A study has found that 78 percent of my countrymen generally trust those around them. In America the figure is 36 percent. I’d say the Danes are better off. Trust is good. Distrust, while smart at times, is a bummer. Trust breeds trust, distrust breeds distrust, a spiral that is difficult to reverse.

Trusting too much can make us do less-than-clever things. I recently told a stranger who wanted to rent our guest bedroom for a night that we couldn’t help because we were out of town and wouldn’t be able to change the sheets before his arrival. I didn’t think there would be any danger in telling him that — and nothing happened. Still, it might be better not to tell people when we are away, just in case.

One often-cited example of how much we Danes trust each other is how parents in Denmark will leave their babies in strollers outside restaurants and cafés. When a Danish woman visited New York in 1997 she didn’t think twice about doing so. The police took her baby and arrested her and the child’s father. “Absurd,” we thought back home. You, however, might think these people needed to take their parental responsibilities more seriously.

I don’t think the reason for all of this distrust is that Americans are somehow more genetically susceptible to it. You have your reasons. The United States is only the 103rd safest country in the world according to the Global Peace Index, which measures 23 factors such as violent crime, incarceration and deaths from internal conflict. Denmark ranks second. When you don’t feel safe you are less likely to trust others, and when you don’t trust others you are more likely to shoot first and ask questions later, which has led to many tragic deaths. Think of Trayvon Martin, Michael Brown and ambushed police officers.

It may be impossible to change this American mindset, but I am not going to change mine. I’m going to trust you, even if I don’t know you (and even if saying so may encourage more e-mails from cash-strapped Nigerian princes). Of course, in my hopes of being a somewhat mature and responsible husband, I will keep my wife in mind and do my best to keep her out of danger. Someday, when we become parents, I may even think that what I’m writing now is ridiculous.

Apparently I may have to worry about what other parents would think of me as well. Recently a Danish man who used to live stateside wrote a column for a Danish newspaper in which he described the horror on the faces of American parents at a birthday party when they discovered he had left his child alone with all these strangers. This would have been a completely normal thing to do where I am from. So normal that I think we would be the ones confused if a helicopter parent decided to stay for a child’s birthday party. Do you see a landing pad? No? Then thocka-thock along.

Call me naïve if you like. That might be fair, as it’s not as if trusting strangers has always gone well for me. A year ago I gave a housepainter a substantial amount of money ahead of time to make my apartment shine. When I asked him if we could cancel the deal before he started the job, he agreed, but I still haven’t gotten my money back (and yes, I’ve sued — how terribly American of me).

But where I’m from, and probably where you’re from too, we believe that trust builds trustworthiness. A good way to make a child honest and hardworking is to give her responsibility and to trust that she’ll carry it out without your constant supervision.

You might argue that America won’t learn new tricks. Maybe. Nevertheless, I challenge you, the American people, to trust each other, to pay your housepainter ahead of time, to not hold your bag tighter when a person of color walks by, and to open your door at night without a gun in your hand. Who knows, but you may even end up one day leaving your baby to sleep in the sunshine outside a restaurant.