What happens when an NFL franchise experiments with slashing prices on stadium food?

In the age of Venmo, the smartphone payment app, why does it still take so long — several business days — to run a standard bank transfer? 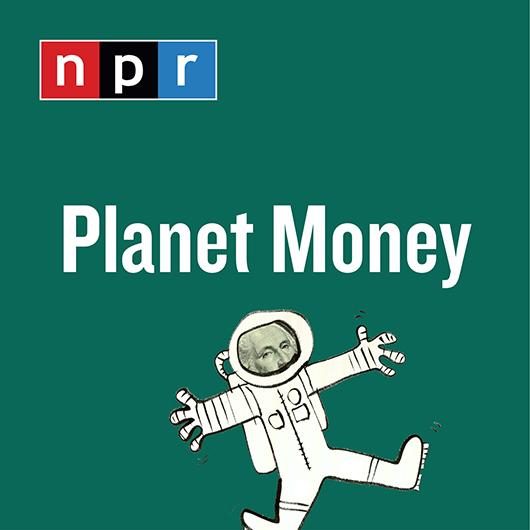 How are artists like Taylor Swift and Kid Rock fighting scalpers who gobble up tickets and threaten to price their fans out of their shows?

Years ago, I thought economics was boring. It turns out I wasn’t asking the right questions.

That’s what I love so much about NPR’s Planet Money, one of my favorite podcasts. The show, which launched in the wake of the 2008 financial crisis, is now a decade old, but I’ve only been listening regularly for the last few years. In that time, I’ve gained an appreciation for how the economy works, and how it affects us.

Here’s how the show’s creators describe it. “Imagine you could call up a friend and say, ‘Meet me at the bar and tell me what’s going on with the economy.’ Now imagine that’s actually a fun evening. That’s what we’re going for at Planet Money.”

And the show nails it. Its enthusiastic producers, accessible storytelling and tone of boundless curiosity almost always make for an interesting listen — and that’s no small feat. Right now I’m subscribed to about 15 podcasts. My listening habit has grown over the years, but it feels a bit like the old days of cable TV. I scroll through the podcast app on my phone and bypass most of the latest episodes. Often I don’t find much that looks interesting. I rarely feel that way with Planet Money, though. Usually an episode description is enough to make me play it, and once that happens, I’m all in.

This is how I learned the Atlanta Falcons have experimented with drastically cutting prices for stadium food — a risky decision. After all, vendors have a monopoly on fans; the Falcons, like other teams, get a cut of all sales and stood to lose several million dollars a year.

Why mess with success? The results are in: Fans are arriving earlier at Mercedes-Benz Stadium and spending more. Concession sales are up more than 50 percent, and other teams are now looking to copy the Falcons’ playbook.

In another episode, I gained a front-row seat to the ticket-scalping business, and how artists like Kid Rock are trying a variety of evolving tactics to prevent scalpers — and their algorithmic bots — from buying up the good seats. Over the years the controversial pop star has tried flooding the market with tickets by playing more shows, introducing “platinum pricing” for choice seats, and offering lotteries for $20 seats. Things change quickly, so there’s no one trick to staying ahead of the profiteers, but his overall approach seems to be working. His shows sell plenty of tickets, and cheap seats are still available.

Now, football and rock concerts are fine, but what about banking? How can that be interesting? Well, it can, if you, like the Planet Money team, are curious about why banks still take so long to process standard money transfers. The 1970s-era Automated Clearing House (the network that powers standard transfers) was a huge leap forward for its time, but it hasn’t evolved much. Soon a new rule will enable same-day standard money transfers — a long-overdue win for consumers.

Tariffs, taxes, red tape, billionaires, debt, drought and flooding have all generated fascinating episodes, and, because the economy touches pretty much everything, you can expect to go beyond the headlines anytime you listen to the show. Planet Money often tells stories you’d never encounter elsewhere. It might explain why so much high-priced art is vanishing into warehouses; how a small group of dissatisfied farmers transformed China’s economy; why a pack of Peanut M&M’s weighs less than a pack of its plain milk chocolate counterparts.

I’d share the answers here, but that would spoil the fun. Your best bet is to try it yourself.