It has been more than 60 years since the books came out, and about 15 years have passed since Peter Jackson made his movies. Yet, for The Lord of the Rings, the road goes ever on and on. The Middle-earth story has been made into a board game, video games and beautiful music.

I am not talking of Howard Shore’s fantastic movie soundtrack, which won him three Oscars. New Zealand comedy-folk duo Flight of the Conchords’ song featuring the line “what you doin’ wearing the ring? All-powerful jewelry, is that your new thing?” is not at the top of my mind either. Instead, what I have been listening to when in need of a Frodo-fix is The Tolkien Ensemble. 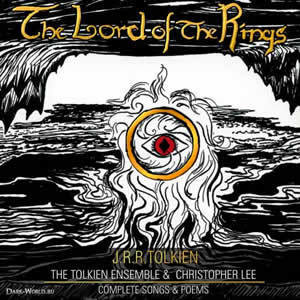 As a teenager, I was amazed by The Lord of the Rings and appreciated the way Tolkien had many of the characters (not to forget the eagles) sing songs of joy, worry and Middle-earth history. While reading, I would try to make a little melody in my head, but, alas, I am not God’s gift to music. One day a teacher of mine, who knew of my love for all things Tolkien, brought with her the music for every single one of these poems in a beautiful collection box illustrated by Queen Margrethe II of Denmark, whose work can also be found in some versions of the novels.

The Tolkien Ensemble was started by classical guitarists Caspar Reiff and Peter Hall, and one of their challenges was making each song fit the character who sings it: the elven song to Elbereth Gilthoniel can’t very well sound the same as “There is an inn, a merry old inn.” To conquer this problem, the two decided to do as the original fellowship did and divide the tasks. Reiff wrote the music for the more classical pieces, while Hall, an expert in British folk-music, took the lead on most of the hobbits’ songs.

But two guitarists isn’t enough to cover that Middle-earth musical variety. Over the years the ensemble added scores of other instruments, including violin, accordion and flute, though big orchestras have joined them for the songs that require a mightier sound.

The most important instrument for the performance of Tolkien’s songs, however, is the voice. And the Tolkien Ensemble uses many. For instance, Gandalf, Legolas and Gollum each have their own vocalists. The ensemble has accepted that all music doesn’t have to be beautiful, and Gollum’s songs certainly are not, but the man behind his voice is perfectly suited for his role, as is the voice of Legolas. The contrast is enormous.

In the search for a narrator for those lines that Tolkien did not express as music, such as the Verse of the Rings or the Riddle of Strider, Reiff and Hall stumbled over the right man in a coincidence similar to when Bilbo found Gollum’s ring under the mountain. At the Copenhagen premiere of Jackson’s The Fellowship of the Ring, the Tolkien Ensemble was asked to perform their music for the invited guests, one of whom was Christopher Lee, who played Saruman on the big screen. When asked if he would narrate, Lee not only said yes but told Reiff that he sings, too, which is how the ensemble found the voice of Treebeard, Saruman’s bane — a chance for Lee to change roles.

Lee has a deep and powerful voice, and his interpretation of the Ent is a highlight for me, whether it’s during lighthearted songs such as “The Long List of the Ents,” where he teaches Merry and Pippin about the living creatures (he tries to prove that they cannot be hobbits, since hobbits are not on the list, yet he changes his mind and adds a few lines about “the laughing-folk, the little people”), or the furious march on Isengard, “Here we come with a boom, here we come at last!”

Listening to the ensemble while walking in the forest sends me straight into that universe (which can be scary if you find yourself where the trees don’t let the sunlight through). The next time Tolkien’s masterpiece finds its way into my hands, I will put on this music when I get to a song. Then I won’t have to make up the music in my head, although by now I actually know the ensemble’s music by heart. For almost a decade I have kept it within reach, often noticing something new, a hidden path I had passed by before. Now, let others follow it who can.