For many years, a group of my Notre Dame friends has had a group text. It allows us to quip about our daily lives, plan ahead for visits, football games and weddings, and stay in touch even when life is busy. At some point, it devolved into a rolling request for book suggestions.

Some of us work nights in hospitals, others work days in offices, still others are traveling the world. What we read varies widely. What we like differs even more. So, as modern women do, we started a Google Doc complete with titles, authors, ratings, summaries and suggestions. The list includes novels and nonfiction, mysteries and memoirs, all carefully cultivated by women who know one another best, like a micro Goodreads. 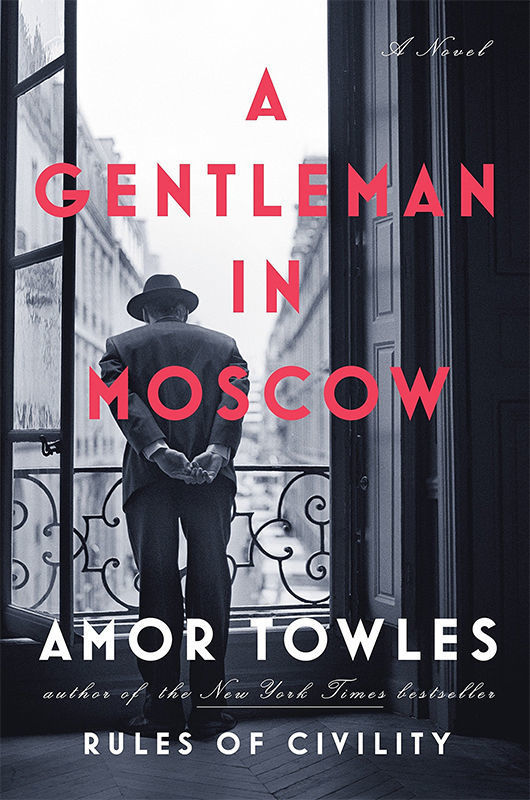 A few books stand out as unanimously loved. One of these is A Gentleman in Moscow by Amor Towles.

The 2016 novel by the author of the popular Rules of Civility follows Count Alexander Ilyich Rostov, an aristocrat placed under house arrest in the wake of the Russian Revolution. But “house arrest” is a misleading term — as the old order collapses around him, Rostov lives in the Hotel Metropol, a luxurious building in the heart of Moscow, so it is there he is destined to remain. Stripped of his world of class status and convenience, he is forced to recreate the rich life of a gentleman while confined within the hotel.

Rostov is charming both because of and in spite of his aristocratic upbringing. He’s sophisticated without being arrogant, excessive yet modest. In the novel’s opening pages, Rostov is on trial and is asked his profession. He responds, “It is not the business of gentlemen to have occupations.” Instead he notes that he spends his time, “Dining, discussing. Reading, reflecting. The usual rigmarole.” Towles’ third-person narrator conveys a similar tone of elegance and wit, which seems almost an extension of the count himself.

In a book about a captive Russian nobleman, you might imagine tales of escape, plotlines of political revenge, and an emotional story filled with anger and resentment. But A Gentleman in Moscow is a subdued and meandering tale. The hotel, its quirky characters and Rostov himself slowly and delightfully reveal themselves to the reader over the course of several decades throughout the book’s nearly 500 pages.

In a word, Towles’ novel is stylish. The prose is graceful, the characters are appealing, and the setting and activities are bourgeois despite the misery outside the hotel lobby. Reality only occasionally seeps through. Even so, Rostov manages to place a gentleman’s spin upon the dreary.

In one such scene, authorities have required the hotel’s restaurant — a remnant of courtly Russia — to peel the labels off its collection of 10,000 wine bottles because the wine list is “counter to the ideals of the revolution.” Instead, guests will be offered red or white, poured from any bottle at random. The count, a connoisseur, is horrified not just by this ignorance of the importance and value of wine, but by what it means for his role in society.

“The Count now understood his place in the passage of time. . . . For years now, with a bit of a smile, the Count had remarked that this or that was behind him — like his days of poetry or travel or romance. But in so doing, he had never really believed it. In his heart of hearts, he had imagined that, even if unattended to, these aspects of his life were lingering somewhere on the periphery, waiting to be recalled. But looking at the bottle in his hand, the Count was struck by the realization that, in fact, it was all behind him. Because the Bolsheviks, who were so intent upon recasting the future from a mold of their own making, would not rest until every last vestige of his Russia had been uprooted, shattered, or erased.”

In his moment of melancholy, Rostov turns back to the wine, looks for a moment, then pulls out a bottle — sans label, but with an insignia embossed into the glass. A bottle of Châteauneuf-du-Pape — a fine and costly wine, but one which, according to the new rules, will cost him the same as an ordinary bottle. A toast to the ways of old Russia, perhaps.

As he navigates this new Russia, Count Rostov takes Towles’ readers along with him. Through detailed explanations, profound musings and sentimental memories, we come to adore him, while the language, prose and poetry of the novel has us relishing every page.

Tara Hunt McMullen, a former associate editor of this magazine, is a freelance writer in North Carolina.