David Sedaris knows that to everything there is a season. A time to buy a hat that looks like a toilet brush, a time to binge-watch reality TV, a time to tell vulgar jokes, a time to feed a tumor to a turtle.

Clearly the renowned humorist, whose previous compilations of essays and short stories include Squirrel Seeks Chipmunk: A Modest Bestiary, Dress Your Family in Corduroy and Denim and Me Talk Pretty One Day, has not forsaken funny. Throughout Calypso, though, his times of absurd, wry and keen social critique often give way to the season of loss. The mother who died at 62, the age Sedaris is fast approaching. The sister who committed suicide. The frail 91-year-old father, whose “disapproval is consistently swift and hard.” 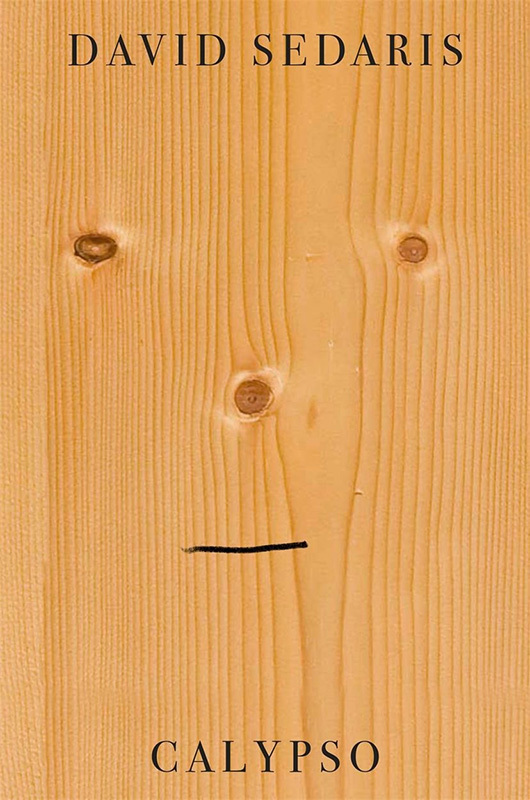 Or, as he writes, “Though there’s an industry built on telling you otherwise, there are few real joys to middle age.”

In the 21 stories in Calypso, the author’s season of loss can pop up when you least expect it. Sedaris will be skipping merrily along, entertaining us with a story about throwing chicken gizzards off a footbridge to feed his favorite snapping turtles, and suddenly we’re by his side as his family scatters their mother’s ashes.

Or he’ll be cracking wise about his brother’s liquid diet, which appears to consist of “a tennis ball mixed with beets and four-leaf clovers,” and then meander his way to a family dinner with his too-skinny father — and the fact that memories of anger and sorrow seem to live longer than memories of happy times.

To me, Calypso is at its best when it is at its darkest. There’s a biting and heartrending truth to Sedaris’ discussion of his mother’s alcoholism and to his cool rejection of his mentally unstable sister that no snarky jokes can redeem.

And yet, the storyteller knows well how to keep us dancing to his syncopated beat, to lighten the dirge of loss with the festivity of fun.

My favorite bit of humor comes in his awesome “Your English Is So Good.” As Sedaris notes, “Pretty much everything that isn’t terrible is awesome in America now.” He’s particularly upset about the “trite and tiresome” words and lines he hears daily, the lack of true contact that marks most dealings with people who are not friends or family. To counteract this impersonal buzz with waiters or salespeople or hotel clerks, which he captures perfectly, he’ll occasionally throw in an odd question, such as “Has your house ever been burgled?” He’s not looking for a long conversation, he writes, “just some human interaction.”

The other made-me-smile story, “Stepping Out,” details the author’s relationship with his Fitbit. The fancy pedometer rewards adherents for steps taken, and the obsessive essayist soon allows it to take over his life. But his is David Sedaris, so nothing is ever about one thing. He combines his step-taking with picking up trash as he walks, which in just a few paragraphs leads to comments on diet, kidney stones, sex and dead squirrels. That’s his gift to readers, surprising us with clever takes on seemingly mundane enterprises.

Turtles. Culottes. Suicide. Fitbits. Food. Travel. Alcoholism. Beaches. Gay marriage. Junk mail. Foxes. Family. Throw it all in the Sedaris blender and what you get is . . . awesome.

Carol Schaal retired as managing editor of this magazine in autumn 2017. She has since turned her attention to fiction and is editing her debut mystery novel.