I’ve always been drawn to “three star” art, the sort of books, movies and television that longs for and even approaches perfection but has just enough flaws to hold it back. The Gatsbys and the Godfathers of the world are great, but sometimes it’s more interesting to consider the ones that don’t reach those heights, like a stained glass window where the pieces don’t quite line up.

I think that’s why I’ve increasingly spent time with aspirational genre fiction, the spy novel or murder mystery that is far better than its neighboring peers on nearby bookshelves but will never be confused with Faulkner. And if you throw a story about Ireland into the mix, well, I’ll be ready to plop down some money for the trip. 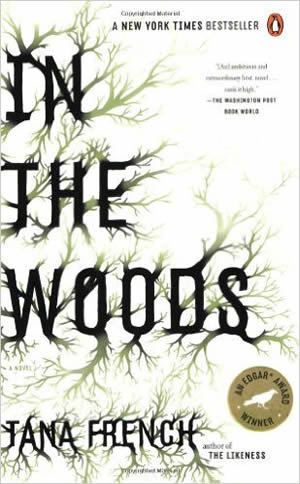 That’s how I came recently to reading In the Woods by Tana French, an Irish writer and actress who has penned a whole series of novels about the “Dublin Murder Squad.” It was a 2007 hit, the first in the series that I somehow missed until I came across an article several weeks ago about a later entry in the series.

The central mystery of In the Woods is the murder of a young girl, a promising ballerina student found dead among the ruins of an archaeological dig on the outskirts of Dublin. In short order, we are introduced to a number of potential suspects, including the girl’s own gothic family of a benumbed twin, a silent mother, a manic father and an older sister trying very hard to appear more mature than her years.

Layered on top of this is a mystery from a detective’s past that took place in the same place. As a child, Detective Rob Ryan had gone into those woods with his friends and was discovered hours later covered in blood, his mates missing and never to be found. Why can’t he remember what happened? Where did his friends go? Is this the work of the same killer?

Although French’s plot hits familiar beats, her sense of place and thematic construction is wonderful. The crime occurs in a struggling suburb of Dublin, dredging up a country’s complicated history with real estate and economic growth, and what’s destroyed when the present becomes more important than the past. The girl’s father is a leader in a local movement to stop the construction of a highway that will run right through the ancient ruins where the body was found. Maybe, the government thinks, they can leave a tower standing on one of the traffic islands.

There are some tin-eared moments. My own personal literary bugbear is references to current pop culture celebrities (as if time might not render them moronic), and a joke revolving around Britney Spears and Justin Timberlake bugged me for a few dozen pages. But amid those mistakes are wonderful bits of writing, starting from the second sentence of the book, where French describes Ireland’s seasons as “watercolor nuances within a pinch-sized range of cloud and soft rain.”

And that’s the reason to read these sorts of books — discovering the moment when the imperfect artist makes a perfect stroke.

Liam Farrell is a writer who lives in Maryland and occasionally tries to come up with his own twisty plots.