Last August, in the final weeks of my job at New Hampshire Magazine, I was given a unique task: Spend a weekend alone in the White Mountains, glamping. I didn’t know what to expect from my excursion, but as a decidedly indoorsy person, I hoped it’d be more glam than camp, and packed accordingly: a new swimsuit, nail polish, a cooler full of hard cider, and a new book, Aziz Ansari’s Modern Romance.

Up at the campsite, it ended up raining for much of my visit. I started Ansari’s book, but I quickly discovered that Tinder was working in my tent and the cute lifeguard from the campground beach had liked my profile. Bye, Modern Romance the book; hello, modern romance the act — sitting in an electricity-equipped tent exchanging texts with a guy sitting a few hundred yards outside my door. 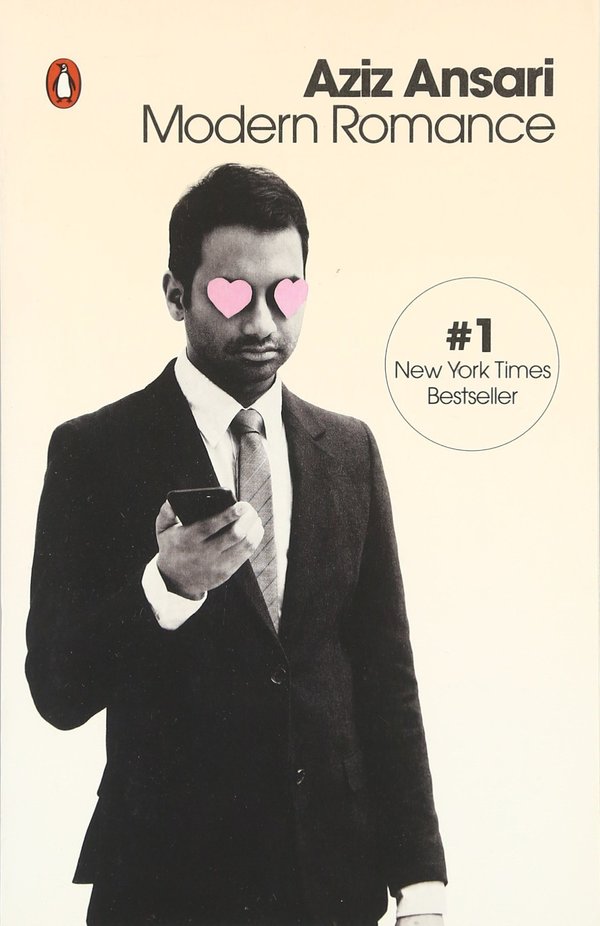 Fast-forward five months, and Ansari was in the news on this very topic — though not for his witty anthropological insights. In an “as told to”-style piece on the website Babe.net, an anonymous young woman had accused the actor of sexual assault.

I hadn’t returned to the book after my glamping weekend, but, in light of the allegations, I felt I should revisit it. Critics (and the public) were torn on the Babe story and the encounter described in it. Was Ansari a predator? Was the night in question just a case of miscommunication or, as some said, bad sex? The truth seemed murky, and I wondered what a guy mired in such a mess could possibly have said in a bestselling book on romance.

I picked the book back up in the spirit of a gawker at a car crash, but, to my surprise, I mostly enjoyed it. Unusually for a book by a comedian, Modern Romance is anchored in extensive sociological research, undertaken with the help of New York University professor Eric Klinenberg. As critics said when it was first released, the book does pretty deftly blend Ansari’s wit with Klinenberg’s science. In exploring the ways that the straightforward courtships of my grandparents’ age morphed into the digital-driven relationships of millennials, it occasionally reads like a particularly interesting textbook.

But, in this new “Time’s Up” era, some elements of the 2016 New York Times bestseller haven’t aged well.

To open a chapter on “Settling Down,” Ansari declares, “I’ve never been a ‘relationship guy.’” This line would have earned a groan from me and most 20-something women I know long before the Babe story — what’s so scary about relationships? — but, in light of the allegations, it earned a cringe. Trust us, Aziz, we all know you don’t do relationships.

Ansari predicts in the book that the text would probably become dated quickly, whether due to a new dating app or some other as-yet-unknown technology that changes the dating game. Less than three years out, the book does seem out-of-touch to me in one big way, but it’s not technological. Ansari explains (well!) many of the problems of contemporary dating culture, from the perils of endless choice to the dwindling conversation skills borne of relationships formed by text message. He even occasionally touches on problems that disproportionately affect women — the harassment women are subjected to in machismo-driven dating cultures, the trend of nude photos coming back to haunt female subjects more often than male.

But the list of problems — and even dangers — that women face in dating and men doesn’t stop there. Do men carry pepper spray on their first dates and ask their friends to check in throughout the night to make sure things are okay? In a culture where sex is a first- or second-date achievement unlocked by a woman saying yes, what happens — in cases like the one described in Babe — when a woman says “slow down” or “no”?

Despite my expectations, I liked Modern Romance. But in our moment of national reckoning around gender and power, I’d be interested to see a book on this topic that centers on the experience of women. I doubt Ansari and Klinenberg will revisit this field any time soon. Kristen Wiig and Rebecca Traister, you up to anything?

I’m still unsure what I think of the allegations against Ansari. But I know he’s done his homework on sex and dating, and I trust he’ll use this moment to consider carefully how those topics play into his own life.

While he does, I’ll be going on Tinder dates, (with any luck) texting more lifeguards, and waiting on new books to help me decode the wild world of modern romance.