The wise know there are many paths to God. Ken Garcia’s wildly circuitous route stands as lusty evidence that the Deity is abidingly patient and forgiving. Pilgrim River is not just a spiritual memoir, as the title claims, but an autobiographical narrative that says as much about God’s devotion to the earth’s lost sheep as about the author’s hunt for the divine in a profane yet mysteriously sacred world. In fact, the God of Garcia’s telling is more dance partner than passive destination.

Today Ken Garcia is the associate director of Notre Dame’s Institute for Scholarship in the Liberal Arts. He holds a doctorate in theology from here. His book, Academic Freedom and the Telos of the Catholic University, won best book award in 2013 from the College Theology Society. He has written several thoughtful, eloquent and appealingly human essays for this magazine. 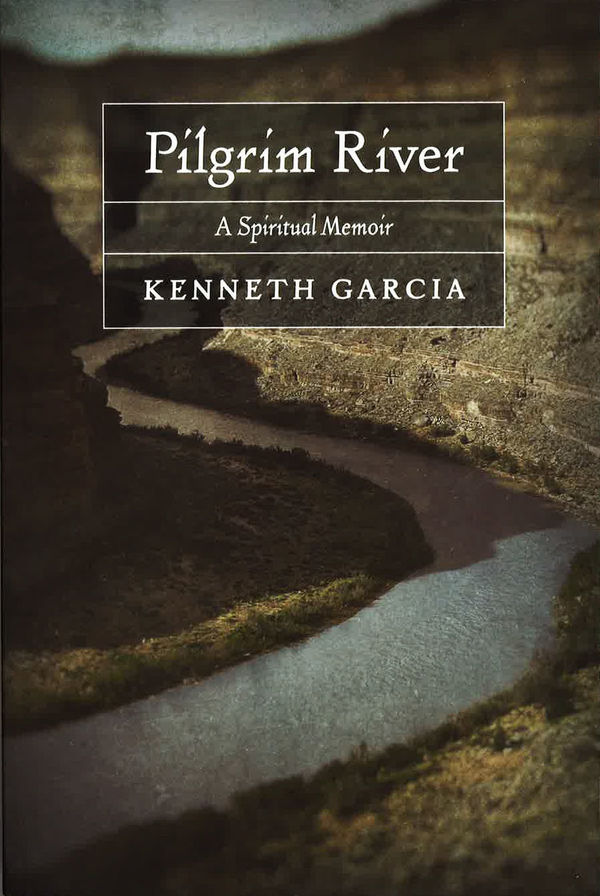 But he didn’t follow the proper directions to get here. He didn’t even take the road less traveled. He came by way of the wilderness.

He “grew up wild and uncultivated in the deserts and hills of Nevada’s Great Basin Desert, a world of wide-open spaces, vast horizons, and cattle ranches; of gold mines, gambling casinos, and whorehouses,” he writes in the book’s prologue. “I wandered through them all without moral or spiritual compass.”

His parents play virtually no role in the telling of his life’s story. (“Their union was loveless and violent.”) He came of age with a band of loose and rowdy friends with whom he roughhoused and hunted, got drunk and found easy carnal pleasures. He graduated from high school, did grunt work for a geology outfit, roamed the countryside, made a lame attempt at college and got his eye shot blind.

But his time in the desert, in the expansive Nevada landscape, gave the aloof and introverted youth his first whisper of a spiritual presence hiding in the gnarly terrain. It became a refrain.

Insurance money from the accidental injury bankrolled a trip to Mexico, to Álamos in Sonora, where he found lodging with an expatriate named Hal and his wife, a full-blooded Yaqui Indian who’d been a prostitute and had three young children by different men. His time in Mexico, he writes, had a deep effect on him. It wasn’t just the ancestral culture. “It was the first place where I had felt at home with others, truly myself,” he recalls. He would live there for various periods of time over the next eight years.

During this period, Garcia lived the pilgrim’s life — going it alone, venturing into the Nevada wilderness, feasting on literature, philosophy, theology, the canon of Western culture. “I bought a copy of the Encyclopedia Britannica and the Harvard Classics,” he writes. “I read wantonly, without plan. Who needs college?”

But it was his relationship with the natural world that had the most profound impact on his life. Extended backpacking trips into Nevada’s Jarbidge mountain range nurtured his pursuit of the divine, and his travels there — physical, intellectual and spiritual — occasioned his encounters with a power he called God. His attempts to understand, capture and explain those experiences provide some of the book’s most poignant passages, and perhaps its finest writing:

“In the hills and valleys of northern Nevada a dry and solitary wind blows like a spirit unseen, and the voice it carries is seldom heard unless spoken in the thunder and the whirlwind, or discovered in the margins of the world and the quiet, hollow places seldom inhabited.”

And later: “On clear nights, I lay in my sleeping bag, entranced by the stars. . . . The vast expanse of stars appeared to be within reach. The Milky Way floated across the sky like a stream. Something deep opened within me, allowing what I thought of as some ancient and mysterious force to seep into the crevices of my mind. I spoke, to whatever that force might be: how wondrous you are.”

Other such encounters — wading shirtless into a stream, hooking a trout, squeezing the very living dirt — offer detailed interactions with the landscape. Garcia explores deeply, too, the writings of others, especially Teilhard de Chardin, in trying to grasp the unfathomable universe and its evolving power.

But his journey doesn’t end in such heights. The reader goes along on his eventual academic pursuits, his embrace of Catholicism as his religious home and an unsparingly honest discussion of wives, marriage and parenthood, and the painful duel between love and reality. Despite his revelations in the natural world and his examinations of the boundary between spirit and matter, and what that means for the human race, Garcia is an authentic witness to the hard fists of life.

Pilgrim River is a rare memoir in its humility and candor. Garcia does not play hero or sage visionary or poet. The stories of his profligate youth are not played for self-aggrandizement. In fact, the telling, the autobiography, the spiritual remembrance comes across as being as much about God’s ways as about Garcia’s. It is about a God who somehow spoke to this wayward guy in the Nevada desert and followed him to Sonora, and who dropped clues along the way for him to follow, and left signs in the sky and land, with truths conveyed through the writings of others, and through loved ones, and in things said by strangers, just in passing, that became holy moments, those isolated happenings that in hindsight seem significant, until the guy says, fingers crossed, “God and I are like this.” And he, too, wonders why.

Throughout the narrative is a sense of God as “the hound of heaven,” that allusion to the Francis Thompson poem that speaks of God in pursuit of the strays, the near lost. And there is Ken Garcia among them, tapped by that power wanting to bring the human home to itself, suggesting it could happen to anyone.