Sometimes a book is a lot more than a book. 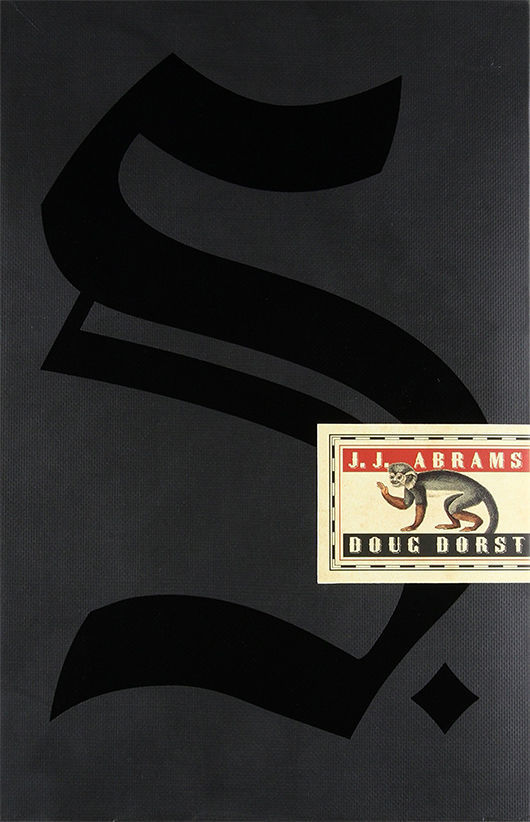 These books are called “ergodic literature,” a term coined by the Norwegian academic Espen J. Aarseth to encompass books that require a “non-trivial effort” by readers to understand the text by becoming active participants in the telling of the story. The genre includes Mark Z. Danielewski’s House of Leaves (2000), Jonathan Safron Foer’s Extremely Loud and Incredibly Close (2005) and Marisha Pessl’s Night Film (2013). In Aarseth’s theory, the medium through which a story is told is as important as the story itself. Such a book might include inserts or require readers to hunt for clues among pictures or to rotate the spine to keep reading. Ergodic works don’t spoon-feed readers the way typical books do.

One of the best contemporary examples is S. (2013) by film director J.J. Abrams and novelist Doug Dorst. (Abrams conceived the story, and Dorst wrote it.) S. is almost two books in one — a novel entitled Ship of Theseus by a reclusive, mysterious author named V.M. Straka, whom no one actually knew; and the margin notes written by Eric, a disgruntled former graduate student, and Jen, a precocious undergrad. Tucked throughout the book are postcards, photographs, newspaper clippings — even a map drawn on a napkin.

S. presents several layers to unpack, so let’s start with Ship of Theseus, the 19th and final novel V.M. Straka penned before he or she stopped publishing. The novel-within-the-novel follows an unnamed man who experiences a long amnesiac episode while aboard a ship that eventually docks. The tale involves quite a bit of extended allegory referencing organized crime and labor unions in Spain, and reading it feels like slipping into a dream. One layer out, Eric stole the physical copy of Ship of Theseus in readers’ hands from the Laguna Verde High School library long ago. It comes complete with library sticker and check-out pocket inside the cover.

The marginalia are the lens through which Ship of Theseus is colored. Eric is a Straka scholar who’s frequenting the college library where Jen, a senior with no real-life plans, works. They begin trading notes in the book and soon enclose other materials. The suspense, thrill, spook and charm that follow make for an exceptional story, one which I savored like a fine bottle of bourbon over a month of nightly readings.

The two stories blend together seamlessly, playing off each other for hundreds of pages. I found I was drawn to the interactions between Eric and Jen as their own full-bodied tale takes shape through the half-sentences they scribble between words.

How to read a book like this? I read everything as I went — first the text of Ship of Theseus, page by page, then the marginalia, then any inserts between the pages. Other readers have said online that they read Theseus in its entirety, then started over with the marginalia and the inserts. That would’ve been impossible for me. The inserts are intriguing, and I had trouble waiting until the end of each page — let alone the entire book — to read them. Kudos to Mulholland Books for not skimping on production. S. could’ve been hamstrung by poor design, but everything from Eric and Jen’s handwriting to the napkin map is realistic, immersing readers even deeper into the story.

S. takes time to read and more effort than the usual bedtime perusal. It demands a chair and a table. Some readers keep a notebook or spend time on fan message boards, debating hidden meanings long into the night. I didn’t argue with strangers on the internet, but I did read some of their theories long after I turned the last page.

No matter how you approach S., I recommend you read efficiently. The novel unfurls a large cast of characters, and if you pause too long between readings, you’re likely to get confused. Starting over, I would read it a touch quicker than I did; I had to retrace my steps to figure out names more than I’d have liked, but it was worth the effort. If I’ve learned anything as a frequent consumer of Abrams’ tales in all media, he’s not kind to his characters, though he creates people you can care about deeply. You have been warned.

Amanda Gray is digital editor at Notre Dame Law School and is pursuing her master’s degree in library science at Indiana University. She previously wrote for the South Bend Tribune. Find her on Twitter @TheAmandaGray.