Sometimes it’s our turn to shut up and listen.

That is why I recommend reading Seize the Time, a history of the Black Panther Party written by Bobby Seale in 1970. 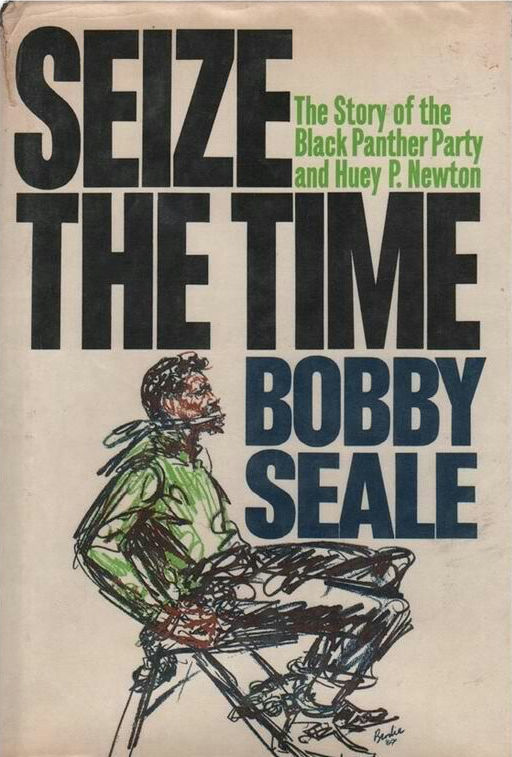 I picked up my copy at a used book store while pondering the status of race relations in the United States. I’ve seen historians tackle the issue, but it usually seems like whitesplaining. Seale is a genuine on-the-scene source of perspective.

In some ways, Seize the Time is a companion piece to the works of Malcolm X and the Rev. Martin Luther King Jr. Both of those writers tackled the same issues in the same time frame and came up with different viewpoints on how racial intolerance rots our culture.

One difference is that Malcolm X’s autobiography and Dr. King’s letters and speeches have been accepted into the American mainstream. A half-century after these black prophets were assassinated, white folks often get teary-eyed when they quote the 1960s versions of the civil rights psalms and beatitudes.

Seale’s prose isn’t nearly as memorable or quotable. His language is crude and his vision isn’t so transcendent. Where King’s words roll forth from the pulpit and biblical passages, Seale is simply a man of the jails and the streets.

The quick bio for Seale is that he grew up poor in Berkeley, California. Angry and undereducated, he was working odd jobs and as a drummer and comedian when he met Huey Newton at a rally in Oakland protesting the American blockade of Cuba.

Newton and Seale linked up ideologically in their view that there was no use in waiting for sit-ins, speeches and marches to convert a white political structure that for 350 years supported the enslavement, oppression and lynching of people of color.

Anger should be channeled, not suppressed.

The organization they formed, the Black Panther Party, served their impoverished community in Oakland in many ways, providing food, shelter and jobs. Ultimately, too, the party provided residents with weapons training.

Newton, who was murdered by a street punk in 1989, was ahead of his time in parsing the Second Amendment to fit his needs. Seale explains it here in an expurgated version: “You don’t fight fire with fire. You fight fire with water. The thing is to define what the f--- is the water. We say that the people have a right to pick up guns. All the people — the hippies, the yippies, the whites, the blacks, the Vietnamese — they have a right to pick up guns to defend themselves against the fire of aggression.”

Seale saw evidence of this during a May 1967 storming of the California State Assembly building in Sacramento. As many as 30 black men and women, armed with a range of loaded weapons, rolled into the legislature where a hearing was to take place on limiting access to guns. For the Panthers, this was a move to disarm black folks, leaving them vulnerable to more beatdowns and shakedowns from white cops.

The power of the pistol was clear to Seale in the moment that a white guard decided not to block this contingent. “He was opening the door in a manner of ‘Yes, sir, you sure can come in. You have the gun.’ And he opened the door in a very humble manner. Like a servant. Like a vassal. That was the way he opened that door. He was scared.”

For black folks like Seale, the gun was the key to doors that had been closed for generations.

The Panthers were arrested later, after they left the building, but the point was made. This was a world in which a man would be judged by the caliber of his weapon instead of the content of his character.

I was a white, middle-class teenager when these events occurred. I read books like these now because I’m still on that journey, trying to sort out my feelings about King, Malcolm and Seale. For that matter, I’m wondering why we chose Mickey Mantle over Willie Mays or The Monkees over The Temptations. It’s a question we must ask ourselves: How much of this is about race?

With 50 years of history on our side, we know that Seale’s vision of a well-armed black populace did not result in better lives for all involved. Read it for yourself, but I believe the Black Panthers were just as wrong about the future as Dr. King and Malcolm X were.

In this hateful era, white and black folks alike are arming themselves at a furious rate.

I get the sense that this nation’s greatest need is for a real family meeting on race, but we need to cool down first. We need to listen more and read more, so we are less ignorant when the day comes.