Every morning on my commute I pass a house I call the John Bellairs House. The gothic children’s book author, who graduated from Notre Dame in 1959, has no connection to the building, but something about it — a faded yellow, rumpled collection of several stories and many windows, its Victorian flourishes somewhat hidden by copious hedges and old trees — reminds me of the images conjured on summer days when I would immerse myself in one of Bellairs’ books during a family car ride. 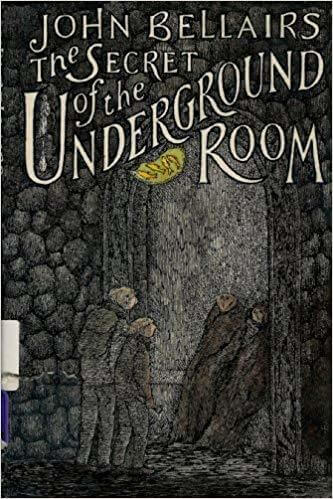 Over the past year, in between more serious tomes on American history, Western epics and spy novels, I’ve been revisiting my Bellairs collection and am unfortunately now on The Secret of the Underground Room, the last of his popular Johnny Dixon series to appear before another writer took it over once Bellairs died in 1991. Bellairs had three protagonists, but Dixon — a bespectacled youngster with a cantankerous professor and goofy jock as close friends — had my favorite adventures.

Secret repeats a lot of the author’s preferred tropes. It has the inciting supernatural incident that somehow surprises these incorrigibly skeptical veterans of fantastical journeys (a priest friend mysteriously disappears), enchanted objects (a piece of a stained glass window and a spoon carved to look like St. Thomas the Apostle), and the esoteric, conspiratorial backstory, recounted in almost-casual conversation (a secret society is trying to raise the dead). We also find the familiar, loving descriptions of desserts Dixon and his friends enjoy along the way.

Bellairs had a penchant for employing sometimes literal deus ex machinas to solve central conflicts, but few authors from my youthful reading had such a command over the moods they created, or of making the banal seem suffused with the spiritual. The Edward Gorey drawings in many of the original editions were a bonus in that regard.

I was not surprised, long after I read his books religiously, to discover that Bellairs went to Notre Dame; someone who has walked through God Quad in the middle of a snowy, pitch-dark winter night would have a grasp of how the world can appear both beautiful and sinister, alluring and dangerous. I’m also pretty sure he stole some details from the basilica for the Dixon family church, which is a fun little thing to come across all these years later.

Bellairs had great command of his characters. They have recurring quirks — Professor Roderick Childermass smokes like a chimney and takes his out his physical frustrations from grading student papers in a “fuss closet,” while Johnny has a weakness for crackers and serialized radio — but they are more grace notes than melody. The writer also maintains a believable refrain of the ways even a normal world can be strange and frustrating to kids — let alone one inhabited by evil wizards. Will the youngest be taken seriously, or will they be ignored?

Although last year’s film adaptation of The House with a Clock in its Walls, Bellairs’ first children’s mystery novel, was relatively well reviewed, I’ve avoided watching it so far. I’m not sure how well his stories, latticed with his own unique literary personality and the remnants of his Catholic education in northern Indiana, would translate to the screen. I prefer for now to revisit his world through the page and to find it waiting for me around the corner on my morning drive.

Liam Farrell ’04 is a writer who lives in Maryland.