Lost in the darkness of yet another show hole after finishing AMC’s Turn: Washington’s Spies, I sought a light, a fix. I was hooked on the show, a dramatic telling of the workings of the Culper Ring — a group of American spies under the direction of Gen. George Washington during the Revolutionary War — and the British soldiers hustling to uncover and dismantle them.

When it ended after four binge-worthy seasons, now available on Netflix, I needed to know more. I suppose I could have read the Alexander Rose novel that served as the basis for Turn, or any number of histories or biographies, but a supporting character caught my eye: Mrs. Peggy Shippen Arnold. 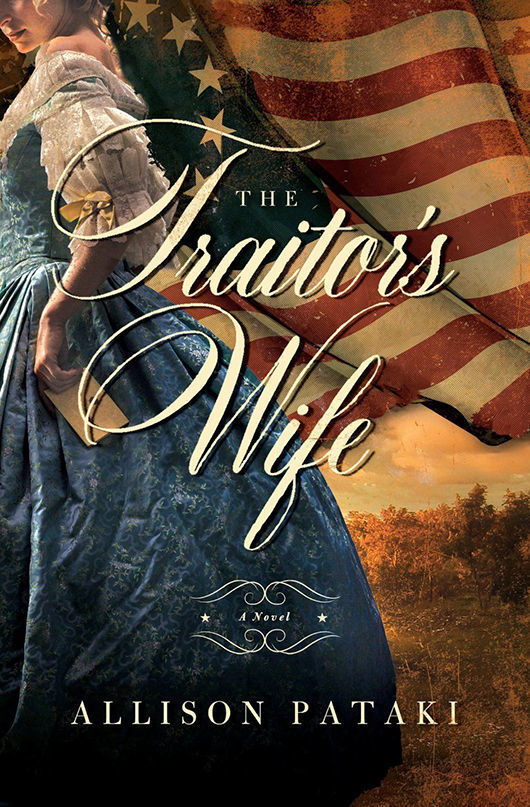 The wife of the duplicitous American Maj. Gen. Benedict Arnold, who fled to the protection of British military authorities after his plot to surrender West Point was exposed, Peggy Arnold was, on the surface, a young and popular Philadelphia socialite. But the show suggests she may have been the true mastermind behind the scheme to sell out the fledgling United States. Though seemingly coquettish and naïve, she’s cunning, and may even be the driving force behind her husband’s infamous treason. The idea of an 18th century woman puppeteering some of the most infamous men of that era seemed too bold to be true.

The Traitor’s Wife, the debut novel by journalist Allison Pataki, corroborates some of the show’s suggestions about Arnold, and accentuates her role in turning her husband’s loyalty. The book focuses on Arnold’s oft-ignored life and role, as told through the eyes of her fictitious, all-seeing maid, Clara Bell.

Pataki pays careful attention to historic moments and characters throughout the novel, more than she had intended. She writes in the book’s supplemental reading, “it wasn’t long into my research that I realized I was dealing with some very intriguing material, and that the cast of characters I found, along with the events that unfolded around them, had the potential to inspire a very salacious plot.” She goes on to draw similarities between Shippen and Lady Macbeth — an unsettling but fascinating comparison.

In Pataki’s telling, before Peggy Shippen is wed, she and much of Philadelphia society are Tories, colonists loyal to the British. In particular, she is fond of a British officer, Maj. John André. When the British are chased from town by American forces, Arnold sets up camp and becomes rapt by Miss Shippen. Whether she loves Arnold or marries him simply to play her role in the eventual treachery is up for debate, but historically, Shippen is indeed linked to the correspondence between Arnold and André that initiates Arnold’s betrayal.

Some readers have noted anachronisms in the novel’s details — but I’m no historian, just a storyteller and story-inhaler who was not bothered by such things. And, siding with Pataki, I think the fictional creation of the maid allows for a more compelling look at America’s first femme fatale. Clara Bell’s voice also shines light on the class system and the role of wealth during the war, and allows for a tangential romance to help move the plot forward.

The narrative quickly carried me through the entire novel, an intriguing account of a woman about whom I knew very little. But while The Traitor’s Wife was an enjoyable read, I think Pataki’s second novel, An Accidental Empress, about the Austro-Hungarian empress, Sisi, is a stronger piece of writing.

Now if only Netflix would buy the rights to that book, I’d have a new show to watch.

Tara Hunt McMullen, a former associate editor of this magazine, is now a freelance writer in North Carolina who swears she is neither a coquettish spy nor a turncoat manufacturer.