Tribes are a hot topic today. Brigham Young University political scientists recently found that Republicans especially consider their party more of a tribal affiliation than an ideological commitment, which is why GOP voters and politicians can so quickly flip from, say, free-trade enthusiasts to high-tariff nationalists. A Democratic candidate opposing same-sex marriage would not likely make it through a primary today, but that position was the norm eight years ago. Meanwhile, pundits like Thomas Edsall lament that Donald Trump is forcefully separating Americans into their base tribal groups to win political advantage by picking fights with NFL players who kneel for racial justice. 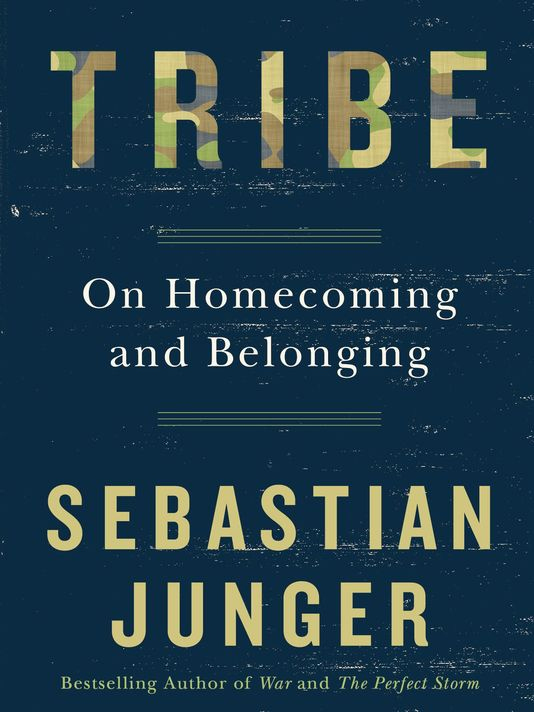 Andrew Sullivan argues in a recent New York magazine essay that, aside from the Civil War, America has fortunately remained free of the tribal violence that constantly threatens many other countries — until now. “When three core components of a tribal identity — race, religion, and geography — define your political parties,” he writes, “you’re in serious trouble.” That pretty much describes the current electoral map.

Our tribal tendencies may have a flip side: a way in which, properly harnessed, tribal instincts and behavior might alleviate other scourges of modern society such as loneliness, depression and lack of purpose. That’s the idea behind Tribe: On Homecoming and Belonging, the recent book by journalist Sebastian Junger, author of The Perfect Storm and a longtime war correspondent.

Tribe is about “what we can learn from tribal societies about loyalty and belonging and the eternal human quest for meaning,” Junger elaborates in his introduction. “It’s about why — for many people — war feels better than peace and hardship can turn out to be a great blessing and disasters are sometimes remembered more fondly than weddings or tropical vacations. Humans don’t mind hardship, in fact they thrive on it; what they mind is not feeling necessary. Modern society has perfected the art of making people not feel necessary.”

Junger’s experiences while embedding with American troops in Afghanistan and other wars clearly influence this book. The feelings of loss many soldiers experience after war are not simply about physical or psychological injuries, he argues, but about the lack of purpose they feel when they no longer have a band of brothers around them and a clear, compelling mission to accomplish.

I recently interviewed a veteran for a story about going back to college, and I asked him whether a university could foster the kind of community he’d found in the military.

“In terms of camaraderie, obviously you’ve got a lot more skin in the game in the military,” said former U.S. Army ranger Tim Hopkins, a Notre Dame senior. “You’re up against life and death, so there’s higher levels of trust between you and close friends. I don’t think you can duplicate that anywhere in the world other than combat.”

Junger walks readers through American history, tracking the transition from tribal Native American societies to the modern nation-state. For centuries, he writes, America’s western frontier represented a dividing line — and a stark choice — between the two worlds of the European settlers and the Indian tribes. Thousands of people passed back and forth across this border, sometimes by choice but often through war and abduction.

Benjamin Franklin noted in a letter to a friend in 1753 that a surprising number of Americans joined Indian societies, but that the opposite rarely happened. He lamented this apparent rejection of civilization, saying Indian children “brought up among us” can’t be persuaded to stay. Yet, he added, Europeans returned from captivity among the Indians soon “become disgusted with our manner of life . . . and take the first good opportunity of escaping again into the woods.”

Junger sees agriculture and industrialization fundamentally changing human existence by allowing private property, independence and wealth accumulation at the expense of the close social ties, egalitarian customs and intensely communal living conditions that had characterized eons of human history. The result, he says, has been a serious and lethal disruption. Even now, rates of depression and suicide often increase in lock step with affluence and urbanization. Middle-aged white men have the highest economic status and highest suicide rates in America; the World Health Organization has found that people in wealthy countries suffer depression at a rate as much as eight times higher than that found in poor countries.

He cites a 2012 study in the Journal of Affective Disorders that concluded: “In effect, humans have dragged a body with a long hominid history into an overfed, malnourished, sedentary, sunlight-deficient, sleep-deprived, competitive, inequitable, and socially-isolating environment with dire consequences.”

On the other hand, he writes, disasters from earthquakes to the London Blitz often “thrust people back into a more ancient, organic way of relating” that allows a “reassuring connection to others” and wipes away human distinctions like class and race. For Junger, the tragedy of the modern world is that it rarely requires people to commit to the collective good.

What about the post-traumatic stress disorder so commonly diagnosed among soldiers and veterans, which Junger himself experienced after his journalistic work on the front lines? He argues that this enormous problem — the U.S. spends about $4 billion annually in compensation to affected warriors and their families — is less about battlefield trauma than about re-entry into society. What bothers soldiers most is not the carnage of war, but the post-war loss of deep interpersonal bonds.

Tim Hopkins, the student veteran, told me that after he gets his degree, he plans to go back into the Army. Not as an officer, but once more as an enlisted man, because he feels he has more yet to do.

Tribe is about the positive aspects of these tribal associations that come from our long human history. The current breakdown of our political system into warring tribes doesn’t contradict Junger’s thesis. Instead, the book shows us how we might these use these forces for good — by helping our returned soldiers, or by forging a common sense of solidarity that eases our isolation — rather than crassly exploiting them for political gain.

Brendan O'Shaughnessy works in communications for Notre Dame. A former teacher and Indianapolis Star journalist, he is the co-author of three Notre Dame books for children.