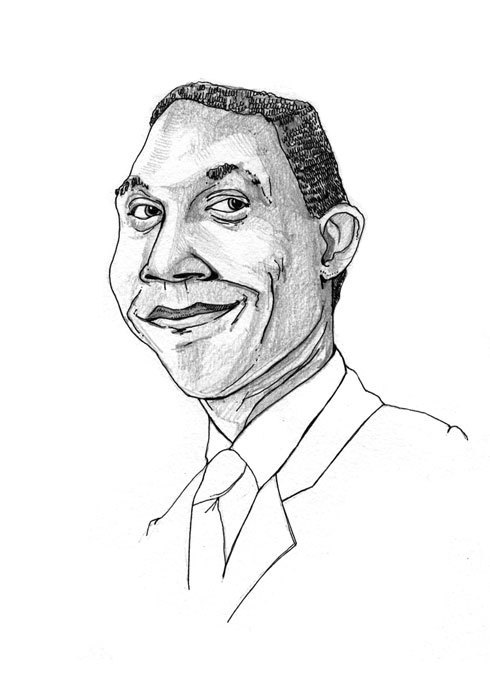 Rob Nabors ’93 is President Obama’s deputy chief of staff. . . . Thaddeus “T.J.” Jones ’89 serves on the Pontifical Council for Social Communications — he’s the pope’s Twitter guy. #Wow. . . . John Sears ’60 was Ronald Reagan’s campaign manager and Richard Allen ’57, ’58M.A. was President Reagan’s national security advisor. . . . Kelvin Edward Felix ’69M.A., archbishop emeritus of Castries, Saint Lucia, was elevated to cardinal in February. . . . Mike Carroll ’68, whose 1990 photo documentary on Romania’s war orphans and child victims of AIDS attracted international attention, started and is president of Romanian Children’s Relief, with two dozen professionals and about 500 volunteers supporting more than 2,000 abandoned and handicapped children annually. . . . In 1963, Sonnie Wellington Hereford IV ’79 became the first African American to attend a previously all-white primary or secondary school in Alabama, despite attempts by then-Governor George Wallace to block his entrance. . . . Ignacio E. Lozano ’47, who was once a U.S. ambassador to El Salvador, has been editor, publisher and now chairman of the board for La Opinión, the major Spanish-speaking newspaper based in Los Angeles. . . . Ernesto Pérez Balladares ’67, ’69M.A. was president of Panama from 1994 to ’99. . . . 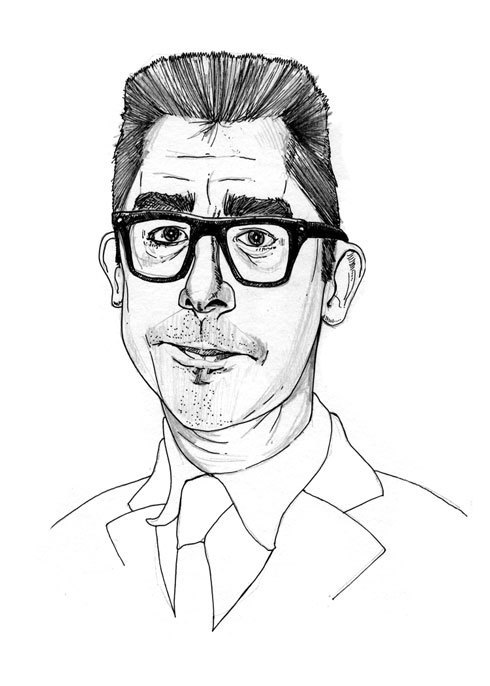 After Visiting Friends: A Son’s Story, by Michael Hainey ’86, deputy editor of GQ magazine, was a New York Times bestseller and one of Amazon’s “Top 100 Books of 2013.” . . . John Phillips ’66 is the U.S. ambassador to Italy. . . . Sean Smith ’09 has moved to Bermuda to train to sail around the world. . . . Tara Hyer Tira ’08, an all-Big East diver for the Irish, has moved to the high, high dive, competing in the 2013 FINA World Championships in Barcelona and the Red Bull Cliff Diving World Series in Malcesine, Italy. . . . Jimmy Small ’08, selected in 2012 as of one the sports industry’s 10 next stars under age 30 from around the world by SportsPro Magazine, was named by NASCAR in December as president of the Iowa Speedway, the first race track the sanctioning body has ever owned. . . . Thom Browne ’88, founder and head of design for his own clothing brand, was the Council of Fashion Designers of America’s designer of the year in 2006 and again in 2013, and GQ magazine’s designer of the year in 2008. . . . Tom Thompson ’72 was a hospital administrator in Chicago and California (where he also owned an Albanian restaurant) before taking a wide turn to Austin, Texas, a few years ago and becoming a chauffeur — sharing the road with Sean Penn, Carmen Electra, Drew Barrymore, Courtney Love, Jennifer Love Hewitt, Harry Connick Jr., Elton John, Ben Harper, Coldplay and Kings of Leon, Charles Schwab, Ross Perot Jr., the president of CBS, the president of Shell Oil, the crown princes of Bahrain and Morocco and, for Lady Bird Johnson’s funeral, Lynda Bird Johnson and Senator Chuck Robb. When Thompson was at Saint Mary of Nazareth Hospital in Chicago (run by a Polish order of nuns), he gave a tour to the Archbishop of Krakow; three months later Karol Wojtyla became pope. . . . Molly Huddle ’06, a 10-time All-American, took sixth place in the 5,000-meter run at the 2013 IAAF world championships in Moscow — the highest finish ever for an American woman. . . . 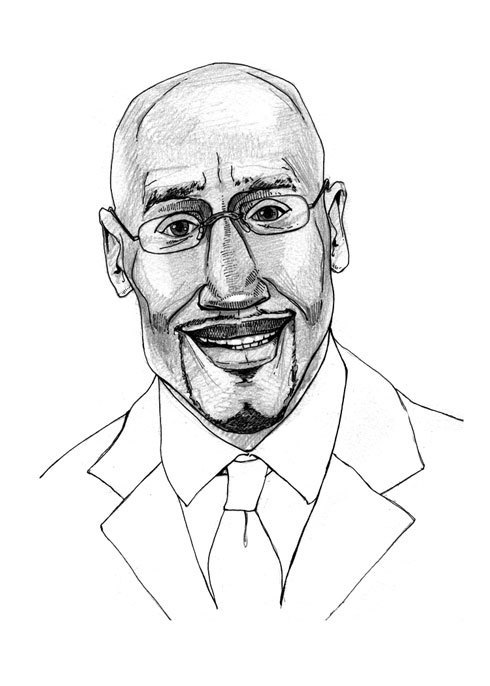 Levi Harrison ’87 can be heard each Wednesday on LA Talk Live’s The Dr. Levi Show. The orthopedic surgeon, trainer, and health and fitness expert has also appeared on the Dr. Oz Show and is the author of The Art of Fitness: A Journey to Self Enhancement. . . . Greg Aiello ’74 is vice president for public relations for the NFL. . . . A physician, Pedro Rosselló ’66 served as governor of Puerto Rico from 1993 to 2001. . . Jack Seiler ’85 is the mayor of Fort Lauderdale. . . . As a federal public defender in Sacramento, Quin Denvir ’62 represented Unabomber Theodore Kaczynski in 1998. . . . 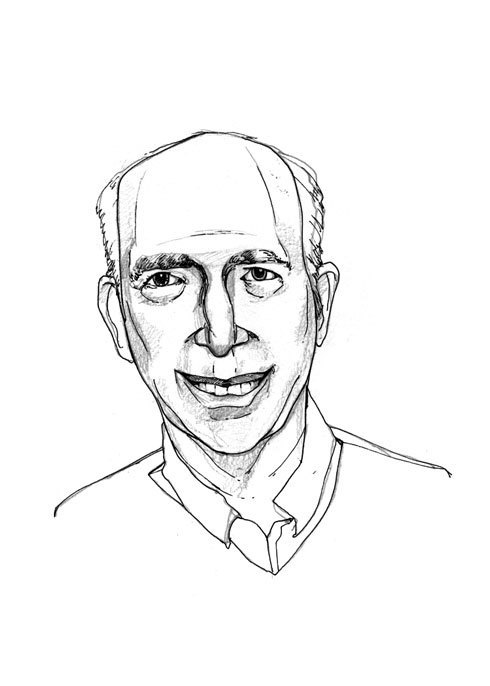 Dr. James Muller ’65, a Boston cardiologist who served on the Harvard Medical School faculty for 25 years, was a co-founder of International Physicians for the Prevention of Nuclear War. He and IPPNW were awarded the Nobel Prize for Peace in 1985. . . . Dr. John Pastore ’63, who was executive secretary for IPPNW when it won the Nobel Prize, has also served as president of Physicians for Social Responsibility and has traveled to Iraq and North Korea to encourage dialogue and peaceful relations. . . . President and CEO of Sprint Nextel Dan Hesse ’75 became the face of his communication company, appearing in a series of TV commercials for the firm. . . . 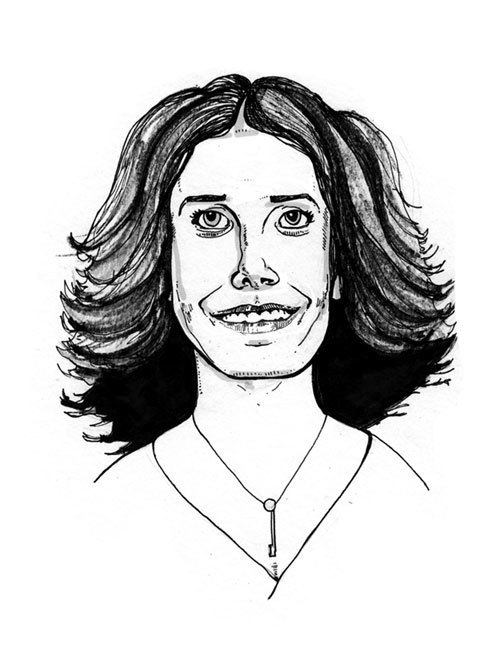 Kara Spak ’96, who won $85,000 as a five-time Jeopardy champion in 2010 and another $10,000 as a 2011 Tournament of Champions wildcard semifinalist, fell just short of making the show’s Battle of the Decades Tournament, despite being voted one of five fan favorites. . . . Joe Garagiola Jr. ’72 is the senior vp of standards and on-field operations for Major League Baseball, while James Gates Jr. ’81 is the library director for the Baseball Hall of Fame. John McHale ’71 is an executive vp for Major League Baseball. . . . Mike Crowley ’85 is president of the Oakland Athletics, and Larry Dolan ’54, ’56J.D. owns the Cleveland Indians. Paul Dolan ’83J.D. is the team’s chairman and CEO. . . . Ted Phillips ’79 is president and CEO of the Chicago Bears. . . . 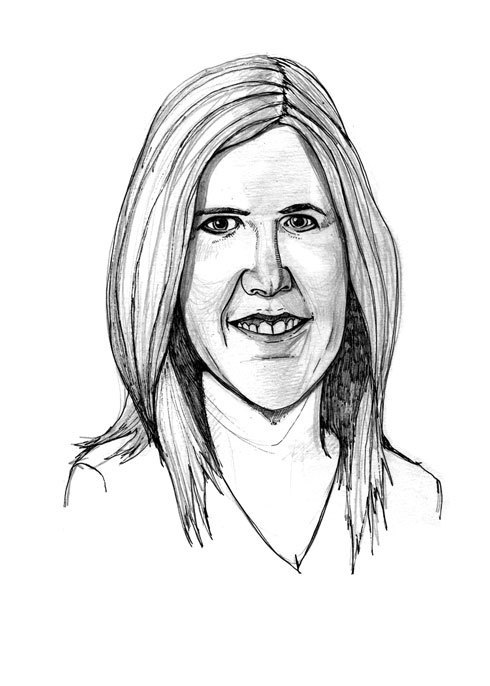 Katie O’Connell ’91, who developed 24 and Arrested Development for Imagine Television, and Chuck, Life and 30 Rock as a senior vice president at NBCUniversal, is now CEO of Gaumont International Television, the U.S.-based TV production arm of the French film studio. . . . Joseph Scheidler ’50 is the national director of the Pro-Life Action League. . . . Anthony Chia-hung Ku ’75M.S. is president of China University of Technology, Taiwan. . . . When Chicago attorney Mark Mitchell ’96 was on the tarmac at the Naval Air Station near San Diego, he was surprised to encounter Greg Bell ’84, the former Irish and NFL running back, also wearing a life-jacket, helmet, goggles and ear plugs for a flight to the aircraft carrier USS Carl Vinson, 150 miles off the coast of the Baja Peninsula. Mitchell, who gives lectures in maritime history and naval science for the Chicago Yacht Club Foundation, was there to learn about life aboard the most powerful of America’s ships. Bell was visiting as founder and president of the Athletes for Life Foundation, which mentors and provides life skills camps in Southern California. After their “arrested landing” (in which the plane was caught by its tail hook), they deplaned and pulled off their helmets, each donning a Notre Dame cap, which drew smiles and occasional thumbs-up signs from officers and enlisted men as they headed to meet the commander of the Carrier Strike Group — who just happened to be Admiral Christopher Grady ’84. The visitors got the VIP tour over the next two days before being catapulted off the ship and back to San Diego. . . . John P. Walker ’78 is a producer at Pixar. . . . Marc Maurer ’74 is president of the National Federation of the Blind. . . . The late Tom Judge ’57 was the governor of Montana from 1973 to ’81. . . . Bill Jordan ’85 and Nancy Brennan-Jordan ’85 founded and direct the Let’s Share the Sun Foundation to extend the use of solar energy to those living in poor nations where sun is abundant but fundamental resources are not. . . . 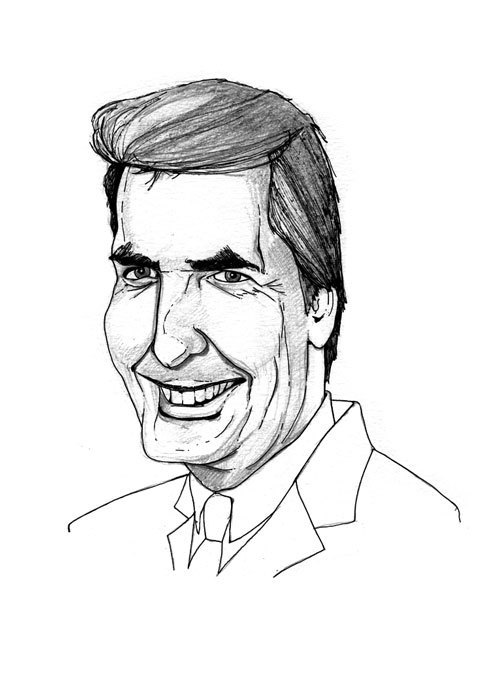 Philomena, a movie that generated buzz during the 2014 Oscar season, tells the story of Philomena Lee’s search for the son she gave up for adoption when she was an unwed, teenage mother in Ireland. That son, raised by his adoptive parents in St. Louis as Mike Hess, graduated from Notre Dame in 1974 and would later serve as chief legal counsel for the Republican National Committee during the Reagan-Bush era. He died of AIDS in 1995 at age 43 and requested that his ashes be buried at the convent where he was born, in hopes that his birth mother might find his grave. . . . Joe Newman ’36 is running for representative at age 101 in Florida’s 16th congressional district. . . . A vocation called him to be a priest. Circumstances called for him to be a magician. For 41 years Father Jim Blantz, CSC, ’55 has been performing magic shows everywhere from hospitals in his hometown in Arizona to the Magic Castle in Hollywood to celebrities’ homes. All the money he makes off of his sleight-of-hand tricks, his regular blood donations (he’s donated 184 pints of blood to date) and his odd jobs working concession stands at NFL games, goes to the Holy Cross missions abroad. . . . ND teammates David Bruton ’09 and Golden Tate went head-to-head in Super Bowl XLVIII with Tate’s Seahawks walking away victorious. . . . 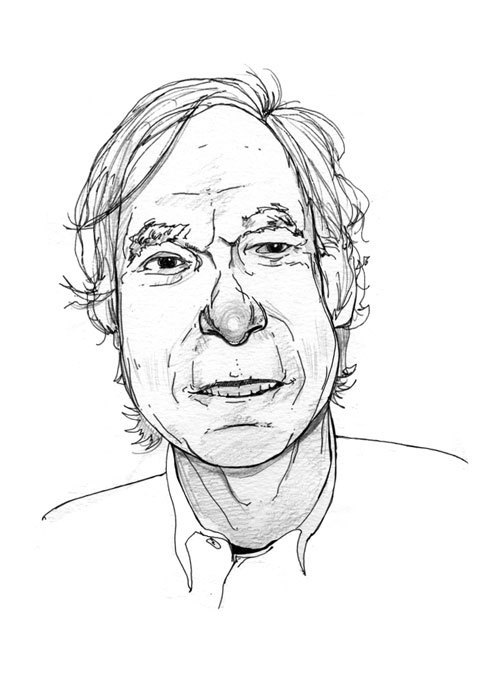 Gene Bertoncini ’59 is a classical and jazz guitar virtuoso whose recording and performing career spans decades. . . . Yi Jian Gu ’50 is the former secretary general of the Chinese Academy of Sciences. . . .
Driving around Boston during the frigid winter, Dr. Jim O’Connell ’70 and his team from the Boston Health Care for the Homeless Program picked up homeless people who might succumb to frostbite. The winner of the Albert Schweitzer Prize for Humanitarianism in 2012, O’Connell now serves as president of the Boston group he helped found back in 1985. . . . Now a Tulsa Shock guard, Skylar Diggins ’13 was featured in the 2014 Sports Illustrated swimsuit issue. . . . Bob Solis ’84 founded Open Arms Home near East London, South Africa, in 2006, which aims to house and serve 53 orphaned children. Each year he hires two ND graduating seniors to work in the home for one year and employs several undergraduate students each summer. . . . Vicente (Ben) Blaz ’51, who died in January, came to ND after spending his teenage years in a Japanese internment camp during WWII. He was the first non-Caucasian, and first person from Guam, to be named general in the Marine Corps. He later served as a congressman from Guam.